13 Dangerous Women From Mythologies Around The World

Woman can nurture and give care. They are also rulers and monarchs. However somewhere between those two roles, dangerous women have used seduction and beauty as their most powerful weapons. Feminine wit and charm have brought men and civilizations down on their knees in front of these dangerous women. Here is a trip down the memory lane, looking at the 13 most seductive, beautiful and dangerous women in myths and legends, who have lived on as tales even today. 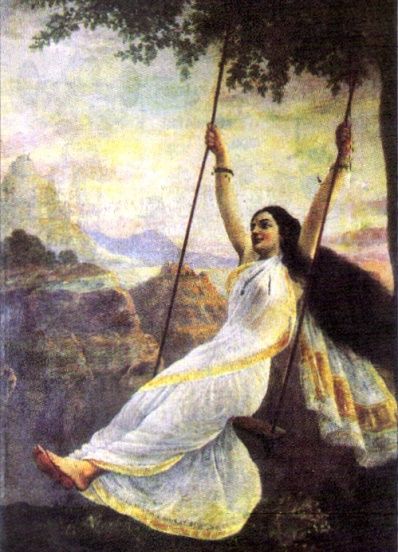 The only female incarnation of God Vishnu. Her name literally means, seduction personified. In Ganesha Purana, king Virochana, was gifted a crown by the Sun God. It protected him from everything. Mohini seduced him and stole the crown. With all protection lost, Vishnu came and killed him. Having an incarnation is amazing. 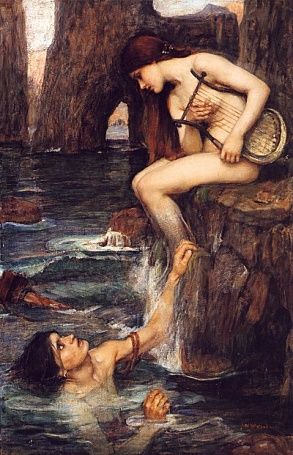 Sirens were always depicted as the exotic mix of a bird and a woman. These dangerous women were extremely beautiful and their voice was irresistible. Quite literally. The principle went something like, your soul can’t resist their songs and their soul can’t resist your flesh. They will lure you to them with their songs and eat you up. Although, they promise you that you will live on to tell others about them. This is just brilliant advertising. They were also biased towards sailors, maybe they tasted better? 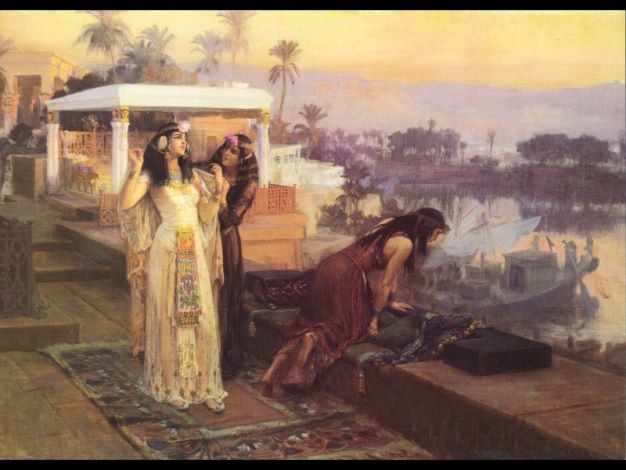 After the death of Cleopatra’s father, things weren’t going good for her and her brother. They lived with Cleopatra’s husband Ceaser. Cleopatra refused to share power and slowly, took over everything. However Cleopatra was going against the rule book. Female rulers were not allowed to supersede male rulers and therefore Cleopatra was exiled. What could she do now?

Ceaser had every plan of annexing Egypt, and she knew that. So, she smuggled herself into the palace and remained his mistress for nine months and bore him a son. That restored Cleopatra back into power as Ceaser didn’t want to annex Egypt anymore. 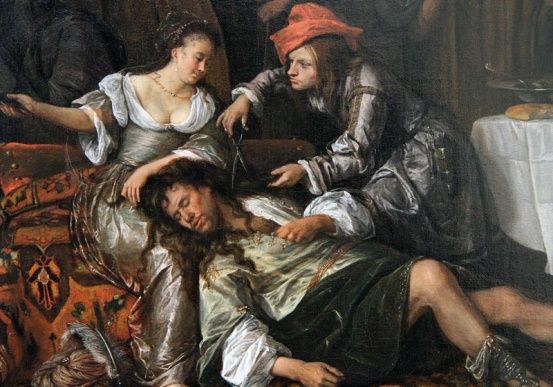 Samson, a very strong man had his knees weak for Delilah. Like always, the strong have stronger enemies. Samson’s enemies approached Delilah, promised her money she never saw and in return, asked her to find out the secret of Samson’s strength. With her charm, she succeeded in getting the truth out. The strength was, not cutting his hair as he vowed to a god. She had his hair shaved while he was asleep. Delilah was the fall of Samson.

When you are beautiful and your husband can be very easily led, you can sometimes go overboard. Jezebel was married to King Ahab. After her marriage she promoted her religion to such an extent that she went as far as to destroy other prophets. She was merciless and ruthless and all for promoting her religion. Eventually, she was thrown out of the window by her courtmen. 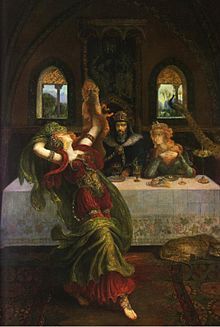 Herod held a huge birthday party for himself. He invited the who’s who of the land and Salome, danced that night. The dance that had Herod so captivated, he called her to him and promised her anything she wanted from him. Salome’s mother had a grudge against John the Baptist. So, naturally, Salome asked for the head of John the Baptist. Reluctantly, in order to keep his word, Herod executed John. All because Salome had killer moves. 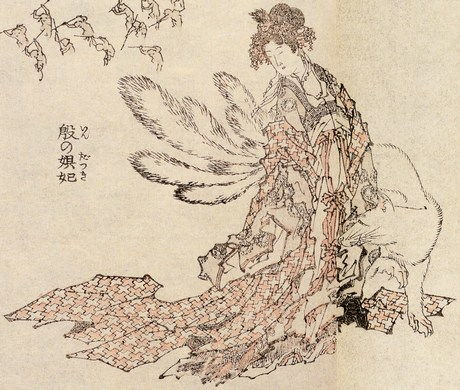 Daji was from a noble family but she lead the pack of dangerous women. King Zhou was heels over heads for her. He fascinated him to no bounds. That was perfect for Daji. King Zhou built her an exotic zoo, he called musicians to compose music for her. He invited 3000 guests for a dinner and had them play a cat and mouse game, naked. All this, to amuse Daji. She was quoted, saying she enjoyed hearing the screams of those dying in pain. Paolao, a torture technique, is entirely to her credit. How fatal must a female be to have a torture technique be credited to her? 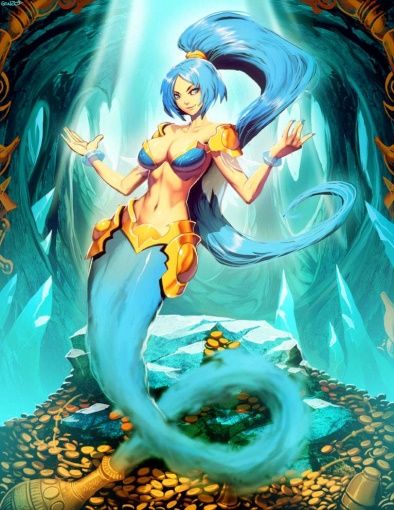 Northern Moroccan myth holds credit for this beautiful woman. Qandisa had two shades, one a Goddess of lust and another, just a demon, both equally terrifying. She dwelled in rivers and springs and seduced young men  to drive them insane. The terror was so real that sacrifices were made to her in the summer solstice, just to make sure she stayed calm and the place wasn’t robbed off of all young men. 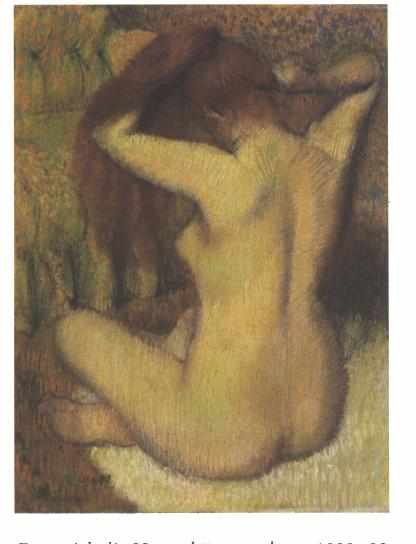 The name literally means, woman and a net. A woman who captures men in her net to destroy them. You are walking down the road, aimlessly and you see the back of a beautiful woman with long flowing hair. She begins to move as to you start to follow her. Now, you are in deep, deep forest, wishing for her to show her face at last. She grants your wish. You may now die in peace knowing that she has the face of a skull or a horse. Sweet dreams. That’s who Sihuanaba was. The minute anybody would see her face, the person would become insane and would get lost in the forest forever. 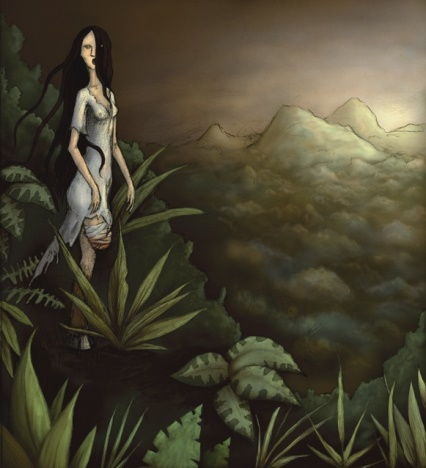 A hard working logger or a hunter in the forest, minding his own job is not left alone. The moment his thoughts wander to a woman and lust overtook him, Patasola appeared before him in the form of his wife or a beautiful woman. She though, is one legged owing to a curse. She would lure the man to a desolated place in the forest and then revealed her true self. Patasola would suck the blood from his veins and fed on his flesh. 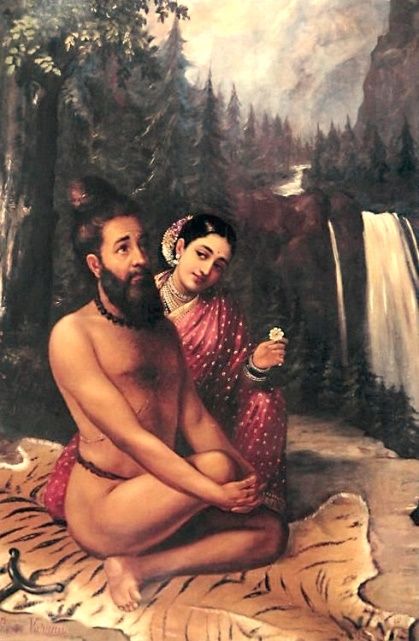 Menaka was one of the most beautiful celestial nymphs, Apsara, out there. Vishwamitra, on the other hand, was in a severe penance that threatened even God Indra.  So, Indra sent Menaka down to Earth to seduce Vishwamitra and break his penance, which she did, successfully. 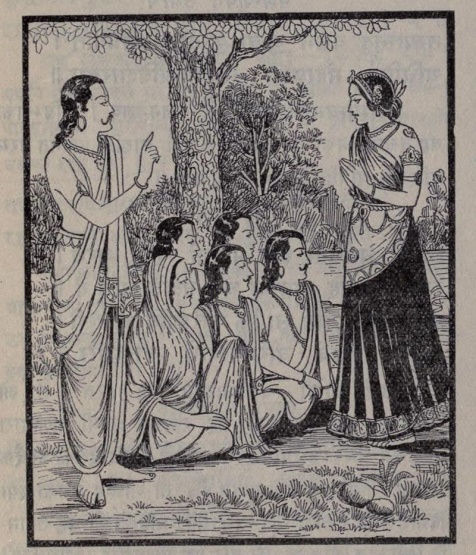 Hidimb and Hidimba, brother and sister, both rakshas, used to live in a forest. One day, Hidimb sensed the presence of Bheem in the forest. So he sent his sister, Hidimba, to lure him to him, so he could be eaten. Hidimba took the form of an extremely beautiful woman and went in front of Bheem. Well, instead of being vicious and merciless, she fell for him. One could see her brother doing a giant face palm at the very moment. What followed next were her relentless requests to marry Bheem, which she eventually succeeded in by showing a desire to bear Bheem’s child. 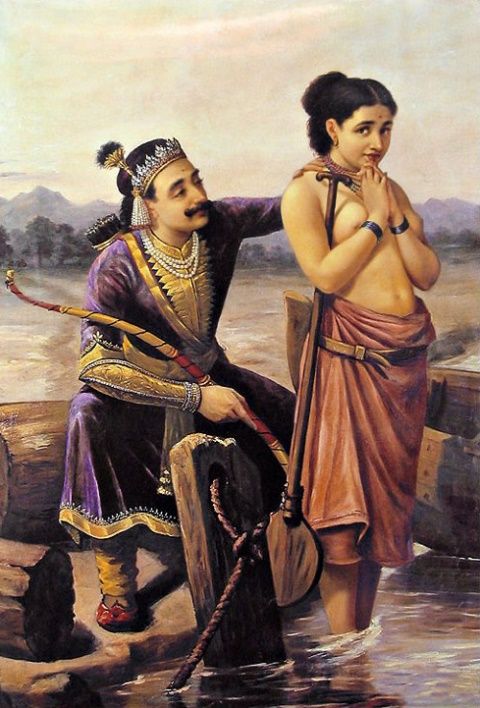 King Shantanu of Hastinapur from the epic – Mahabharata, wanted to marry Satyavati. Satyavati had a condition. Her offspring should be given the right to throne. Well, all wasn’t well with that. King Shantanu had already pledged the throne to his son, Bhishma. So, he left her at that. Later, when his son saw that his father was feeling dejected, he went to Satyavati  and gave up on his right to the throne. To fulfil their conditions, he took a vow of celibacy so that, even his children wouldn’t have the claim. Satyavati’s wit or Bhishma’s vow, eventually led to Hastinapur’s fall.

And that is how dangerous women had their way. Then there is your wife, who took it all with her looks and charm and whatever that you fell for. Relatable much?