If Dhinchak Pooja Can Become Famous Then So Can You

Do you know Dhinchak Pooja? Have you remotely heard of her? Well she is a YouTube sensation! So much so that Sonu Nigam recreated the original “Scooter” song sung by Dhinchak Pooja! Here’s the sensational song which even if felicitated by Grammy Awards will not be enough!

If you’re like me then while growing up you must have been always told that to be famous, you need to work hard and do a lot of good. We were also given examples of famous actors, singers, freedom fighters, scientists and the like to draw inspiration from. However, as we live more and more on social media, this landscape has begun to change. In 2017, we saw some people get fame and recognition for absolutely no good contribution whatsoever. Here is the list of random people who became famous in 2017:

Well, we all know her. Her singing is so bad, that it’s good. She has become the symbol of the “youtube success” dream with more than a million hits for 3 out of 4 songs made by her. In this day and age when music is anyway getting fickle, her songs are a example of what it means to repeat yourself, out of tune, with no sense of cinematography. 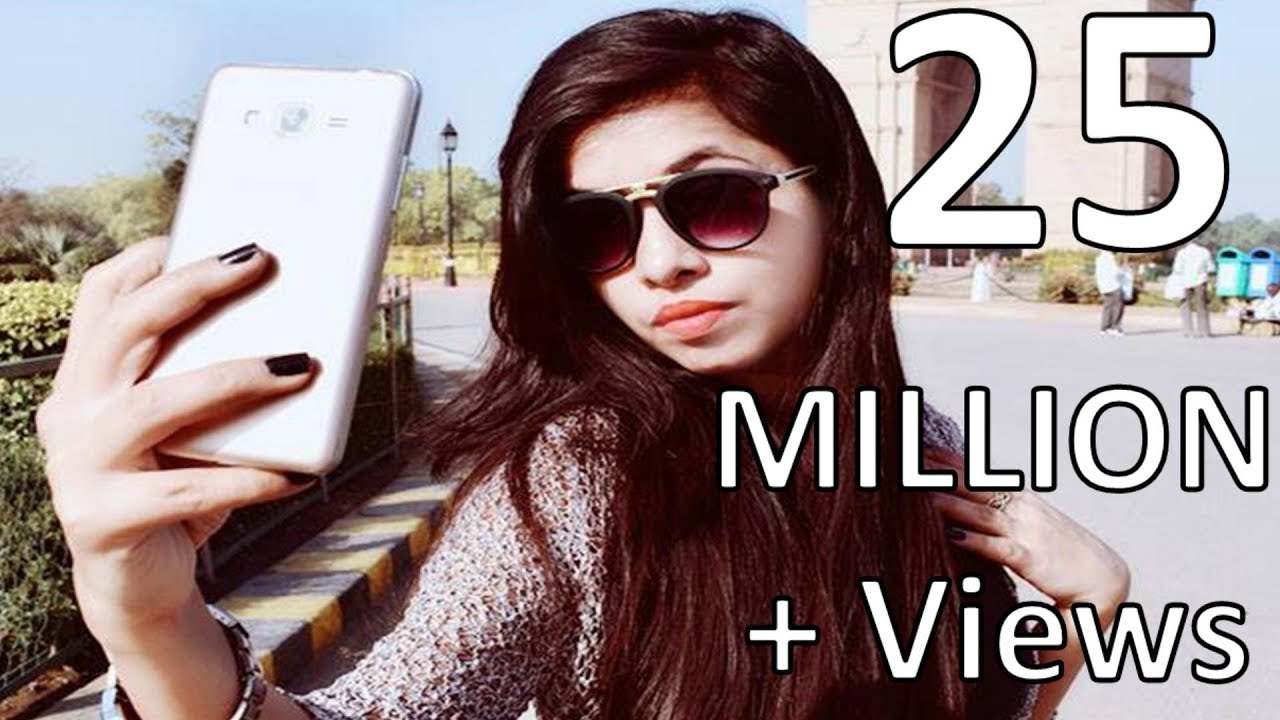 Dhinchak Pooja’s brother in bad music, is Omprakash Mishra. His song “Aunty andar au kya” is not only bad music, but also rampant misogyny. His lyrics hint on borderline harassment of some lady who lives in his neighbourhood. If it wasn’t bad enough as it is, his song was part of a mass event celebrating forceful sex and lack of consent in Delhi! A Quint reporter tried to take down this event. She also got his song removed from Youtube. However, she was harassed on social media by Omprakash and his fans, even given rape threats.

Padmavati is a movie that is famous for all other reasons except for its content. Karni Sena, a conservative right-wing group, has split a lot of virtual blood over this movie. According to them, it is insulting the Rajputs. Never mind the fact that the present day women of Rajasthan need more saving from crimes than a fictional queen.

With the arrest of Ram Rahim, his right-hand woman/daughter has come to the fore. Apparently, Honeypreet Insaan is his adopted daughter but many people have hinted on something less innocent than this. She has been implicated in some of his crimes and is currently in custody. She has a charge of inciting violence on the day that Ram Rahim was convicted.

Taher Shah was made famous by the “Angel” song. He is originally a Pakistani artist. The song was so surreal that no one could understand it. Apparently, a lot of random fame can come from bad music, and maybe Dhinchak Pooja would be leading this battalion! 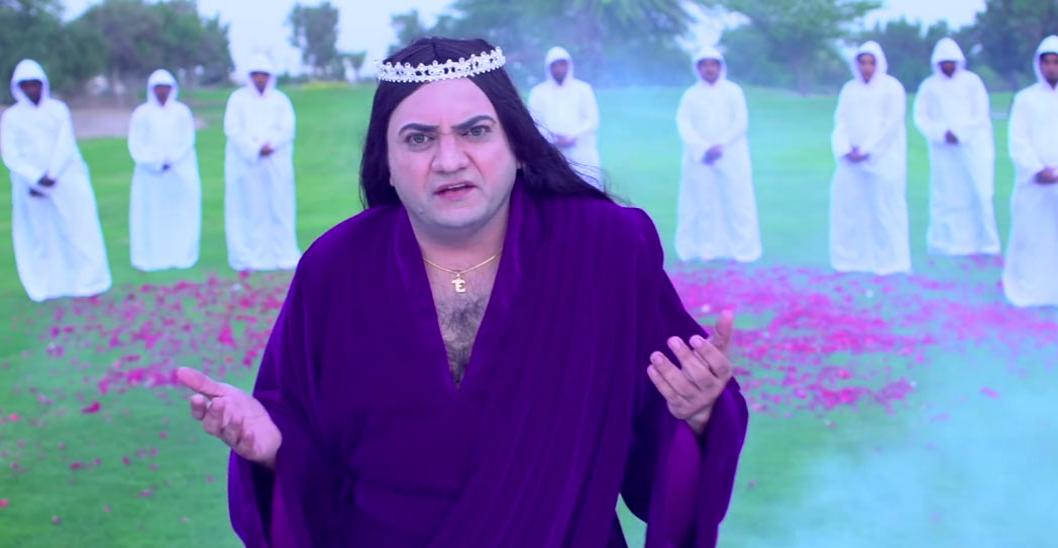 His song was the one that Malishka used as an inspiration when mocking BMC for the bad condition of Mumbai’s roads. Yes, Ajay Kshirsagar was the one who made “Sonu, tula majhyavar bharosa nai ka”, but the song didn’t even pick up much till Malishka appeared. Talk about a fame ride for free!

He is a self-made “actor” from Bangladesh with videos as good as those made by Omprakash Mishra. He takes inspiration from Shahrukh Khan for his moves and songs and is quite the heartthrob in Bangladesh. 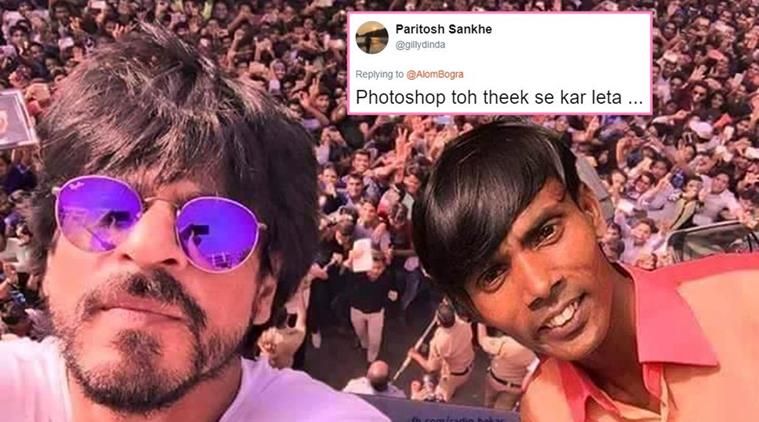 She is the 18 year old girlfriend of Milind Soman, who is 52. Her claim to fame was a picture that Milind Soman put of him and her on Instagram. People are shaming the couple for the age difference but it doesn’t look like they care.

She is Yuvraj Singh’s ex sister-in-law. She was married to his brother Zoravar Singh and was a Bigg Boss contestant. While she was one of the less dramatic contestants, it still did not stop her from giving out details of her married life and in-laws. Apparently the family is not happy that she is washing dirty laundry in public.

Having made a blink and miss performance in Hate Story, Bhairavi Goswami made a rather below the belt attempt to get famous again. She commented on Kirti Sannon not having “a headlight or a bumper”, meaning she not having a good figure. Although she got her fifteen minutes of fame, it is being seen as a rather cheap stunt. If there’s someone who got fame for reasons worse than Dhinchak Pooja, it’s her! 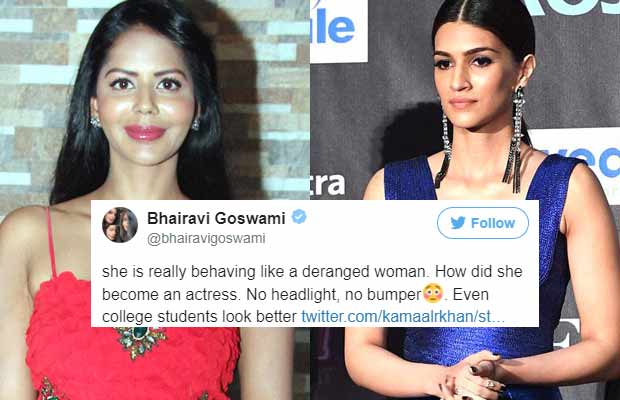 Do you have some randomly famous people in your mind that we missed? Tell us in the comments below!