Few things smell as sumptuous as a sauce simmering on a stove top. And when that lovely, velvety sauce drapes itself over your chicken or pasta, all the restraint in the world is tossed aside. Sauces are magical like that.

While, Sauce is a small word, it encompasses a world of flavors and aromas, spanning continents. It’s one hell of a tour if someone decides to take it.  But, until then, allow us to take you to through a mini, virtual tour of sauces. In all, we have ten stops to make. Here are ten lesser known sauces that ought to be more known.

To begin with, sauces can be, on the basis of their preparation sorted into, brown, white, emulsified, butter based, meat based, hot and sweet varieties. We’ll take it one by one, stopping and savouring as we go. 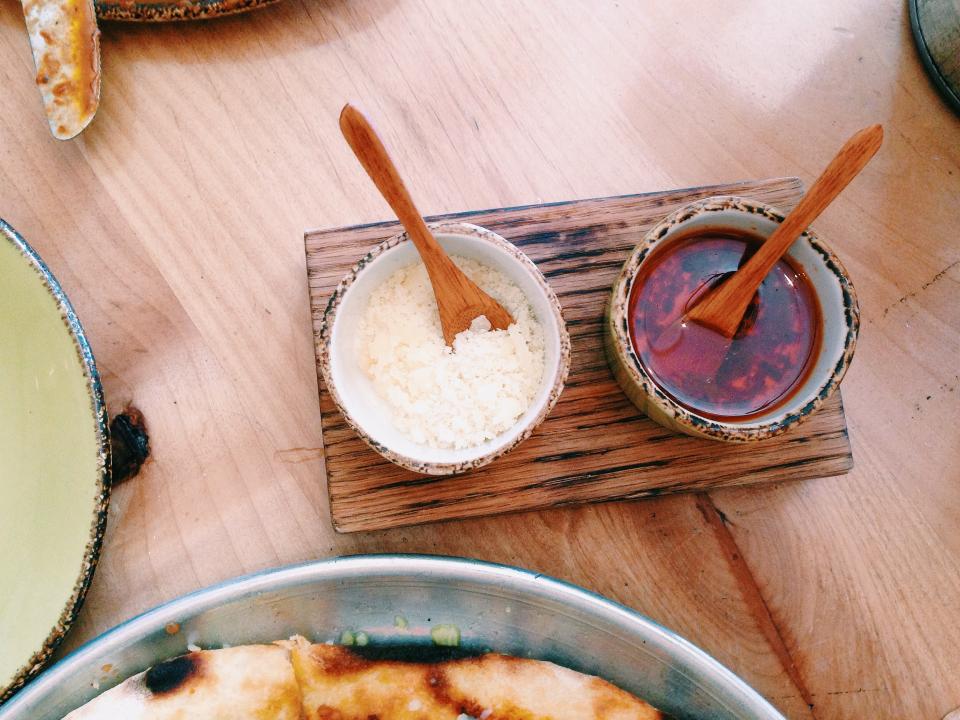 Firstly, what makes these sauces brown is the roux, which is left long enough on the heat to brown. A roux is flour cooked with butter, which thickens the sauce. We’ll talk of this Spanish brown sauce, which is just so rustic.

This sauce owes its heritage to the fisherman of Tarragona, Spain. This Spanish sauce is made with roasted nuts, roasted garlic, chillies and olive oil and is served with the fresh catch of the day. Its the perfect marriage of the flavours of the sea with the land.

We heard of melted butter and we were sold. But, we picked Café de Paris to talk about, for the love of heritage.

This sauce, as is apparent by its name, is named after the restaurant where it was invented. The recipe is a trade secret. The restaurant, seated snugly on the Rue de Mont Blanc in Geneva, ships this sauce to the entire world and is served all over the world, under license.

Back home, in Café de Paris, it is served on a bed of sliced rib eye steak and the dish is called, “Entrecote Café De Paris”. So, this sauce scores a 10/10 for sounding French and fancy.

An emulsion, is mixing of two liquids that are generally, not mixable.  These sauces, emulsify oils in water, and stabilize it with a mixture of egg yolk. Let’s talk of a generally well known sauce in culinary circles, which needs to be mad famous. 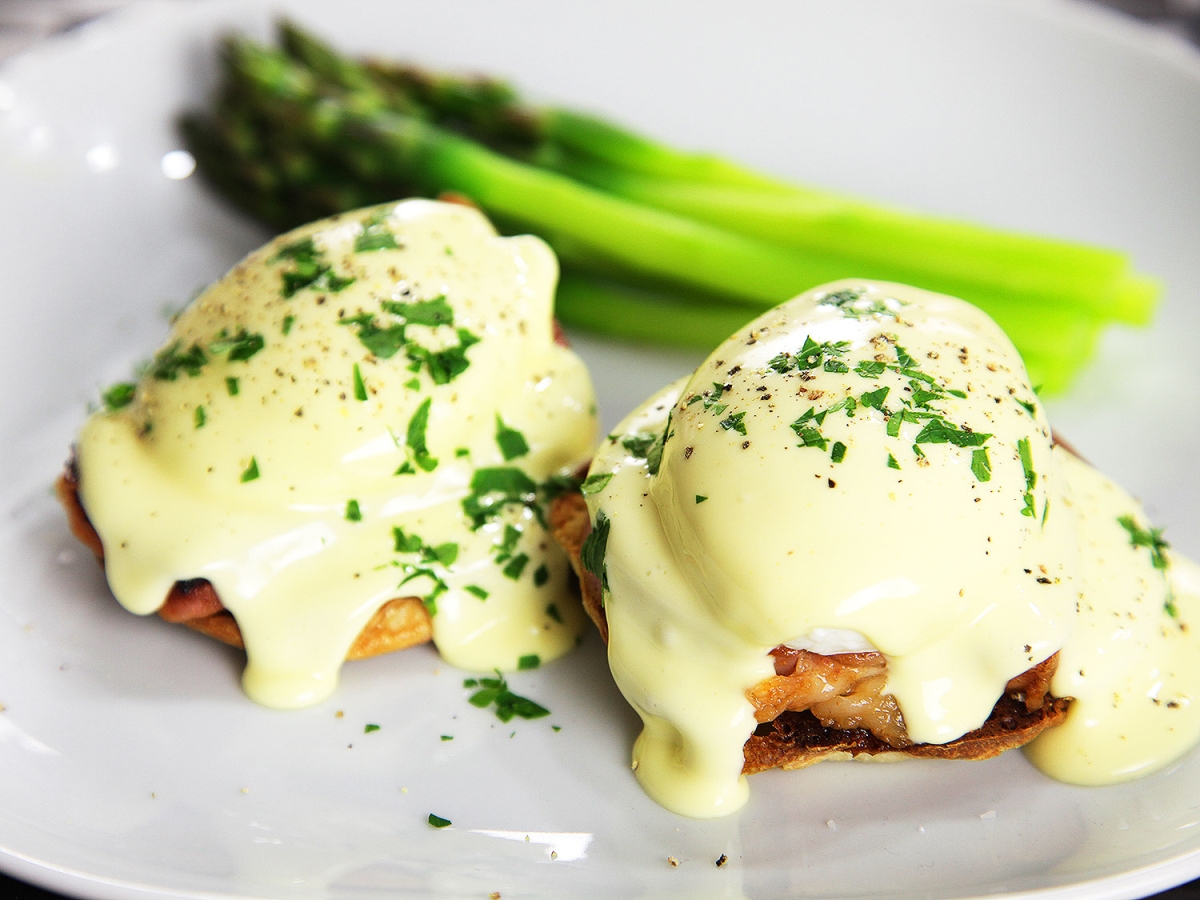 When you add melted butter, water, lemon juice and egg yolks to a double boiler and whisk it to a creamy perfection, you have a hollandaise sauce in your hands. Then, finish it off with a dash of pepper and salt, and it’s good to go onto your plate of Eggs Benedict, which is the proper, traditional and recommended serving for this creamy sauce.  It’s one of the five French mother sauces.

As the name suggests, it’s spicy and the Indian is us, is all ears. Main ingredient? Chillies. So, anything else is just an addition. Let’s talk of an Asian hot sauce.

This sauce hails from Thailand, and its name is derived from the coastal town of Si Richa, where it originated.  It’s made with chili paste, vinegar, sugar and salt. How can that not be delicious? Well, the world thought so too and now, you’ll rarely find a fast food chain that is US based not serving sriracha with at least one of their dishes.

Its like a traditional sauce, reduced on heat, but with the addition of meat. All the non vegetarians say amen!

Ragu is Italian. It’s a simple meat based sauce style first emerging in the 18th century, which was first created by Alberto Alvisi.  It is made with almost any type of meat, with vegetables and is left to simmer and reduce in a stock or wine or even just milk or cream. So, what it yields is a delicious stew like sauce, which is generally served on top of Pastas.

An example of a well known Ragu is Bolognese. It originated in Bologna, and to keep its respect intact is served with the Tagliatelle pasta or other flat shaped pasta. 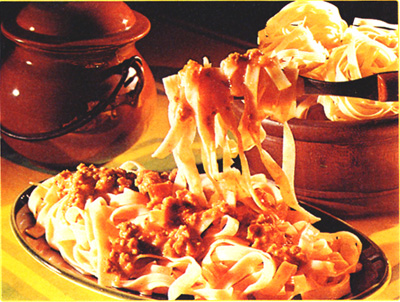 Fact to consider:  Spaghetti Bolognese is a well known, all the rage kind of a dish outside of Italy. But traditionalists, consider this blasphemy as, Bolognese sauce is supposed to go only on top of flat shaped pastas like tagliatelle or fettuccine or pappardelle.

Because even the cakes deserve to be drenched in all that goodness.

It is essentially a custard made with hot milk, sugar and egg yolks and with a lovely, lingering dash of vanilla to a pouring consistency. It’s a creamy sauce that goes on fruits or cakes for that extra shot of vanilla and richness.

Moreover, it is to be appreciated that to pour this sauce into a tumbler and drink, is perfectly legal and acceptable and is done too.  (Finally, a sauce that gets the monster inside us)

These sauces are, as the name goes, white in color, creamy in consistency and delicious on the tongue. They are made with a blond roux, (Butter and flour cooked together, but not long enough to brown). These sauces are the ones that coat our pastas when we order “Alfredo” or any pasta with white sauce. Let’s talk of a French white sauce.

Even this sauce, like the Hollandaise is one of the five French mother sauces.  Firstly, milk, infused with onions, garlic, and other spices is added to the blond roux and is finished off with a sprinkling of salt and pepper. If one adds cheese to this delicious concoction, one ends up with Mornay sauce, which is a whole different story.

The next three stops are more of a history class, a vacation and a drink in the honor of all the sauces. In that order, first up,

One can still find bread sauce being served on Christmas with the turkey or the chicken. But otherwise, its use has eroded from the kitchens. But once upon a time, and we say that because this sauce has existed since medieval times, it was a sauce that graced almost all the occasions of an English Table. 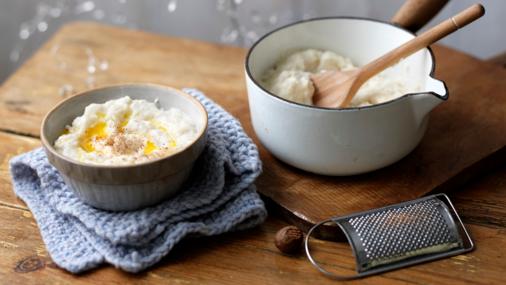 Instead of a roux, a bread sauce is thickened with, no points for guessing, bread.  So, bread which was about to go stale, was optimum for this sauce. To being with, milk, or cream is infused with all the condiments of a general cream sauce and then, bread is added to thicken this traditional English sauce, that the English feel more comfortable calling, a gravy.

The  promised vacation comes calling us to the lovely Greek cuisine, and here’s,

This sauce is Greek and true to our stereotypes of the Greek cuisine, uses yoghurt. It is made with strained yoghurt, cucumbers, garlic and olive oil. Addition of herbs like thyme is a refreshing welcome addition to this sauce, which is served with grilled meats.

This sauce, for obvious reasons is served cold. You know a sauce is yummy when a host of countries have their own take on the sauce.  Turkey and the entire Middle East, have their own versions of this sauce. And, honestly, the Indian in us cannot help but compare it to Raita, just a little bit.

The toast you were promised, and deserve for getting through this article without feeling hunger pangs, or if you took a break and ordered pasta in, we are glad. Any which ways, we present,

5 Easy To Cook Dinner Recipes For The Party

5 Easy To Cook Dinner Recipes For The Party

Vodka sauce is the lovechild of Italian and American Cuisines. Ingredients are, Vodka, Tomatoes, heavy cream and the signature Italian herbs bundle.  But this boozy sauce isn’t boozy for no reason, like our weekends spent getting wasted. Firstly, the Vodka helps release the flavors of tomato, otherwise untapped and secondly, it stabilizes the sauce. Something wine, a very common addition to sauces also does. But, if they insist on Vodka, we aren’t complaining.

That’s all for this tour, folks. If your curiosity is at least a little bit piqued, our job is done!