Even if we’re told that objectively, daily activities like driving is more statistically dangerous than flying, the idea of a plane crash is far more horrific and a far more prevalent fear. But sometimes, there are miracles and people survive. Sometimes these miracles are because of the bravery of the pilot. Sometimes it seems as if something outside of our scientific explanations intervened. Sometimes it confounds all understanding completely. But these stories need to be told because now, we need all the miracles we can get. One-in-a-million odds like these do happen. It is possible to survive a plane crash, and these people proved it. But we should also remember that they were often plagued with guilt and had to deal with the sorrow of losing loved ones, and experiencing such tragedy. Miracles, too, come at great cost. 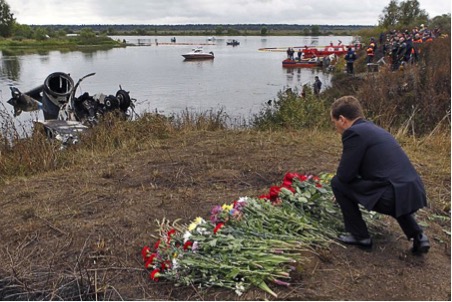 A passenger in a plane might know something is wrong, but won’t know for sure what their odds are. But a member of the crew doesn’t have the luxury of hope. They know how bad it can be. In 2011, the Yak-Service Yakovlev Yak-42 crashed when it veered off the runway during takeoff. It caught fire and crashed horribly, near Yaroslavl, Russia. There were 45 people aboard the plane which had the players and staff associated with hockey team Lokomotiv Yaroslavl on board. Only two people made it alive from the plane – Alexander Sizov, avionics flight engineer, and Alexander Galimov, a player. Galimov succumbed to his very severe injuries, while Sizov survived. Sizov, in an interview, stated that the plane started going down as soon as they took off, so he knew they were about to crash. It was a miracle that he survived, but he lives with guilt, every day. He was injured during the crash, but he incurred a severe injury to his left arm trying to save a colleague from the wreckage. 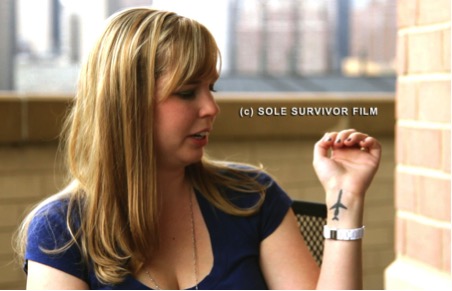 Cecelia Crocker, then called Cicelia Cichan, was only four years old when she boarded the Northwest Airlines Flight 255 on August 16, 1987. She was supposed to fly from Saginaw, Michigan to Orange County, California. It could’ve been a regular flight like any other day, but it was not to be. After takeoff, something went wrong. The plane crashed. There were 153 people on board. The only survivor was Cicelia, who suffered burns and broken bones. It was determined that the plane crashed because of human error: the wing flaps had not been properly deployed.

But these miracles always come with sadness, because her brother and parents, who were also on the flight, died. At four years old, Cecelia, who was raised by her aunt and uncle, couldn’t process the magnitude of what happened. When she was older, she was plagued by horrible guilt and anger. But now, she has found some measure of acceptance, and the incredibly brave woman is still not scared of flying. 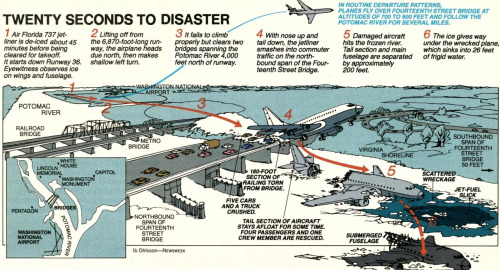 This terrible tragedy happened because of a snow storm that made ice accumulate on the wings of the plane, on January 13, 1982. A total of 78 people died in this crash, including four people who weren’t even on the flight. There were 79 people in the ill-fated plane, of whom only five survived. The plane was the first to take off from the National Airport after a storm in Washington. The pilot deemed it safe enough to attempt to fly, and the decision to do so was left to him. But the plane didn’t get the speed or the altitude to rise safely after take-off; it crashed into the icy Potomac River after staying airborne for about a mile, scraping over the 14th Street Bridge and causing death to four commuters. Flight attendant Kelly Duncan, Joe Stiley, who was a pilot though not piloting this flight, Priscilla Tirado, whose husband and infant died in the crash, Bert Hamilton and Patricia Felch (the latter two are no more) were the survivors. 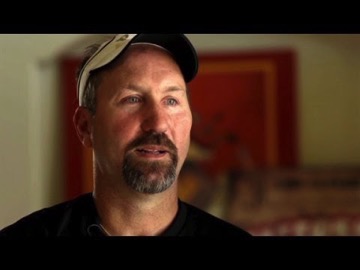 On August 27, 2006, it should have been a routine flight for Comair Flight 5191, flying from Lexington in Kentucky to Atlantia in Georgia. But something was wrong. The first officer, Jim Polehinke, was reportedly piloting the craft, despite not being the pilot for the flight. Instead of taking off from runway 22, the plane taxied down runway 26, which was too short. It couldn’t take off – it overran the runway and crashed. There were 47 passengers and three crew members on the plane. Everybody except the first officer died in the crash.

The pilot, Captain Jeffrey Clay, acknowledged from the air traffic controller which runway should be used, but guided the plane onto runway 26 instead before asking Polehinke to take over. The survivor battled for years to overcome intense guilt, and perhaps never will. However, there has been dispute over the responsibility for the crash: the airport was accused of not providing adequate maps or guidance, and Comair attempted to sue, but it was ruled that since the airport was owned by county authorities, it could not be sued. 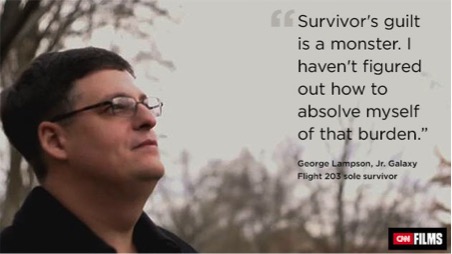 The story of George Lamson, Jr, is unbelievable – truth stranger than fiction. He was only 17 in 1985 when a bunch of football fans chartered Galaxy Airlines Flight 203, flying from Reno to Minneapolis. They were on their way to the Super Bowl to watch the San Francisco 49ers take on the Miami Dolphins, only it crashed after taking off. The plane only made it about a mile and a half from the runway before it crashed and turned into a huge ball of flame. The odds of somebody surviving that must be tremendous, but George Lamson, Jr made it. He was thrown from the aeroplane before it caught fire, and was found by the Reno Fire Department, still strapped in, on the street.

His father, George Lamson, Sr, also survived the initial crash, but wasn’t so lucky. He could not survive the injuries caused by it. A third passenger, too, died despite making it alive from the crash. Incredibly, after receiving first aid, George Lamson, Jr walked away from the site. There were 71 on board, and 70 fatalities.

In part one, we took a look at five incredible stories of people who survived plane crashes. Some were the only survivors. Some were not. Either way, their stories were those of courage and sadness. Here are five more such stories.