Few contemporary Indian artists can claim to be as well known as Maqbool Fida Husain, better known as M F Husain. If he was still alive, the prolific artist would have celebrated his 100th birthday on September 17, 2015. Over an illustrious, and even controversial, career that spanned five decades, the doyen produced a large number of paintings, the values of which have increased substantially since his death.  Let’s take a look at some of his paintings that will help you understand his work better. 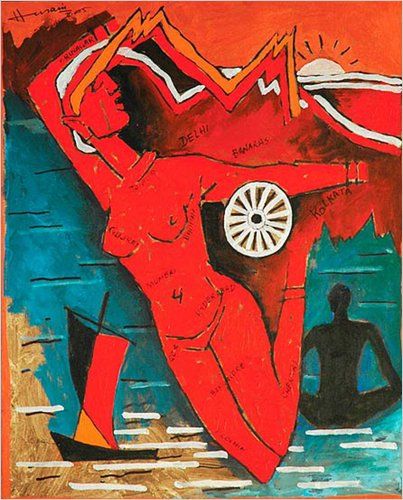 One of Husain’s most controversial pieces, the painting depicts a nude woman drawn to mimic the shape of India, with the names of states on her body. The artist had tried to distance himself from the controversy by stating that he did not attest the name Bharat Mata to the painting. 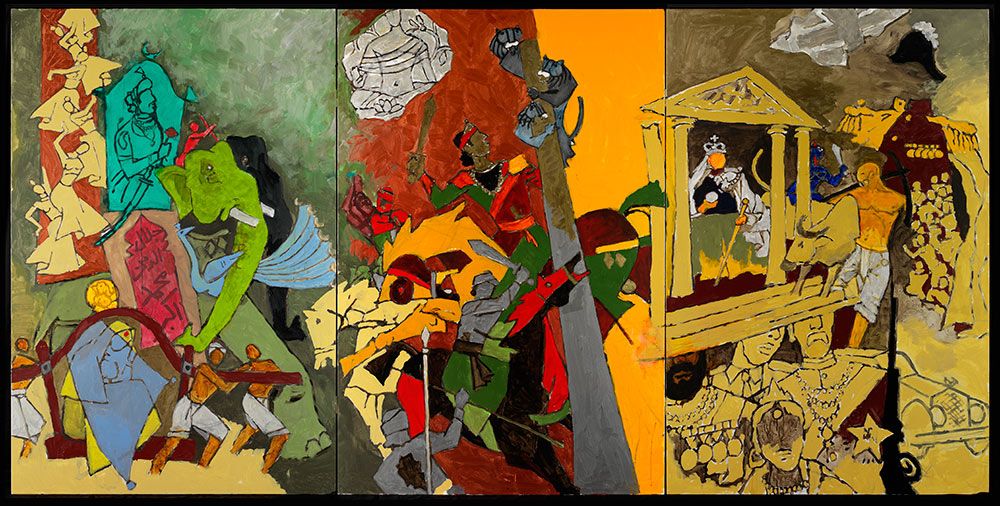 Hussain uses three panels to juxtapose three Indian dynasties and climatic moments from the Mughal, Mauryan and British dynasties under Akbar, Ashoka and Queen Victoria respectively. This is part of a series of eight paintings, under the Indian civilisation series, which Husain worked on in his last few years. He planned a total of 96 panels under the series, but completed only 24 before his death. 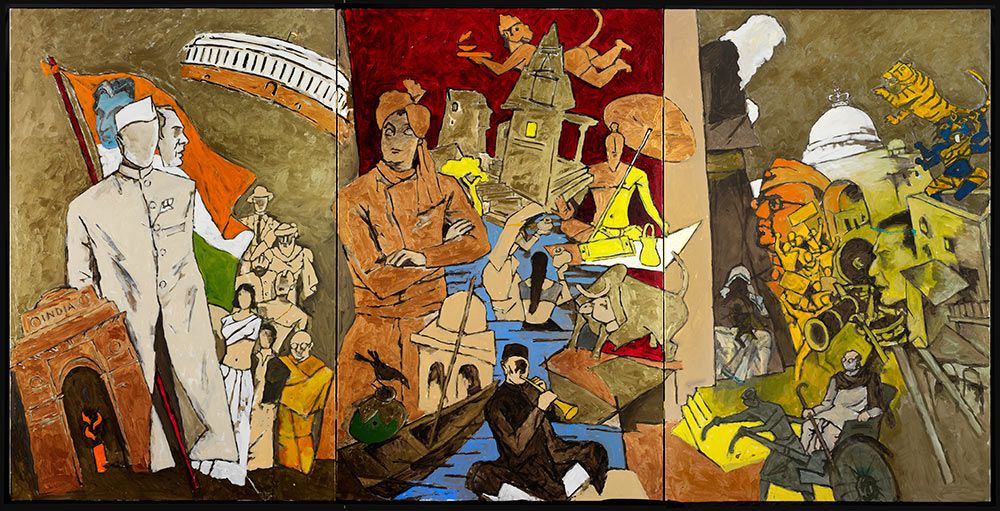 Among his last few pieces, and part of the Indian civilisation series, is this work which represents Delhi, Varanasi and Kolkata and their associations as being cities which represent politics, spirituality and culture respectively.

Husain’s affinity towards painting the female figure is visible in a number of his paintings. The painting consists of a large female nude, surrounded by miniature male figures, representing how Draupadi was controlled by the men in her life. 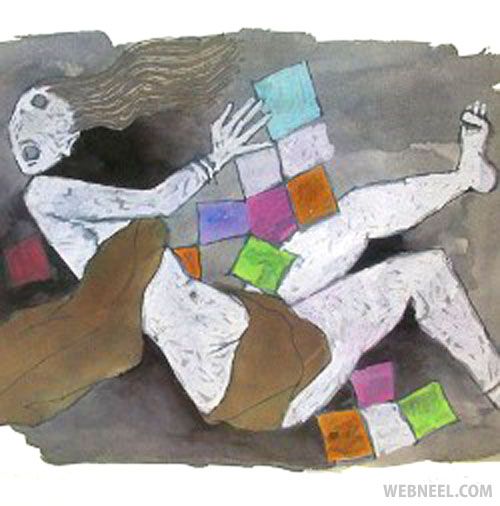 Yet another piece on Draupadi represents the Mahabharata heroine mid-fall, as she screams, while surrounded by dice.