Port Blair is the largest city of the Andaman Islands and a “Veritable Garden of Eden”, as termed by the tourism department of the Andamans. The city offers attractions like museums, colonial-period momuments, pretty beaches, scenic hills, evergreen forests and coral reef fringed islands rich in marine life. Port Blair is a small city that consists of people from all over India.

From the airport to the south, the road leads through fields and woods to the town centre. At the east end of town, Aberdeen is a bustling market with facilities like banks, shops, restaurants and medical centres. Maulana Azad Road and Mahatma Gandhi Road lead west from the market district to more leafy areas with museums, parks and official buildings. Scenic hills along the coast provide the location for Port Blair’s upmarket hotels and resorts.

Though surrounded by attractive lush forest and rugged coastline, Port Blair is more or less your typical Indian town that serves as the provincial capital of the Andamans. It’s a vibrant mix of Indian Ocean inhabitants – Bengalis, Tamils, Telugus, Nicobarese and Burmese. Most travellers don’t hang around any longer than necessary (usually one or two days while waiting to book onward travel in the islands, or returning for departure), but PB’s fascinating history makes for some worthwhile sightseeing that warrants exploration.

You will discover a different side of Port Blair in almost every season. However, tourists swarm the city between October and April. Here’s what you can look forward to in Port Blair through the year:

March to May: The summer months are when Port Blair becomes a diver’s paradise. The heat is not very harsh with the temperature during this time ranging between 28 degree Celsius and 30 degree Celsius.

June to September: People often avoid visiting the city during this time due to heavy rainfall and thunder storms, which can make sightseeing a challenge. The advantage of visiting Port Blair at this time, however, is that you can avail discounts on hotels and flights.

October to February: Port Blair experiences mild winters and the temperature generally ranges between 15 degree Celsius and 34 degree Celsius. It’s the ideal time to plan a trip and it is no wonder that most tourists, especially honeymooners, like to travel here in this period. You can easily plan all beach activities and water sports. It’s also a good time to see exotic and rare bird species on Chiriya Tapu.

Discussing below an ideal itinerary to Port Blair.

Pepper your travel with a bit of history, shopping and sightseeing

8 AM: Views from Mount Harriet

Board the ferry at Phoenix Jetty that will take you to the Bamboo Flats Jetty. From here it is a short drive to the rainforests of Mount Harriet National Park. The drive from the park entrance to the 365 meters high summit of Mount Harriet goes through evergreen forests. The viewing tower summit affords fine views over the richly forested slopes of hill and the Bamboo Flats to the bays of Port Blair.

Birdwatchers could be rewarded with the sighting of specialties like the Andaman serpent eagle, Andaman cuckoo dove and Andaman woodpecker. 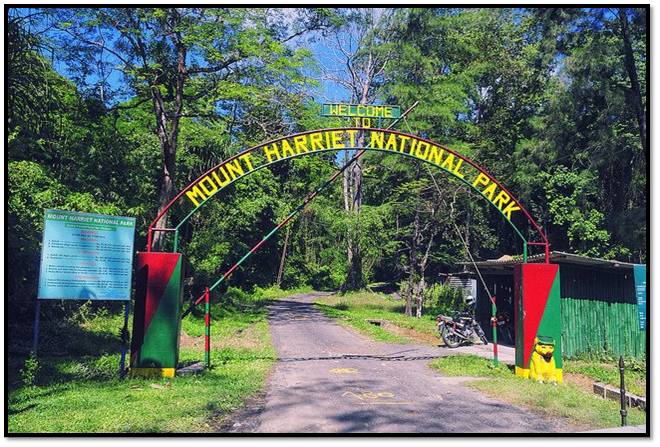 Return to Phoenix Jetty and drive to Haddo Hill where the Forest Museum offers an insight into the trees of Andaman, the timber industry, forest produce and wood products. Continue from here to the Samudrika Naval Maritime Museum, which has a superb collection of shells and corals. Here you will get a glimpse of the Andaman’s ethnic communities, marine life, ecology and flora. Also visit the Anthropological Museum, which exhibits hunting weapons, instruments, tribal ornaments, household items and some old photographs of the indigenous communities.

Hot Tip: MG Road has some shops where you can buy wood and shell crafts of the islands.

For lunch, drive to the Fortune Resort Bay Island located Marine Hill. The resort is an architectural attraction in itself. Enjoy the island’s specialties at the Mandalay Restaurant that offers fantastic views of the sea from its open deck.

Drive from here to the jetty for a boat ride to Ross Island, a Victorian period resort of the British administrators of Port Blair which once had an active English social scene. Now largely overgrown, a walk in the jungle reveals old British architecture including colonial bungalows, the Chief Commissioner’s house with its ballroom, remains of the English gardens, an old church and cemetery.

A museum displays the glorious days of the island through historical photographs and artifacts. More macabre memories are to be found at the Viper Island with the paths leading to the whipping posts and gallows that still stand as symbols to the cruelty of colonialists. You can also find WW-II period Japanese bunkers. 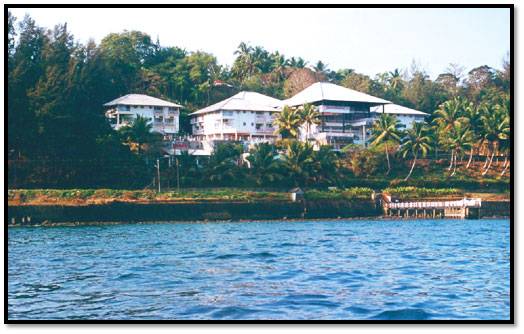 One of the gloomiest memorials to the colonial oppression, the Jail has a museum exhibiting names of convicts, photographs of Kala Pani and terrible torture equipment. The badly ventilated cells speak of the days when freedom fighters were imprisoned in the worst possible conditions. Stay on for the Sound and Light Show that tells the story of India’s struggle for independence.

Drive from here to the New Lighthouse at the jetty where you sit outdoors and dine on the superlative fresh seafood like prawns, lobsters, and seafish while catching the sea breeze. 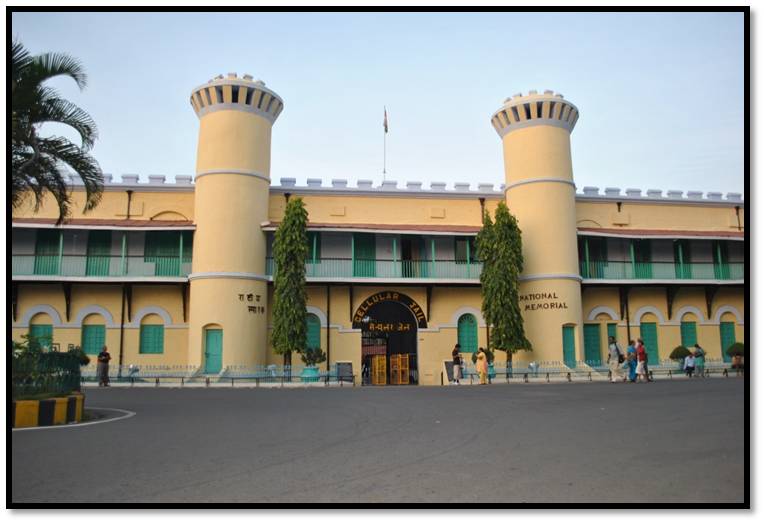 Explore nature’s bounty on this day

Drive from Port Blair to Wandoor village from where you can take a boat ride to Jolly Bouy or Redskin Island, passing lagoons, coral reefs, rain-forests and mangrove swamps. The selection of marine species to be seen are fantastic. Giant robber crabs use powerful claws to climb trees and break coconuts, while starfish and other marine invertebrates are abound. Don a mask and snorkel to see the kaleidoscopic seabeds with vibrant coral reefs and vividly coloured fish.

On the return journey from Wandoor to Port Blair, visit Sippighat with its marshes and tidal creeks. Hire a boat from the nearby Water Sports Complex to go around the creeks for bird and marine life sighting. Sippighat also has an agriculture farm which does research in cultivation of spices and has an organic, horticulture centre. 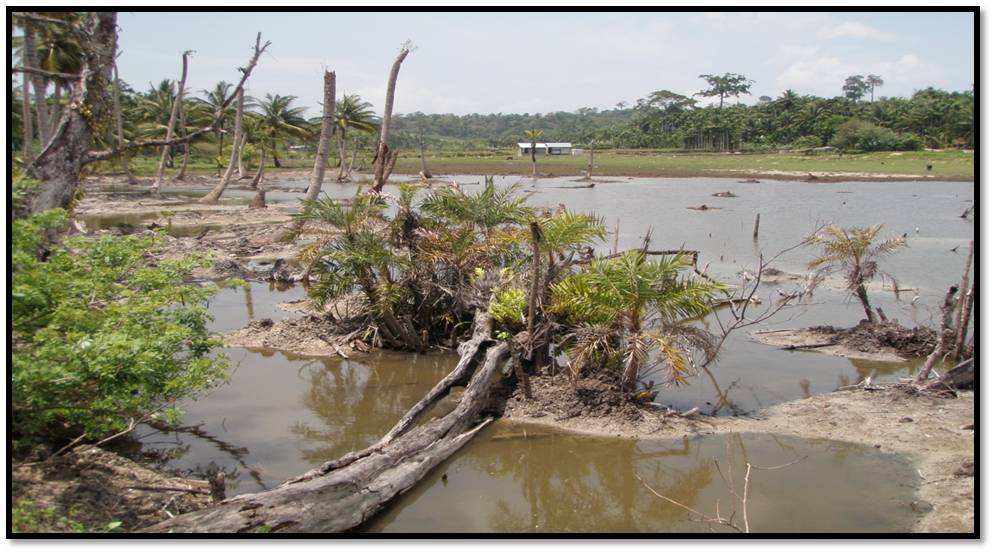 One of the best beaches in Port Blair, it is around 6 kilometres from the town centre. Opt for a seafood lunch at one of the beach side restaurants or at the Peerless Sarovar Resort facing the beach. The beach in an arc of smooth white sands backed by palm trees. At the southern end of the beach is a marsh that is good for bird viewing.

Spend the evening at Chiriya Tapu, the tip of Andaman which is the most popular for its celestial sunset views. It also has a biological park where you may get to see endemics like the Andaman wild pig, Andaman masked civet and Andaman eagle in enclosures, besides gigantic salt water crocodiles and water lizards. The shell strewn beach is spectacular and the abundance of parakeets and green pigeons in the jungles make it easy to understand why this place is called Chiriya Tapu, which literally means Bird Island.

Head for Phoenix Jetty to talk the harbour cruise on the floating restaurant called Afloat, which offers scrumptious dinner and entertainment.

Hot tip: There are diving centres in and around Chiriya Tapu where you can enrol for a scuba diving trip to one of the nearby islands.