A lot of people are caught scratching their heads about the fame of certain people on twitter, aptly dubbed as ‘twitter celebs’. What does it mean to be a twitter celeb? Are there any gains or perks? And is there a sureshot way to become one? Read on to find out. 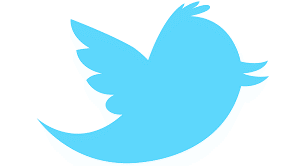 Twitter is a micro-blogging website. A limit of 140 characters on your expression means that you have to be on your creative best. If you are a celeb on twitter, it means you have tons of followers, that is, people who read your tweets and retweet them (repost them) and in general you get a lot of attention and admiration (or wrath, if you are the cynic or targeted there). Real-life celebrities obviously have a lot of followers on twitter as well, but the more interesting profiles are of those, who like you and me are ordinary people and still seem to have garnered a lot of followers, and ergo, attention.

When looking at common aspects of some of the celebs, the following common trends emerged:

Most people who get noticed tend to offer a unique perspective, not only on trending topics but also on other topics on which others may not have a lot of enlightening aspects to share. The perspective they bring tends to make people want to hear them more.

Wit and other forms of humour are used well by celebs, even if it is sarcasm, slapstick humour or sexist jokes. The timing and placing of the humour is impeccable and people get attracted to this. 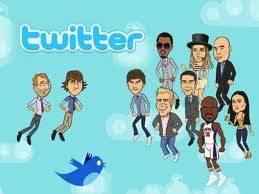 Not only do the celebs know what to say but also how to say it. They have perfected over time how to use the 140 characters to the best possible advantage

The celebs keep connected to other important people on twitter, from whom they gain ideas as well as followers.

Twitter goes through peak traffic during certain times of the day as well as when there is a lot of discussion on a particular issue or hashtag indicated by a trending topic. This is when the celebs strike and make their mark.

The celebs keep making a regular appearance and do not run off with impatience. Continually being in sight slowly increases their popularity.

Most of all, the celebs give an air of not caring about the followers or the fame. Some may really not care, some may fake it, but all do say it.

The question arises, why do grown men and women want to do all this? Why do they crave attention?

Popularity research suggests that craving attention is not just a teenage fad. Attention is important to make us feel validated of our views. Since our work spaces are not adequate for non-work interactions and expressions, places like twitter are a good replacement. Studies indicate that popularity has to do with self-confidence and emotional well-being. No wonder why all these people are trying hard to be celebs, and you are here reading this. 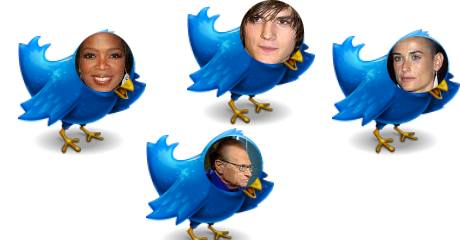