When You Don’t Know If It Is Love Or Friendship?

It is the question of a lifetime, isn’t it? Whether what you feel for someone is love or friendship. Many books and poems have been written about this, and many movies made. In fact, if relationships are the biggest human asset, they are also the biggest confusion. So, how do you tell if its love or friendship? Is it a clear-cut distinction? And should it matter?

First of all, friendship and love are not opposites. There are many common elements to them, like trust, honesty, closeness, bonding and so on. Therefore, it is understandable that we can’t often tell one from the other. A lot of people do not really start out with a clear idea of their feelings, simply because they take time to develop.

Therefore, most of the times, we just have a sense of liking for a person when we start speaking with them. Only time can tell us whether the liking will remain at the friendship level or go deeper into the love and relationship level. Therefore, initially, you will mostly not be able to tell whether a person wants friendship or more, and that’s fine. In fact, it is more than fine. It’s actually better.

Friendship is better than Love, say some…

I’ll explain why. There was a study that compared people who were friends before they were lovers or partners, and another set of people who directly started dating, without being friends before. Those who were friends had not only a better relationship in terms of honesty, communication and trust, but they even had better sexual intimacy! It turns out that being comfortable with the person helped them to be vocal about their sexual needs and have a healthy feedback system, which increased their sexual satisfaction. 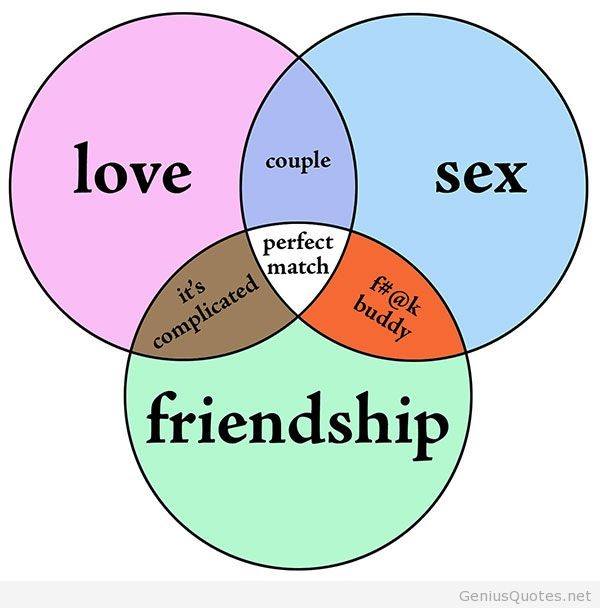 Therefore, if in the beginning, you cannot tell the difference, that’s fine. Indulge in the friendship, because a friendship will later help you to determine if this is the right person for you or not. If you keep the distance because of the fear of being friendzoned, you may never be able to know the person well enough to take the right call, or be close to them.

This may seem difficult to accept and may be contrary to all the stuff you hear, especially about how if you once enter the friendzone, you never come out. But think about it, so many couples were friends before they started dating – there would be quite a few in your social circles. And we hear of such couples from the celebrity circles all the time. On the other hand, there are many people who are also comfortable being friends after a breakup, because it was amicable and there’s no point holding grudges.

All of this points to the fact that neither love nor friendship is as water-tight as we think. All human relationships are fluid, and gladly so. It also means that we have the maturity (most times) to settle in one state or another after a change. So let’s give ourselves some credit, and experiment a little.