The Evolution of Gujarati Cinema

Gujarati cinema is popularly known as Gollywood or Dhollywood. The first Gujarati movie, Narsinh Mehta, was released on 7th April 1932. Gujarati cinema has been in existence for 84 years, during which the industry has seen its share of ups and downs. If ten years ago, you were to ask someone from the current generation to watch a Gujarati movie, they would flat out say no. Not surprising, since Gujarati movies were not known for their innovative stories.

A typical Gujarati movie often followed the tried and tested plotline of romance, a little violence and a happy ending at the end of the day where the hero and heroine unite. Of course, there are variations in the stories that were written. But most of these stories were set in a village where the heroine was clad in a traditional chaniya choli and the hero was clad in a typical dhoti kurta. The villain in the movies was often the rich father, or the village goon or the area’s daku. The climax of the story consisted of the hero fighting to win back his Father in law’s approval, or fighting the goons to rescue his ladylove. At the end, they were reunited and a happy couple in love. 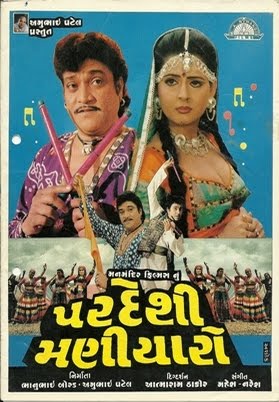 So how would the current generation possible identify with these stories?

We have watched Hollywood and Bollywood movie about science fiction, space, fantasy and what not. Gujarati cinema, by comparison, pales in front of the other two. But this was the cinema of old times. The stories our grandparents wanted to see were different. The expectations from cinema were not to give the audience a new story; it was simply a form of entertainment.

But cinema has evolved over time, whether Bollywood or Hollywood. Even Gollywood for that matter has evolved, even though it lags behind. The new generation of directors, actors and producers know what the new age audience wants. They are excited and motivated to produce new stories that reflect the lives of their audience. The audience want stories that resonate with them, and that is what they are getting.

The New Age of Gujarati Cinema

Kevi Rite Jaish, directed by Abhishek Jain, came out in 2012, bringing with it, a new age of Gujarati cinema. The movie was a hit, both commercially and critically. The movie touched a cord all over the word with the story about the madness of a Gujarati youth who is determined to go to USA, by hook or by crook. Also directed by Abhishek Jain, Bey Yaar in 2014 became another popular film. Following these movies, Gujjubhai the Great, Jo Baka, Bas Ek Chance, and Chello Divas, all gained momentum and popularity. Another recently released movie Hu Tu Tu Tu is a refreshing movie with a new cast and unusual story.

Some of these movies have run for up to 50 weeks, which is a testament to the fact that the Gujarati youth is ready and willing to spend time and money watching Gujarati cinema, if it lives up to their expectations. These new age movies are a breathe of fresh air. Gujarati cinema is booming with people waiting to tell their stories on one end, and people waiting to listen to these stories on the other end. The most exciting thing about the new dawn of Gujarati cinema is that Gujaratis not only in India, but all over the world are excited to see what is in store for them.