Do Humans Procrastinate By Nature?

Have you yet not started on the assignment or deadline you were supposed to three days ago? Does it give you the familiar guilty feeling each time? Feels like you are in two minds? Do you procrastinate all the time? 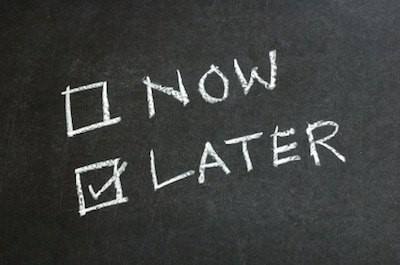 Scientific Explanation: Why do we procrastinate

It turns out that when we procrastinate, we actually are in two minds. The part of the brain that is sophisticated and tells us to work is the prefrontal cortex. The limbic system asks us to chill. The limbic system is an older part of the brain, from when we used to live in jungles: so it only knows two things – either run for your life/hunt food or the other option is to relax or enjoy. This notion of ‘work’ we have nowadays does not fit the bill for it.

Secondly, the amygdala, a part of the brain which gets activated when we fear something, let’s the limbic system take over when we are afraid. So, when we are anxious about doing some task, our limbic system kicks in. Its this limbic system which makes us procrastinate and we end up watching marathons of our favourite TV shows.

How do we address the issue?

Well, we have to make it conducive for the limbic system to not take over. In other words, we have to plan for our goals. There should a detailed sheet which breaks down the big task into small steps. We need to plan time, that is, put deadlines on each small step. also, we need to plan resources. If we need ten things to do a task, we should have those ten things when we sit down to do the task. Getting up to acquire the resource can be a good avenue for procrastination. We also need to plan for the process, which part of the job will take more time, which less and which can be moved around.

A couple of aspects to be prepared for are distraction and failure. Despite this planning, we are not infallible. So, distraction may happen but it should be taken in stride, and you have to steer yourself back to the task again. 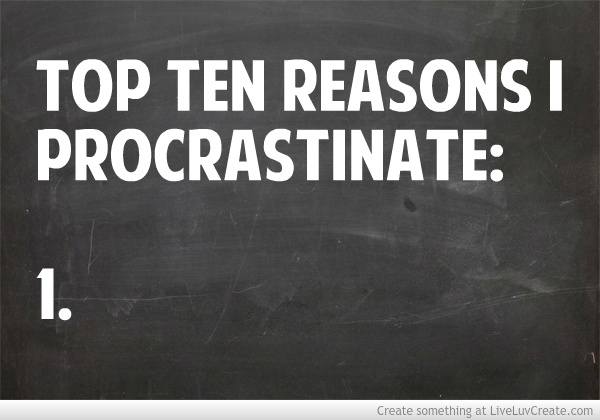 How to handle failure

Failure is something that can scare us into being frozen and keep us in our comfort zone forever. Therefore, telling yourself that failure is a step to success and a learning process helps to avoid some of the anxiety that fear of failure caused. Another aspect of acceptance is that once you have accepted the possibility of failure, then you will see a pressure lifting off you, and you will be much more creative and experimental in how you do the task. You yourself will see a change in both the process and outcome. Hopefully, armed with these tips, you can make sure you do the assignment on time from now on! 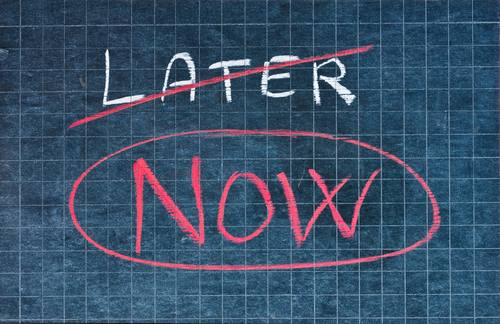