Love and history are two words that are interwoven unto each other so intricately, it’s hard to distinguish one from the other. Bajirao Mastani is another ode to that very sentiment and it’s a very grand ode.

The Sets of Bajirao Mastani

Sanjay Leela Bhansali’s love for grandeur through larger than life sets, mirrors, chandeliers, embellished costumes and impeccable blend of all this with the narration based on Marathi Novel by NS Inamdar, titled “Rau”. It brings a page from the history to the audience in a poet’s interpretation.

Ranveer Singh plays a Maratha Peshwa. His swordsmanship, well timed wit, natural flair for acting and  a body language that sensual makes it a complete pack of power punch performance. 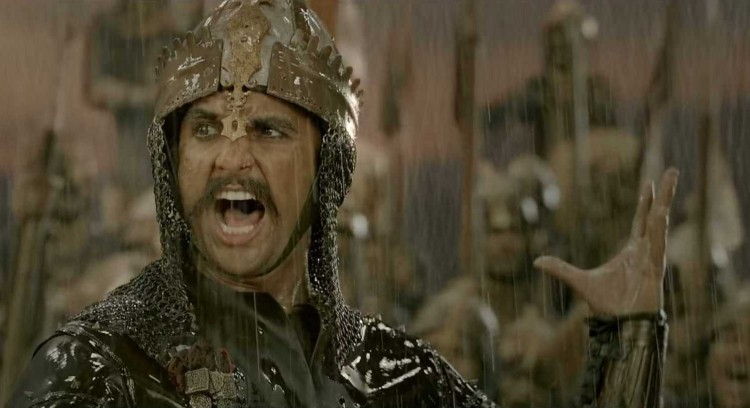 His character is incredibly likeable, and he is this perfect man who is a “dream of every mother and wife” in the first half with enviable chemistry with both the leading ladies. When the second half of the movie comes into light you slowly realize why suddenly you have forgotten about all the Khans and want to join Ranveer Singh fan club. His stellar performance takes the movie to the next level making itmuch  more than the love story of a Maratha Peshwa.

Fall In Love With Deepika Padukone

Deepika, playing the Rajput Warrior Princess with insane sword play skills, of culturally diverse blood, looks ravishing. She carried off her portrayal of a woman’s innermost desire with elegance and a will of steel that is awe inspiring, that make you look up to her and empathize with her at the same time. 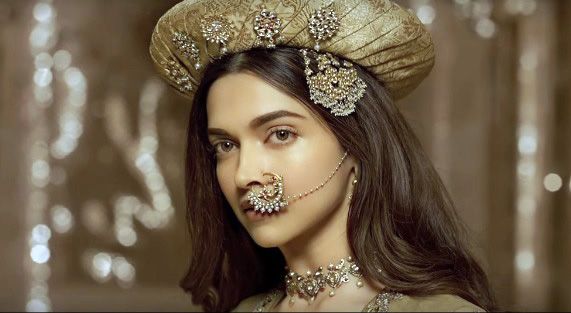 Priyanka’s portrayal of a peshwa’s wife is perfect, to say the least. It’s a delight to watch her onscreen, her accent impeccable and her expressions startlingly genuine. 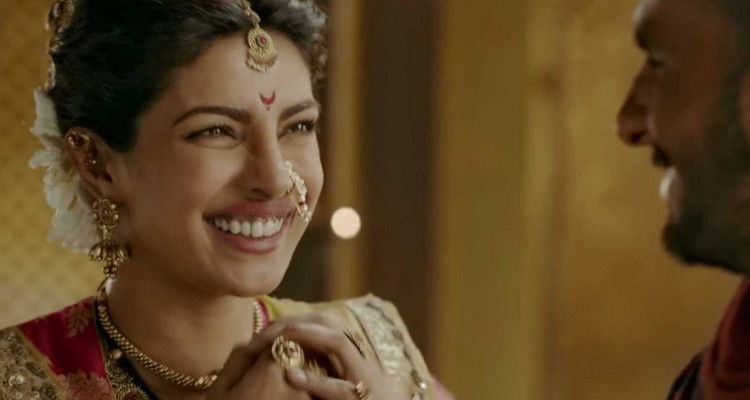 Strong, stubborn and made of steel, both the female leads, Priyanka Chopra and Deepika Padukone, love Bajirao to no ends. What makes ones love different from another is that Deepika called her love “ibadat” (worship) and at every turn in the film, one is reassured of it. And Kashi Bai’s love had a touch of motherly understanding and lover’s jealousy mingled in it, which makes it very interesting to watch.

The delightful dance sequence of Deepika and Priyanka in the song” Pinga” is reminiscent of the evergreen “dola re dola” from Devdas though in a different setting at a different pace.

The pace of the overall film though, a little slow in the first half (But, for people who like films to pamper them to foreplay, they will be pleased), it picks up the pace startlingly well in the second half and ends in a grandiose way that is, in a word, immersive.

Music Is The Key

The music deserves special mention, as does the choreography. The background music score is a silent pillar of the movie, which cannot be overlooked.

Tanvi Azmi, who plays Bajirao’s mother, is a force to reckon with. She will make you smile inwardly at her clever and cruel take on events. Underneath that entire smirk, is a genuine will to not let anything corrupt the legacy of Peshwa. An honourable will that had to be carried out at the cost of a lot of people’s happiness.

So should you watch it?

You cannot afford to miss it. And before cruel co-workers and overly enthusiastic friends spoil it for you, watch it as soon as possible. Even now works just fine, like right now.