If Nothing Done Ilish / Hilsa Is Close To Extinction

When something makes up 1% of the GDP of a country, constitutes 12% of the production of its kind, then, that “something” is most probably “everything” for a lot of people living there. Such is the story of the fish, Ilish or Hilsa. 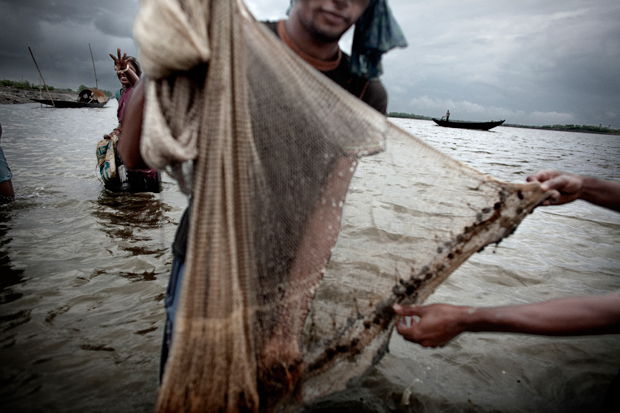 Ilish is the national fish of Bangladesh. Around  4- 5 million people owe their bread to the trade of this fish.  But, that’s not all, yearly; around 60% of Ilish fishing is to the credit of Bangladesh. India follows the list by being at 20%.

What people say about Ilish

In Andhra Pradesh the fish is known as “Polasa”. They say, it’s completely worth selling your “mangalsutra”, to eat polasa. So, yeah, this went as far as to place a fish above nuptials. So, getting someone who hates fish to marry you, would be a safe idea.

What makes hilsa so famous?

Selling at around Rs. 1500/- to Rs. 3000/- a kg, the Hilsa is decidedly a fish you would serve the people you need to impress the most. Generally, weighing around 3 kg each, the Hilsa now weighs a mere kilogram and that too, is rarer to find than ever. 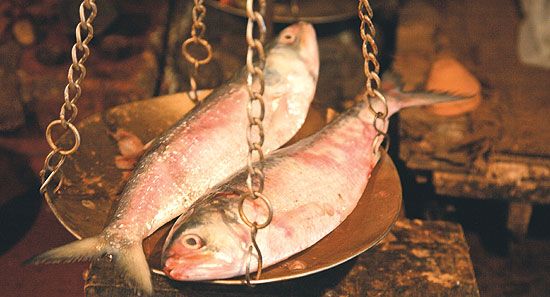 Apart from the fact that they are highly priced, which is enough to make it appealing, they are in fact, very tasty. They are crowned the king of all fish.  These fish are so rich and so delicious  that they are known for the lingeringly delicious aftertaste it leaves on your tongue.

Why is there a concern for hilsa?

If that’s so good, we would want it to stick around for a while right?  “Once upon a time, there lived Ilish” would be indeed the saddest food related story you would narrate to your kids.

Ilish or more commonly the Hilsa or in Telugu, “polasa”, is a very prestigious fish to cook and eat and serve. It is not abundantly found as is, and now, with a huge demand for it globally, it’s close to extinction.

Increase in prices generally result in a decreased demand, but again; the Hilsa is no ordinary fish. It wouldn’t follow that rule, but would go by the exception, meaning, it would classify as a luxury item. Meaning, the price would only drive up the demand or at least, maintain it at the same levels. Only we aren’t talking about ancient artifacts, but about live fish. 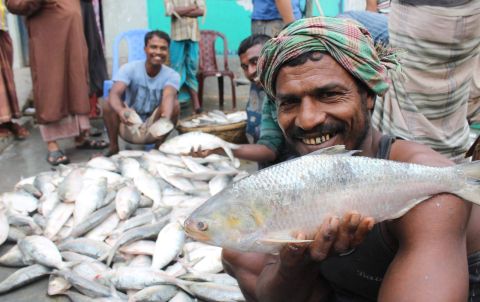 Why, abstaining isn’t necessarily the only solution, but common sense and moderation is a potential solution

So, fish generally reproduce right?  That should take care of the extinction problem, right?  Only, that too isn’t happening. Baby Hilsas when migrating, to reproduce, to breed, are fished and eaten by a different name. Anything young is obviously more succulent. Only that, is leading them to slow death. To add to that, pollution is affecting their breeding grounds. So let’s say a couple of lucky Hilsas do make it to the breeding ground without getting fished, they might be in for a rude shock. Breeding ground, no more.

Preservation of Hilsa, letting the young ones be, isn’t only good for the species but would also, in the long run, ensure regular supply of the fish, which is the lifeline of many, many people.