News Headline: Ola: India’s Largest Taxi Aggregation Firm Eyes Expansion In 200 Cities. So we took the liberty to take it out from the list of startups and put it in the basket of super impressive companies of recent times.

Gone are those days when people not owning cars had to call different car booking agents and pay unreasonable money just to reach their destinations on time. Now, they can book a ride within a matter of few seconds. For all you know, you might be reading this article while travelling in an Ola cab! Bhavish Aggarwal, an IIT Mumbai Graduate, and Ex-Microsoft employee has made it possible by launching Ola. 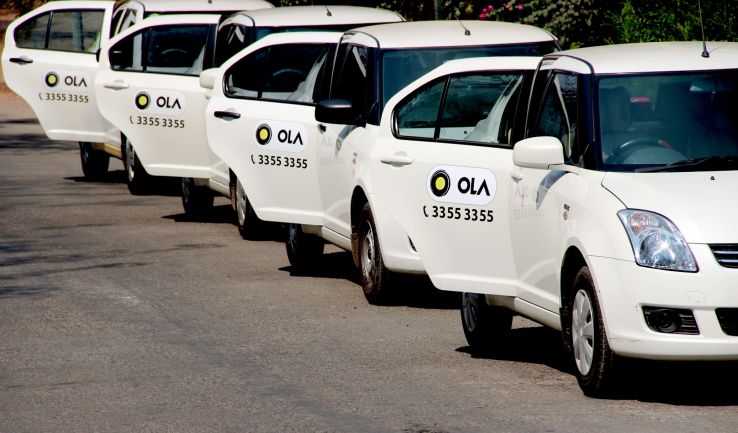 How Did Ola Start

People who know Aggarwal from college days call him a passionate nature photographer and cycling lover. He chipped in various cycling trips before Ola happened. Bhavish Aggarwal wanted to implement technology in transportation and make it feasible for public.

When Aggarwal was working at Microsoft, he came across a host of taxi service providers, who always thought about money and not customers. This inspired him to create a marketplace for car entrepreneurs where they could earn as well as help those in need of a ride. Months of hard work and a commitment to do something unique brought Ola in existence. 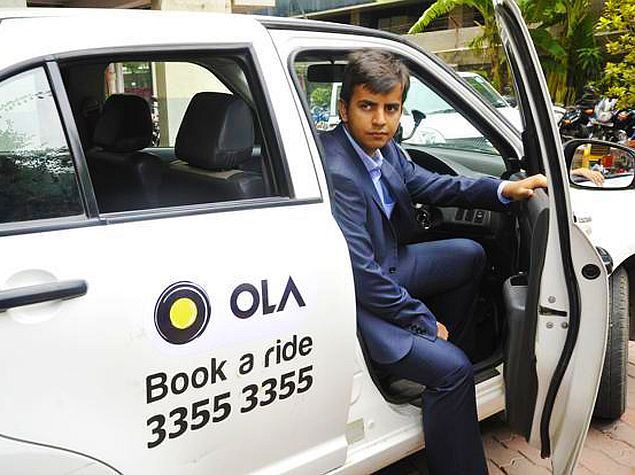 Aggarwal had to face a lot of obstacles in starting. Leaving a well-paid job at Microsoft and starting a taxi startup was not an easy decision. In his own words, “My parents thought I had become some travel agent and were worried about me.”

Where Ola Stands Today: Over the past four years, Ola has come a long way. Initially, it floated services in Mumbai only; however, today Ola covers more than 100 cities across India and plans to take this number beyond 200 by the end of 2015. Ola, with a valuation of $2 billion, is the largest online taxi service providing company in India.

It acquired TaxiForSure in March 2015 and has begun an online food delivery service called “OlaCafe” recently. As of now, OlaCafe is in beta phase and running across four cities. In order to expand its reach, Ola joined forces with BCCI and became official travel partner of five IPL teams including Rajasthan Royals, Chennai Super Kings, Sunrisers Hyderabad, Kings XI Punjab and Mumbai Indians during IPL 2015.

Aggarwal has been lucky in terms of funding. The first funding of $330K came in April 2011, soon after Ola was launched. When Ola picked up speed and expanded, Tiger Global came on board with $5 million in 2012.

Ola raised reasonable money year after year since its inception; however, it was October 2014 when it got a whopping $210 million from Softbank and existing investors. The latest round of funding in April 2015 witnessed $400 million flowing in from a host of investors including DST Global, Falcon Edge Capital GIC, and other existing investors. So far, Ola has raised over $679 million.

The company follows a simple business model. It partners with private taxi owners and gives them access to its world-class technology based network. In return, it charges some commission from taxi owners, which can vary from 15% to 20%. You can enjoy a ride at as low as Rs. 49. As of now, the company is focusing on capturing the market rather than making profits.

Aggarwal and Bhati want to take the transportation system to another level and create more and more driver-entrepreneurs in India. The company in association with SBI has launched a program called “Ola Pragati” that bestows finance to drivers for buying any car of their choice. Under this program, they can avail easy EMIs and daily repayment of loan amount. They look forward to helping over 1,00,000 driver entrepreneurs through this program over the next two years.