I am not very big on Captain America. He is a self-righteous, sanctimonious idiot who has had the questioning gene chemically deleted from his DNA. Somebody with super strength who follows order because orders – that’s the controlled anarchist’s worst nightmare. Peggy Carter, on the other hand, has always been an intriguing character, though one that has too often just been dismissed as Captain America’s girlfriend. 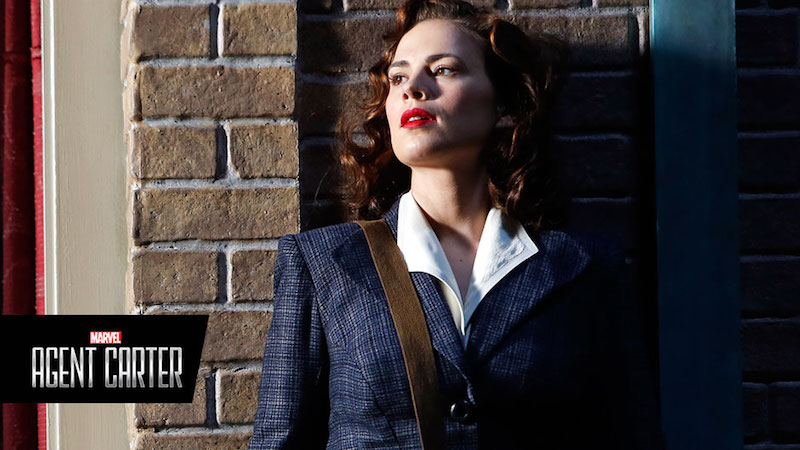 She is no Mary-Jane Parker. Peggy Carter kicks some serious ass all on her own. When the war was over, she went back to work at Strategic Scientific Reserve (SSR). But after the very important and mostly unrecognized and underappreciated work she did during the war, and all the skills she has, she is considered to be good for nothing much more than routine office work and getting lunch.

Think Mad Men, and now imagine that instead of an advertising agency, it’s a remnant of an office that does secret missions. Or think of it as something that might, one day, develop into a secret spy and mission network, you know, the staple organization in superhero universes.

Now imagine a woman, who is skilled and did more important work during the war than all the men in the office combined, working there, unacknowledged, rarely used even when she knows she can do better than any of them. Her record is mostly secret, and she is treated as every other woman who worked in an office at that time is treated. 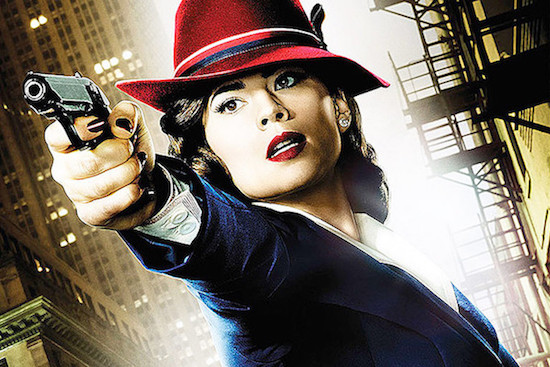 But Howard Stark is accused of treason, and comes to Peggy for work. Unlike everybody she works with, Howard Stark knows what she’s capable of, and knows she can help him clear his name. So she spends her days dealing with a bunch of idiots who think she’s there to make them coffee and get her lunch, and she spends her nights trying to clear Stark’s name.

Peggy Carter doesn’t have a superpower. What she does have is excellent training, a great deal of intelligence, superior observational skills, and ways of making others’ weaknesses work for her. There is one weakness she can always count on. She will always be invisible, or unnoticed, or dismissed, or underestimated, because she’s a woman. She uses that – because when she is resourceful, strong, and kicks ass, nobody expects it.

Along the way to trying to clear Stark’s name, they discover far more than they’d initially imagined: the existence of a gas that could make people psychotic and kill each other. The villain plans to hypnotize innocent people into doing his bidding: in this case, making New Yorkers kill each other. Peggy Carter needs to stop the villain, and try to knock some sense into men who need to take action, because they refuse to take a silly, hysterical woman seriously. That or they’d rather arrest her for treason than listen to her.

It’s a good series, but not good enough to make you binge watch it. Peggy Carter herself is far more interesting than the plot.