Short People Problems You Can Relate With

Not everybody realises just how difficult it is to be a short person. Some of it is inexplicable. India is a country of mostly short people. If you’re a woman and you break the five-foot barrier, you’re not going to look that short in a group of Indian women. That’s why some of these problems are particularly inexplicable. 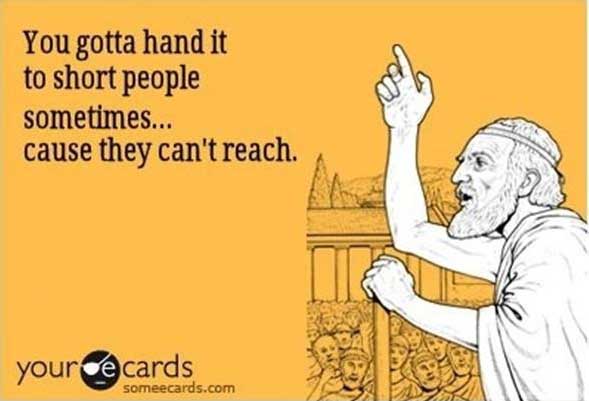 1. Kitchen Shelves Are Out Of Reach

If most kitchens in most houses are still considered women’s domain, and most women in India are short, why on earth is it that we don’t design shelves for short people? Every household with a short woman has that tall guy who complains about having to get the big tin of biscuits down from the top shelf whenever guests come over.

It’s not just shelves. Taking public transportation can be a huge pain. To grab the handhold in any train or bus, you have to stand on tiptoes and hang on for dear life. After a couple of minutes, it begins to feel as if your arm is being pulled out of its socket.

So you give up and stumble over to one of the poles. But the moment you get to the pole, ten people suddenly materialise seemingly out of nowhere and want a piece of your pole. You try to cooperate and give everybody a little space, but soon, you regret that instinct to be nice because you’ve been muscled off. Now all the handholds are also gone, so you’re left training to be a surfer – legs apart, feet braced, the centre of gravity shifted. It should count as an extreme sport. And of course, you’re perfectly positioned to smell everybody’s armpits. 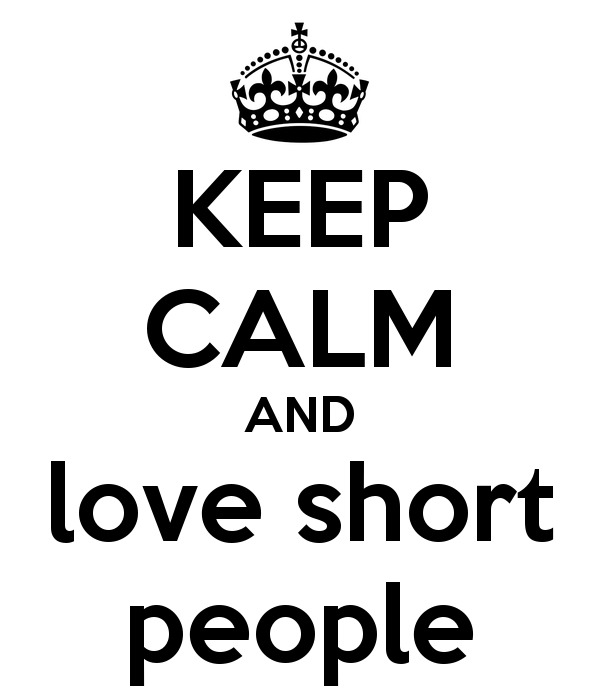 Please use deodorant. For the love of us.

3. High Heels For All Occasions

Then, of course, there’s the instinctive rebellion against heels. Most medium-height girls like heels because they can feel tall. It’s nice to have the option of being extra glamorous. It gives you that extra confidence. But there’s a huge difference when something stops being an extra luxury, and everybody tells you it’s a necessity. You must wear heels, you will be told.

And what is your reaction when you’re told that you must do something? But of course, you flip them the bird and say no, you won’t. This attitude during the teenage years has a real pitfall. You miss out on that crucial training period when you get comfortable on heels. Now fast forward to a professional setting where if you don’t wear heels, they ask you which school you’re from. But now you don’t know how to wear heels properly. You try, but you totter. It’s a skill that you never learned well enough because of natural defiance. 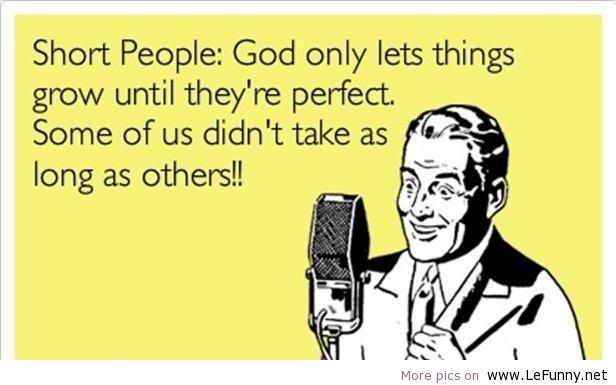 Then, of course, there’s the fact that you never even dream of becoming an air hostess or a model. That’s a big blow when you’re 14, isn’t it, even if you grow out of it in a couple of years! All those glamorous people on TV, and you can’t be any of them. You’re too short. Until the Internet, we didn’t know that most of them lie about their heights.

But despite all that, short people are usually much better at improvising. We know how to clamber up shelves even if it seems impossible. Is the gate locked from the inside? Not a problem! We learned how to climb the moment we realised that we’re too short to look over a fence. Short people even get the advantage of being considered ‘cute’, though it comes with the disadvantage of also being considered weak, for some odd reason. It’s easier for short girls to kick you where it counts, you know. 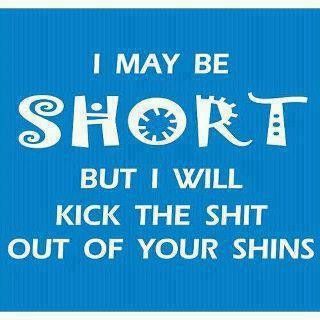 Short guys, though, can’t seem to catch a break. There’s always Tom Cruise to look up to – down at – whatever – but that’s not such a good thing these days, is it?