Cinema is a beautiful manifestation of any story. A storyteller’s dream, if you will. It breathes life into narrative. History has seen some exceptional filmmakers gracing its pages with style and remarkable talent. Stanley Kubrick is a name that is counted amongst the greatest filmmakers of all time. What made his films great, special and distinct?

The question in itself is a tad bit obnoxious in assuming that a straightforward answer exists to it. Nevertheless, it isn’t altogether difficult to see why his work is so inspiring if one follows his life. If not in its depth, then in its defining moments.

His IQ was above average but, his attendance at school was nothing to boast of. His father gifted him a camera at the age of thirteen which left him totally in awe of photography. This lead him to canvas the entire town with his camera in tow, finding subjects to capture. When he wasn’t doing that, he was sitting in some local cinema.

This childhood fancy turned into something more in the June of 1945. It was the year when his first ever photo series was published in the magazine called “ Look”. He went on to become a staff photographer there later.  During his stint at the magazine, his photographs were well known to capture the emotions of everyday people, in everyday surroundings and they always had a story to tell. 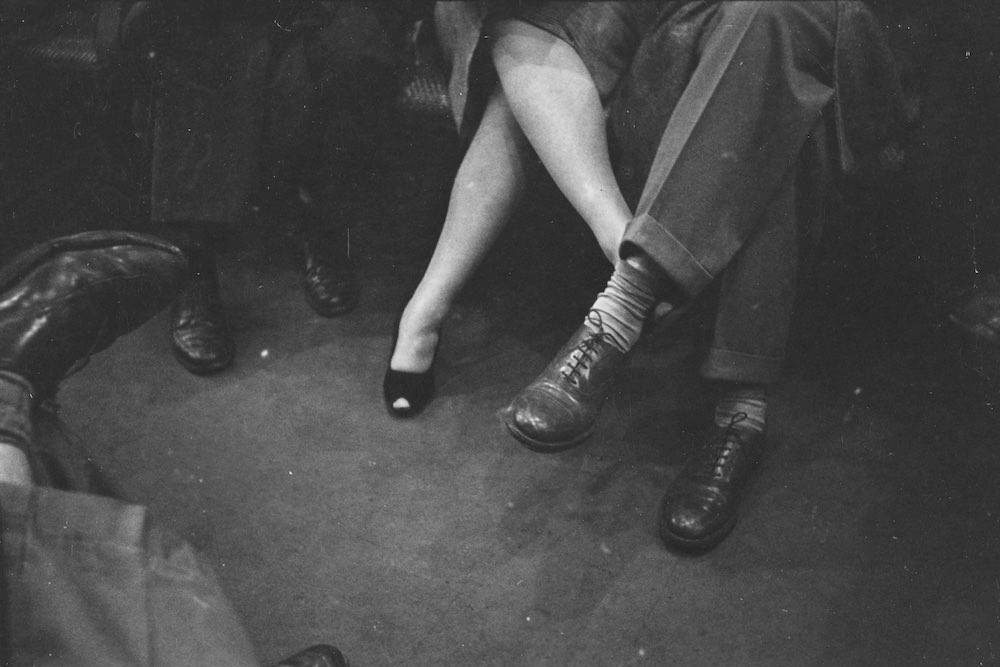 One could see this in his photo series on people waiting at the dentist’s or the famous balcony photo series of two lover’s in disagreement. He could capture the mood, the tension and the spirit of a place in a photograph, because he knew how. And this talent was carried over to his later years of film making.

The making of a film maker

His fascination with photography slowly became a great appreciation for the art of film making. He used to feverishly take notes, read up on film making, go to the cinemas more to study and less to watch. This behavior was so severe, his friends termed it “obsession”.

His first shot was a 16 minute documentary titled “ Day of the fight”, which was shot on a rented camera. His finesse and love for cinema is seen in the first film itself. The reverse tracking shot that was used in this film, would go on to be a part of the list of shots that bear the Kubrick signature. His first short film was a success and was also what he needed to convince himself of a bright career in cinema. He quit his job at the magazine afterwards and devoted his time entirely to film making.

Having decided to dive headlong into cinema, he had to be perfect and remarkable. He went on to make two more short films, called the “Flying Padre” and “The Seafarers”. After he had raised enough money ( which still, was hardly anything to speak of), he moved on to feature cinema.

Stanley Kubrick’s first feature film which was financed by his family ended up exceeding the budget. He had to sign a deal with a producer agreeing to help on his TV series to finance the extended budget and complete filming. It was critically received well but, commercially, a dud. Nevertheless, the subject matter of the film  of soldiers being trapped behind enemy lines and how one soldier eyed a girl and tied her to the tree was shown on screen in striking visuals. The art behind the camera, becoming apparent with each frame.

His feature film, “The killing”, was the first one he shot with a professional film crew. The film stuck to the trend that would become common in Kubrick’s movies. The trend of adapting books into movies. Excepting “Lolita” and “The Shining” (both of which were masterpieces even in their book forms). Kubrick believed in picking books that weren’t masterpieces to make them into movies that were.  “The killing” wasn’t a commercial success as well but the critics hailed it as phenomenal. Today, it is ranked among the best films  Stanley Kubrick ever made.

His first commercial success came from the anti war movie, which was again based on a book. It was called “Paths of Glory” which depicted scenes of war in honest brutality. Again, his brilliance in cinematography was up for a grand display. A trivia about the movie merits mention.

He made the veteran actor, Adolphe Menjou enact the same scene seventeen times. Understandably, Menjou flew into rage and went on a tirade against Kubrick. Kubrick remained calm and at the end of it said, “ Alright, let’s try the scene once more”. What do you think happened?  They tried the scene once more.

Another trivia,  about the same movie shows how timeless his art is. Paths of Glory was released in the year 1957.  But, the 2002 series, “The Wire”, claims to owe its inspiration to the 1957 movie. Which just goes to show, how his influence refuses to leave the minds of the lovers of cinema.

The film which brought success in its true Hollywood meaning was “Spartacus”, which won four academy awards in the year 1960. That was the beginning of an era where Stanley Kubrick would be counted among the bigwigs of the film industry.

When he  filmed “Lolita” and “Dr. Strangelove”, both were lauded and criticized by different sections. One common line of black comedy ran through both their scripts. Apart from that, the two films  are now classics beyond compare and are again, based on books. “Lolita”, was Kubrick’s first shot at dark humour and also his first experience with controversy. Shortly after, as if on a roll, he made “Dr. Strangelove”, another black comedy but this time on the nuclear war. This received scathing reviews by those offended. And the list of those offended was long.

Kubrick’s response to the critics was unapologetic. He said,

“A satirist is someone who has a very skeptical view of human nature, but who still has the optimism to make some sort of a joke out of it. However brutal that joke might be”.

His  groundbreaking cinema, “2001:  A space Odyssey” took him 5 years and extensive research to make. He even requested NASA to let him observe their spacecraft, so he could be accurate in its depiction. The film went on to be known for its near accurate space travel depictions, an academy award for visual effects and now, is a film that is counted among the top 10 greatest films ever made. The film’s near emotional usage of classical music and special effects has never been replicated at such a degree of intimacy again.

This film sadly, did not enjoy the status it does now when it released in 1968. The unforgettable spine chilling background score at the most ironic timings, the silence, the love for movements is what makes the film a classic Kubrick.

Personally, after 2001, “The shining” comes close to an epic. ‘The shining’, released in 1980, is a psychological thriller based on a book written by Stephen King of the same name. It followed the course of Space odyssey of mixed responses initially. Now, its is considered as one the most brilliant horror films ever made.

Then came the most controversial film of its decade, again based on a book called “ The clockwork orange”. It was full of blatant sexual innuendos and the smell of teen rebellion. It was banned in UK, until his death. Even back then and now, this film is something of a cult classic. 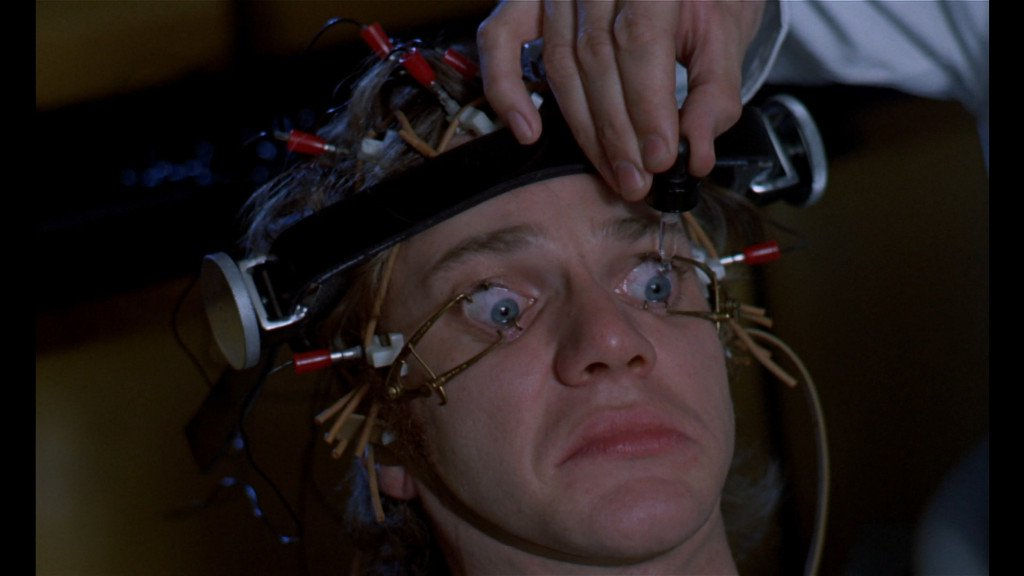 His words, not ours.

His style of film making left the reader to interpret the movie as they wished. Many theories exist to the climax of 2001: Space odyssey, and Stanley Kubrick has never concluded anything on it. In his own words,

“The essence of a dramatic form is to let an idea come over people without it being plainly stated. When you say something directly, it is simply not as potent as it is when you allow people to discover it for themselves.” 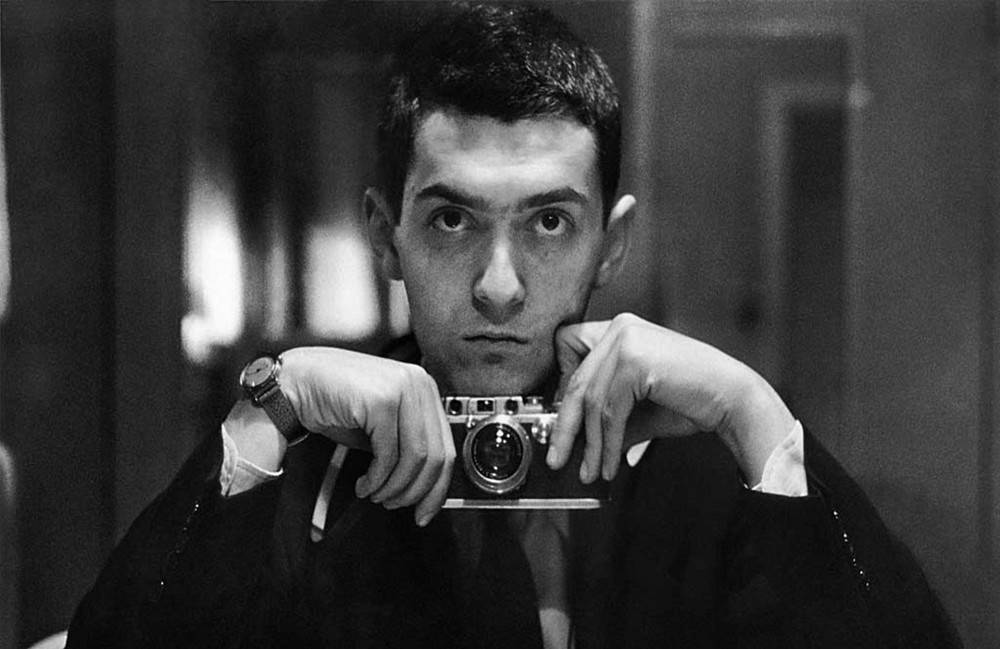 His photographer days, really made him something of a genius at handling cinematography in the movies. An example of how much he valued his art is when he used a Zeiss camera lens designed for NASA to shoot scenes in candlelight alone, in his movie “Barry Lyndon”.  Not only photography, he is equally captivated by the art of editing.

Stanley Kubrick loved editing his film. His choice of music to accompany his visuals is something no one has done quite like him. He selected classical compositions to accompany its stunning visuals. Who can forget the music that played as we watched ‘Discovery one’ float in the space? He gave silence another meaning.

He died six days after the private  screening of his last movie.

It’s hard to call a specific period of Kubrick’s life as his heyday. Each period of his life, produced masterpieces. The commercial or the critical success they enjoyed at that time, become insignificant for someone watching the movies now. Most of his films, even the ones  moderately received then, are now cult classics. Still, there are films in his career that had an epic quality about them.