For centuries we have pulled the cart of tribal civilization in our culture. As per the practice, men were the breadwinners of the family and women were home bound. For this same reason, after marriage, a woman was expected to live in her husband’s house and take care of it while he would be away for work.

Times changed but many archaic beliefs still remain unchanged. Let us focus on the ancient arrangement of marriage and the beliefs which are still being followed.

Why did they need a woman to marry?

Giving birth to children was attached with lot of importance to a woman’s existence.

The demand for women therefore revolved totally around her ability to bear a child. Women were called jananis which means the one who can conceive. But that was not all.  In free hours women were also expected to be an object of lust and entertainment. Lot of importance was therefore attached to her physical attributes.

Ornaments, make up, tattoos, bindis etc. everything was invented so that women could adorn themselves and look beautiful to hold their husbands’ attention. Obviously religion walked hand in hand with evolution and strange reasons were attached to a woman’s adornments. 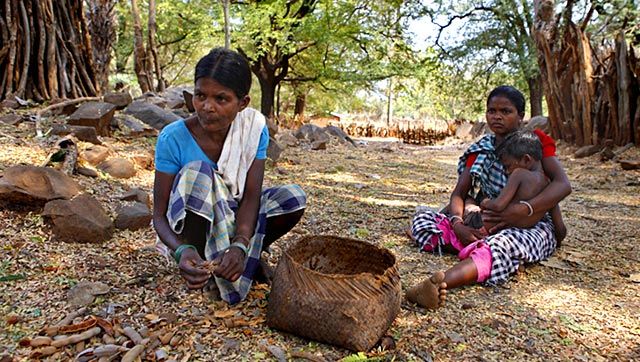 Women continued to be at home and men continued to go for work. They gave birth to babies, babies grew up to become additional hands for work, women became house helps and life continued. Never was a woman allowed to complain. She was always told to be “pleasing” and “tolerant”. She was threatened of getting thrown out of the house and ran the risk of being expelled from the village if she would leave or express displeasure to her treatment! 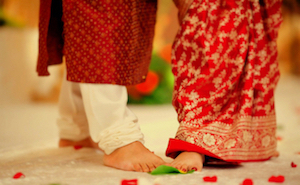 Is It Time For Indian Wedding Vows To Change?

Add to her woes, there came a point when evolution made life easier. Men began to get into different professions apart from farming. Many food options became available leaving little need to hunt or fish for food. Now many children were not needed as before. So what was the need for having a non virgin woman at home who had finished her duty of giving a child to the family? Most of the time such women were sold in open bazaars for slavery or to pimps. They were also converted into bonded labours to work in the fields or to get water from faraway lands.

The tipping point of dowry system

When the natural importance of married women began to recede; parents of such daughters got worried. Social stigma made every parent feel ashamed, if the daughter was sent back home after she was married off to somebody. Succumbing under this social pressure, parents took up the route of bribery – better known as Dowry. Now the women did not just come with a fertile uterus which would bear children but also with loads of gifts and cash. The improvised proposition surely attracted every family in all strata of the society and the importance of women again went up.

Giving dowry was not a one time affair. For every festival, on every occasion and even for casual social gatherings, the son in law and his family would be showered with gifts. Parents thought this was the only way that a daughter could live happily at her in laws’ place.

Why didn’t the women object?

Every girl right from birth was raised with a very strong negativity around her for being a girl. It was instilled deep within her that she is an impure soul and a burden on mankind. That she is weak and cannot take care of herself without a man. Religion too was used as an excuse to make her feel inferior and unwanted. She was therefore asked to please everyone in every possible way. Since this thought was seeded right from childhood the women grew up being brain washed just like a jihadi.

One debacle leads to another. The belief that women are a burden on men became so strong that women themselves began to pull down other women. Lot of this also came from the jealousy aspect because after having a child, women always lived in insecurity that someday, sooner or later, her husband would replace her with another young, beautiful and virgin girl.

Irony is, most of the times, these fears kept on coming true. Many excuses were used to marry more than once. Some gave it a religious angle, many gave it a social welfare angle but most of them attributed it to the need of having healthy male children and fitter younger women who could do all the household chores!

Born to please the husband

We might think that dowry took care of woman’s life in ancient times, however that’s not true. Dowry only multiplied the problem. The advent of dowry system made men greedy perpetually and marry again and again. Troubles for women became larger day by day. To make the family hold interest in her she was now told to please the man and his family in different ways! Sometimes by becoming a cook, dhobi, maid and sometimes by obliging the husband’s desire and becoming a whore too to keep his friends and family members entertained.

Several eye wash theories were established during this time to keep the women going. They were told that they are stronger and superior than men. Women were compared to fierce Goddesses and considered to be the epitome of forgiveness “daya ki devi”. They were narrated stories of Draupadi’s sufferings and Sita’s resilience to take inspiration from. Each of them were asked to worship their husbands and live & die with them. Practice of Sati was founded on these grounds.

But the reality was, they were emotionally blackmailed to stay silent. Threats were given that if they complain they would disturb the harmony of the house and ruin the the future of their children too. Whether women wanted it or not, they were forcibly made custodians of the family’s so called happiness. None of them had any support from anyone. Over a period time womanhood was seen as being equal to patience, tolerance, resilience, adjustments, sacrifices and compromises. The ones who did not want to make them were considered to be an outcast! 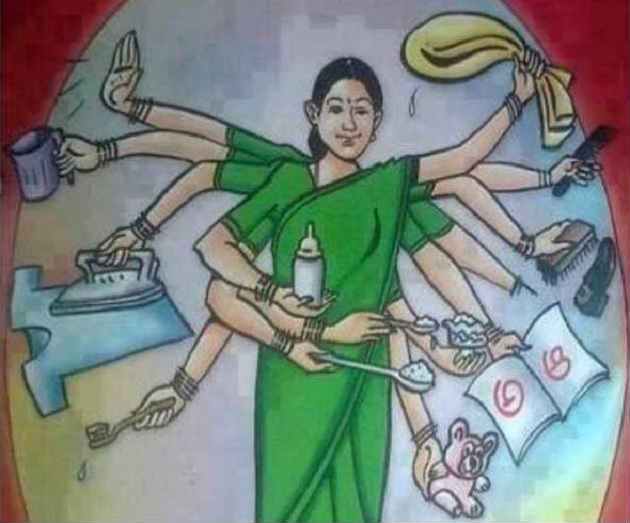 When things began to change

Life continued and so did the belief that having a daughter was indeed a burden. Every father was not rich enough to pay dowries and therefore began the mass killings of girl child – female infanticides.

But thanks to evolution, the society also had some men who were now wise enough to have a bigger perspective in life. They did not see girls as a burden. Infact to everyone’s surprise, they did not see girls being any different from boys. So they started to raise their daughters without making them feel inferior to anybody in the society. These parents sent their daughters to school, did not make different rules for girls and boys and were in no hurry to get the girls married off.

Yes, it is true however that ancient social practices left its mark on the believe system. Even the otherwise informed parents therefore believed that after marriage, it was the girls’ predominant duty to cook, clean and run the house efficiently. Working to earn money for herself is secondary and just an added option!

They too told their daughters that she had to be patient, tolerant and forgiving. The girl was educated and equally talented as the man but thanks to the social set up, she continued being only a child bearing machine. This time a glamourized one.

We have now taken a huge leap of time in this article and reached to 19th century. Women have now begun to go out for work more than ever. Credit surely goes to their parents who broke the societal stigmas and made their daughters capable enough to go out and earn money for themselves. Sweet is the taste of financial independence. Such upbringing gave rise to generation of girls who were not only educated but also financially independent. They were street smart, brave, confident and absolutely sorted mentally.

Such women could manage their lives extremely well. They were capable of making their choice about life, career, family, house responsibilities and so on. Women of this century broke the ideology that they are impure, inferior and can’t manage survival without depending on a man. They therefore stopped being object of pleasure, adjustments, sacrifices and compromises.

Burden Once; Now In Demand

Women who were supposed to be a burden few generations ago have now become a blessing to mankind. Thanks to all the infanticides there are only 944 women for every 1000 men. They are therefore no more available in abundance. Moreover, the ones who exists, they do not need to depend on any man for anything. It has now become a personal choice if they want to give birth to babies or not. Women of today are faring so well in every field that many men feel threatened by their ascent.

Womanhood is no more about giving birth to babies and taking care of the husband’s family. Women are no more ready to buy the lame statements that they are impure or inferior to men. Womanhood is a celebration of who she is. Women of today feel extremely confident to live alone and never get married. They feel empowered to voice their opinions and question religious rituals and practices before blindly following them. Many are even questioning the practice of going and living in their husband’s house when they can build one of their own.

Speak Up for Feminism

Being a woman is not a curse and therefore its extremely important that the society respects it. There is no need for giving special & differential treatment to husband and his family. Husband is just a companion and not a saviour. His family is just the same as the girl’s family.

No woman is at the mercy of in laws. When push comes to shove each one of them are skilled enough to take care of themselves. Being a housewife is a choice; no more a compulsion. Treat the husband and his family just well and not like Gods. This is the best gift someone can give to a daughter/sister/woman in support of her self respect and for feminism.