With almost 15% of the global population residing in a single country, it is bound to have food which tantalizes everybody’s taste buds. While it is famously said that every 50 KM in the country the language changes. We would want to add that its not just the language but also the food which changes its taste. This diversity has found its fans not only in India but also abroad. Let’s try and find out 10 globally popular Indian food:

In the list of globally popular Indian food, Biryani is bound to top the chart. Though a gift from the Mughal kitchen, this sumptuous dish is prevalent in all parts of the country. Biryani is served with raita and mirchi ka saalan in most of the places.

Prepared with Mutton ideally, Biryani is one of the most craved food dishes in India. Cooking is done in multiple steps and layers on a bed of rice. It has a good assimilation of Indian condiments and spices. While the basic ingredients remain the same, taste varies in every region. Down South, Biryani is spicy whereas up north it is sweeter in taste and loaded with dry fruits. 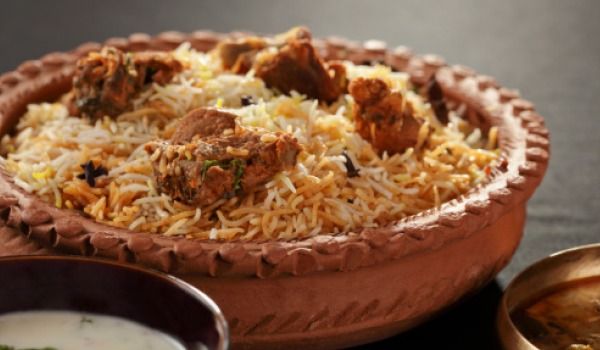 Continuing with the list of globally popular Indian good, the variants of chicken are also quite popular abroad. Most famous being Butter Chicken. Butter Chicken is prepared with loads of butter and good chunks of Chicken. It is marinated in spices and then slow roasted over tandoor or cooked in a wok. Every person has his/her own way of preparing this Punjab popular dish! 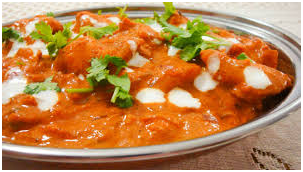 On the vegetarian front, Chola Bhatura is a delicacy globally. It is a preparation of chickpeas eaten with special fried bread made from refined flour. To enjoy this dish, one must visit Karolbagh in New Delhi, or New Market area in Kolkata. It is also the most popular dish in the menu of Creme Centre – a restaurant located in Chowpati, Mumbai. 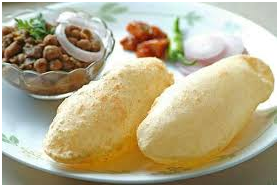 Dal Baati Churma is a combination of lentils and hard wheat bread. It features in the list of globally popular Indian dishes because of its simplicity. The dish is delectable to all and since its not spicy, its particularly preferred globally. Originating from Rajasthan, the origins of this dish can be traced back to the Mewar Kingdom

On similar lines of Dal Baati Churma is Litti Choka. Litti is wheat and powdered lentil rolled into balls cooked in ghee. Whereas, Chokha is prepared by roasting and mashing egg plant and potato in a tomato flavoured gravy. Litti Chokha is a tasty offering from Bihar. 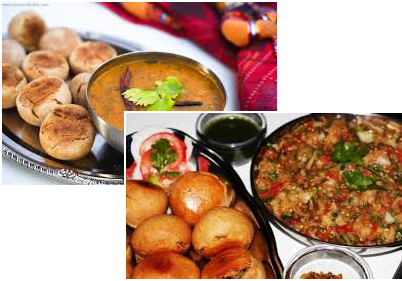 Puchka/Golgappa/Paani Puri or Bataasha is made of flour made into small pooris and fried. It is then stuffed with potato stuffing and dipped in sweet and sour water before being served. Paani puri is invariably India’s most popular street food. 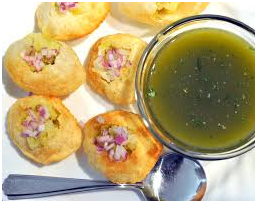 One of the very healthy Indian snack is Bhel Puri. It is made with puffed rice mixed with spices, sauces, onion, potato and tomato. Most of the time, it is served with coconut chunks and peanuts on top.

A close version is Jaal Mudi, available in West Bengal. Jaal = hot Mudi – puffed rice is prepared in a similar way as bhel puri but is made with a dash of mustard oil and without the sweet chutney. 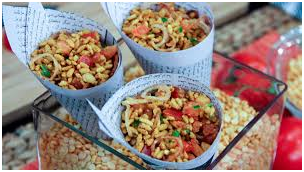 Vada Pav is bread bun stuffed with a potato patty, coriander and spices. Known as Indian burger it originated in Maharashtra. Close variants are Misal Pav, Usal Pav and Pav Bhaji. All are variants eaten with bread bun with different fillings, toppings and spices. 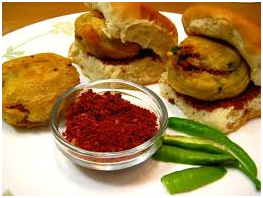 Down south, Idly, Vada, Dosa and Uttappam (primarily made of rice and Urad Dal) served with sambar and coconut chutney provide a complete flavour of the region. South Indian food is so popular globally that so many times it is considered as staple Indian breakfast abroad. 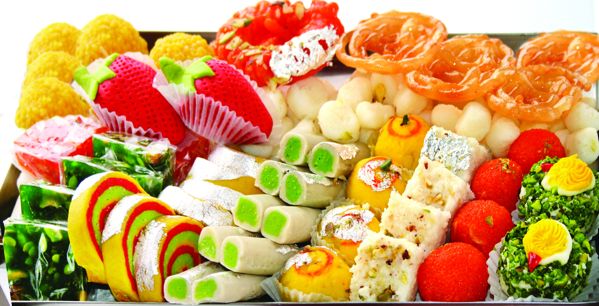 Given the variation, its difficult to zero down on just 10 dishes. But we hope, we have been able to capture the essence of  globally popular Indian food. There is a popular saying that you can take an Indian out of India but cannot take Indian food out of an Indian. Food is a necessity and we make it a beautiful one.

Authentic Indian Food Loved By All

Discovering The Authentic Indian Food Loved By All