Discovering The Authentic Indian Food Loved By All

India is a foodie’s paradise. With 29 states and more regions within them, the variety in food is parallel to none. The vast geography of mountains, deserts, coastlines and plains offer different climatic conditions to every part of the country and thereby every region has its own authentic food.

Most of the time local food is an outcome of what is locally grown and available in abundance. To most of the people biryanis, butter chicken, phulkas, idly vada and dosa is considered as a synonym to authentic Indian food however the diversity is so huge that it cannot be generalized so easily.

Thus in our quest to find out what do most Indians prefer to eat, we have created this article with small introduction to our different food varieties followed by a sectional poll. I hope by the end of this article, we will have some consensus on what do Indian love to eat. 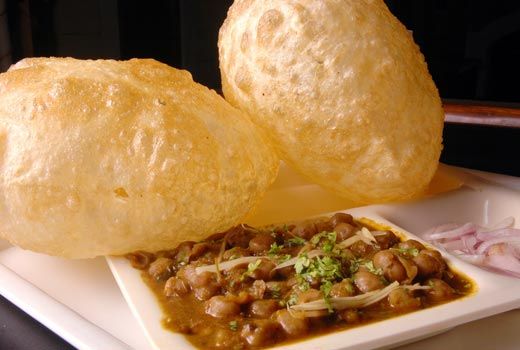 Idly vada, dosa and upma is considered to be authentic Indian breakfast when we travel abroad. Sometimes, parathas and poori subzi also gets included in the list. However truth is, so many households in India eat rice in the morning. At the same time so many of us have cereals/oats, omelettes and bread sandwiches too! So which is the most preferred breakfast option? Shall we cast a vote? Please choose an answer from the small poll below:

Are we majorly vegetarian or are we non vegetarians?

Making generalizations can be a tough task. Many think India is predominantly a vegetarian country and a cow worshiping nation. However in reality many Indians eat everything that moves or crawls! We are the highest culinary lovers of Butter Chicken. The Coorgis from Karnataka love pandi (Pig) while North East of India swear by Dog and Cat meat! Ofcourse not to forget the spread of fowl and other meats used in local rural cooking. Are you a vegetarian or a non vegetarian? Cast you vote here:

If you say authentic Indian food is spicy then think again because so many regions don’t eat spicy food at all. Gujarati delicacies are mild and have very tempting flavours whereas Maharashtrian food is laden with jaggery. Travelling upwards, Ladakhi food is soupy and not spicy at all.

In our quest further

One might wonder if there is any unifying thing about the authentic Indian food? There is and it is the ingredients that form the common thread. Ask Google about the staple food of India and it gives the answer as ‘Rice’ ! A core ingredient such as rice is cooked as a payasam in Tamil Nadu, Biryani in Hyderabad, puffed rice/Mudi in West Bengal,  Poha in Maharastra and turned into soup in Assam. Who can forget the rajma chawal of Punjab.

Having said that, Wheat and other grains like Bajra, lentils like Masoor, Toor and Moong are staple foods too.

Wheat is predominantly made into rotis and sweet dishes in the Northern and Eastern India, where it has traditionally been grown. While wheat has been grown in India for thousands of years the South and North Eastern states have never grown wheat and hence it doesn’t form a major part of their cuisine. However South Indians have taken a liking to rotis as a major part of their diet in recent years.

Lentils are made into several types of dals and sambhars across India while vegetables form a major part of any cuisine.

Our food is incomplete and so is life without the traditional Indian snacks! The assortment of snacks and other dishes is innumerable. Popular snacks like Samosa, Kachori, Idli, Dosa, Pani Puri, Poha variants can be found all across India but one snack that unifies all of India, Maggi!! Which is your favourite snack option?

If you think that was all then you are missing the most vital part of authentic Indian food – our sweets! Be it the garam garam kheer which many like to have cold or the sizzling hot jalebis with rabdi. Our meal is not complete without a piece of sweet. It comes with no iota of doubt therefore that every region has its own preference for sweet too! Which is your favourite?

These small polls will give us some idea of what most of us prefer as authentic Indian food but a country which is as rich in food as is in culture and heritage cannot be reduced to few food dishes. If you have an international colleague who is visiting India and you are wondering what to serve them as authentic Indian food then here is the handy checklist:

Sea food from Kerala, Tandoori chicken from Delhi, Sambar from Tamil Nadu, Biryani from Hyderabad, Pav Bhaji from Mumbai, Lithi Choka from Bihar, Daal baati Churma from Rajasthan and the sweets like Rosgulla from Kolkata, Mysore Paak from Bangalore and the all time favourite momos from North East. These are some of the things that should be recommended to a traveler to India! 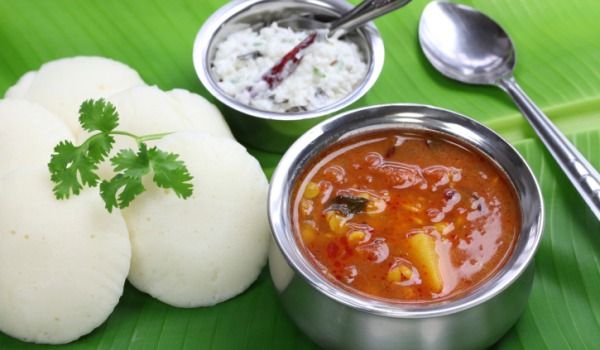 Relish on Idly Of Our Madrasis