The very first sight that comes in our mind when we imagine Durga Puja is that of a well-armed deity riding a lion holding a trident pointed towards demon, symbolizing the victory of good over evil. Listed below are some of the must know facts about this event:

Durga Puja commemorates Prince Rama’s offering to Maa Durga before going to war with the demon king Ravana. Lord Rama first worshiped the ‘Mahishasura Mardini’ (the other name for the Goddess) or the assassin of the buffalo-demon, by offering 108 blue lotuses and lighting 108 lamps. 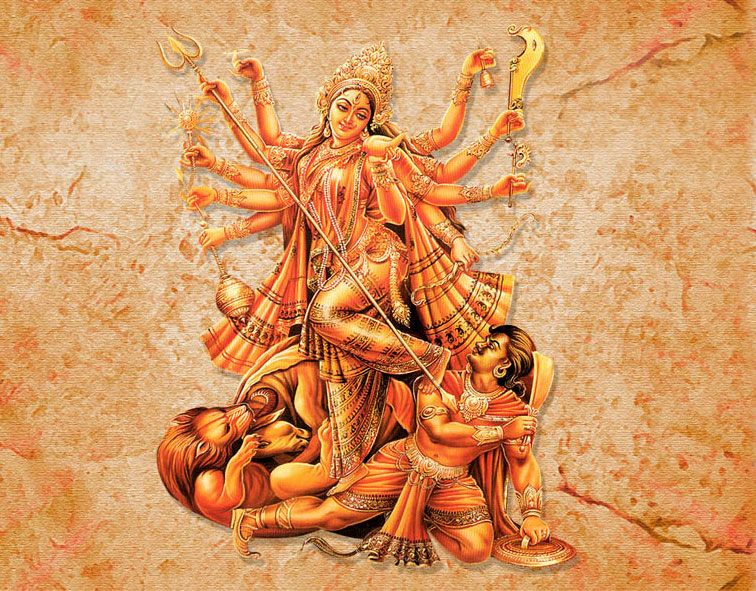 2. It was Basanti Puja

Originally, Durga Puja was celebrated during Spring as Basanti Puja. The ritual during autumn (September-October) is different from the conventional one. So, this Puja is also known as ‘Akal-Bodhan’ or out-of-season (‘Akal’) worship (‘Bodhan’). 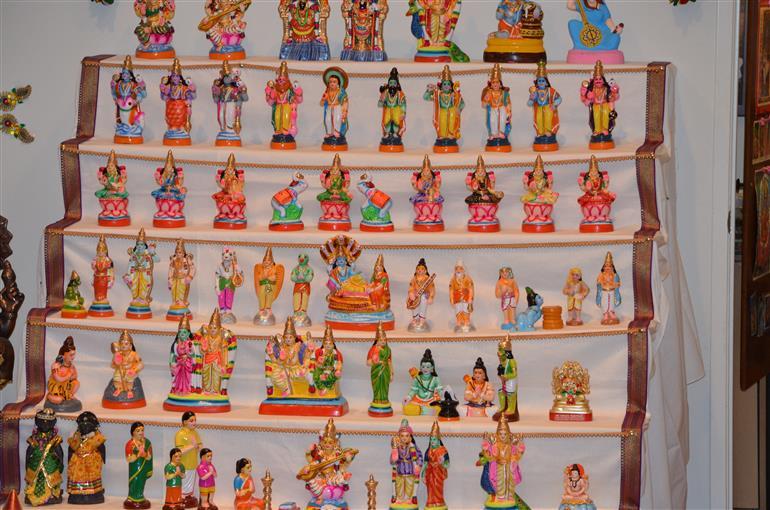 West Bengal is the hub for this festival. The first Durga Puja in Bengal was held by the zamindars of Dinajpur and Malda during late 1500 and early 1600. ‘Baaro yaari’ or twelve friends or the Sarbojanin Puja was conceptualized in 1790 in Hooghly, while it hit Kolkata in 1909.

‘Devi Paksha’ (Fortnight of the Goddess) exists during this phase. It marks the end of ‘Pitri Paksha’ which is dedicated to deceased forefathers. It is said that Maa Durga alongwith her children starts her journey towards the earth on the first day of the Devi Paksha period.

6. Soil from the brothel

The soil in front of a brothel is considered to be highly pure. It is believed that while entering a brothel, a man leaves behind all his purity at the threshold of the brothel thereby making it highly virtuous. To make Goddess Durga’s idol this pure soil is begged from a brothel and is used in carving the idol.

Various forms of pratima or idol are available in the market during Durga Puja. The oldest and most conservative form is known as ‘Daaker Saaj’. Imported beaten silver or rangta’ from Germany was used for decorating the idol. Since it was delivered by the postal service or ‘Daak so it uses the name Daaker Saaj. 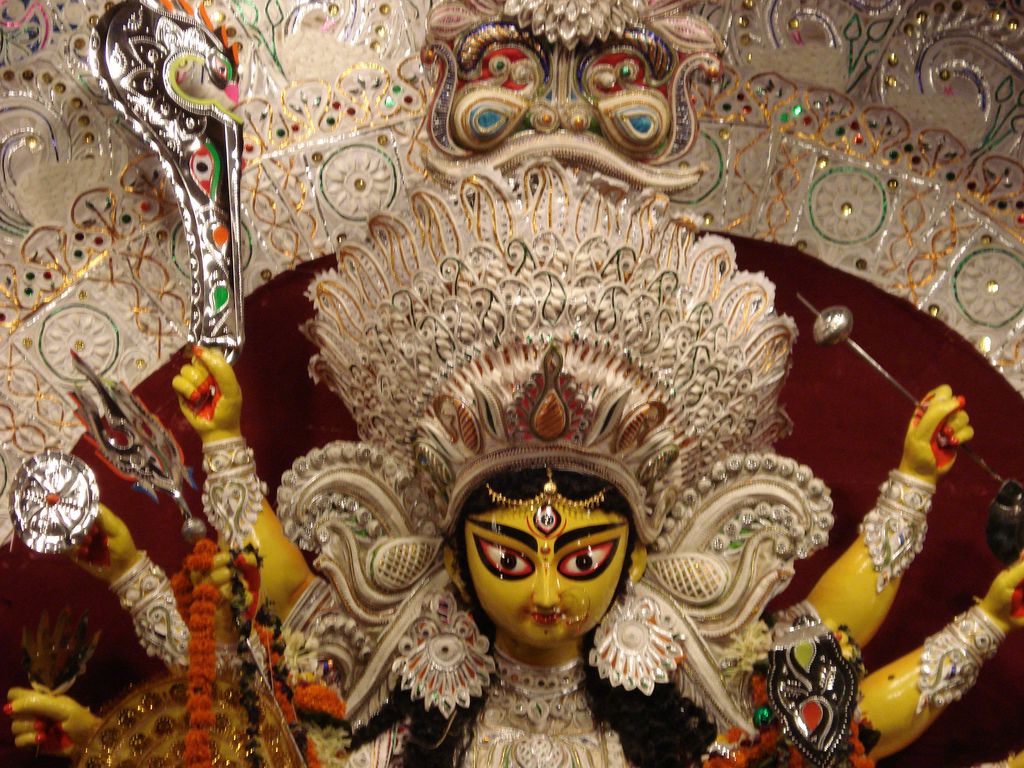 ‘Kola Bou’ or the tree bride, more popularly known as Lord Ganesha’s wife, is prepared by adorning a banana plant. On Saptami, the seventh day of Durga puja, Kola Bou is bathed in the morning as a part of rituals and placed on the right side of Maa Durga’s son, Ganesha. 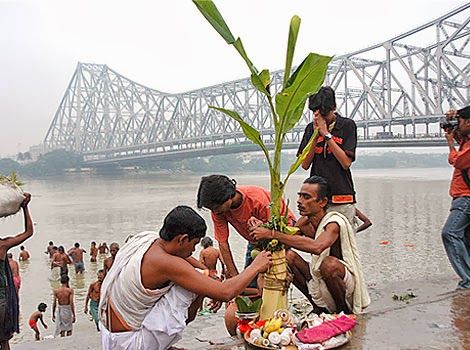 ‘Kumari Puja’ (worshipping young and ‘eligible’ girls), is a tradition started by Swami Vivekananda in 1901 in Belur Math. Kumari Puja is an inherent part during Durga Puja and signifies the divine feminine power. Food and gifts are offered to young girls by those who observe fast.

During Durga Puja khichdi is cooked in a distinct flavor. It forms the blog or offering to the Goddess in the form of food. The journey of Durga Puja from a household ritual to community  practice has redefined the preparation and distribution of bhog. Nowadays, packed bhog is available and delivered at doorsteps. 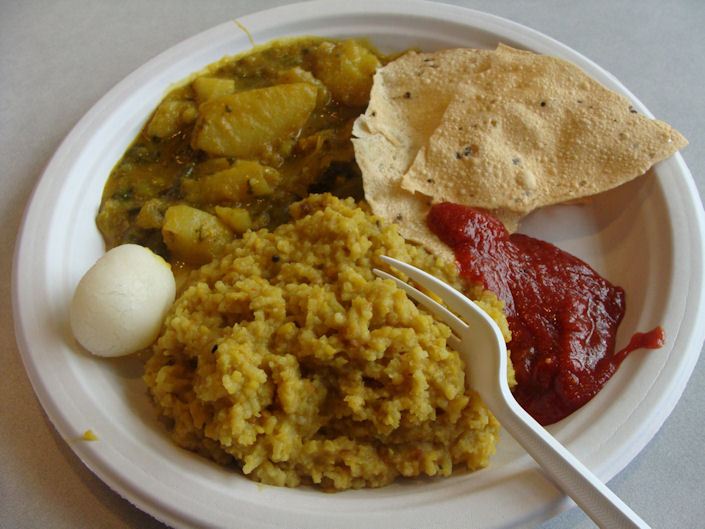