Many famous songs have been dragged to court for ‘satanic messages’ in them when played backwards, a technique called back masking. Some of the well known bands who have been known to be dragged to court for Reverse Messages are Queen, Led Zeppelin, Pink Floyd, Beatles and Enigma among others. Many of these songs play the bible in reverse which is considered to be anti-Christ and a bad omen giving an open invitation to Satan. 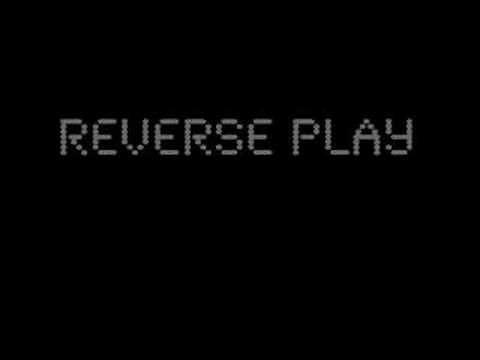 Who are the watch dogs for such songs?

Religious groups like Christian evangelists are mostly the groups that file problems against songs which promote back masking. The issue is not in back masking of the songs itself but the outcome of it. When such songs are back masked; the satanic messages may get heard without the deliberate attempt by the composers. Court rulings have sometimes favoured the bands and sometimes the religious groups.

Opinion is divided as to how much of the messages are intentional and how much of it is a coincidence. Many words may be identical to biblical or satanic words when played in reverse and that can be pure coincidence.

Cognitive Dissonance Makes A Case for Back Masking

Experiments in human perception have proved that when we say or hear something ourselves, does not mean that it is the same for another person as well. For example, if you had to tap out (using a pen to tap on a book or desk) a famous song in front on your friends, how many do you think would correctly guess the song being tapped?

You would say almost all. But actually, the average rating for correct guesses on this, is just 2 %.Why? Because when we are playing or tapping the song, we imagine the pauses and emphatic parts of the song, but are not able to convey it well to the audience. So for them, without those pauses and emphasis, it could sound like anything under the sun. However, if you tell them what song you are tapping and then tap it, they will hear it.

Such research evidence certify the claim that it could be just accidental for certain words to sound like ‘it’s fun to smoke marijuana’ when played backwards 🙂 Don’t believe me? Well this argument saved Queen’s famous song ‘Another One Bites the Dust’ in a lethal back masking court battle. 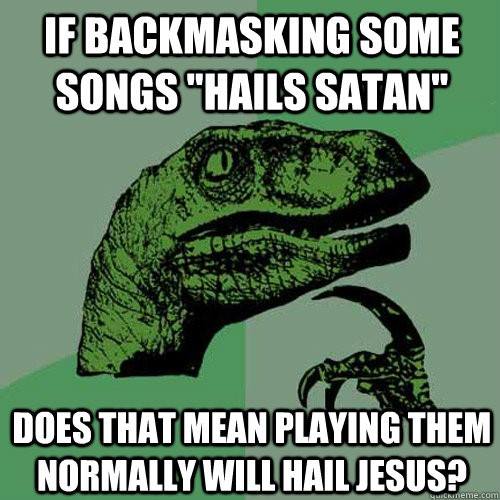 What cropped the check in the first place?

Wondering where evangelists got the idea of checking songs by back masking them? From the 1973 movie – The Exorcist. In the movie a tape recording when played backwards contained messages that were satanic in nature. Inspiration can come from the strangest of places!

Are the evangelists wrong? It’s not such an easy question to answer. Perhaps they only want to save young, vulnerable kids from subliminal messages that may harm them. Perhaps they have an agenda against certain kinds of music and all this is just vendetta. When will we know for sure? Will we ever? The jury’s out on that.