God Men are the race of enlightened men who proclaim to be messengers of God, sent to this world to guide and help mankind. While the concept of God men traces itself way back to the “Guru – Shishya” tradition of Hinduism, it is still popular. People strongly believe in them and often look up to them for a slice of advice. However in reality, these God men are today synonym to being pakhandi and dhongi babas! 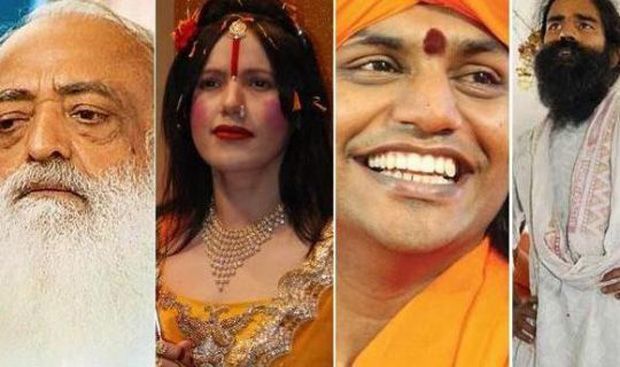 Most of them have a long list of followers and bhakts. They have mass popularity amongst people and families of blind faith.  Therefore every word of theirs is considered to be gospel truth which nobody questions. Unfortunately, blind faith has paved the way for thugs who have not just been money minters but have also become molesters, rapists and middlemen for political parties’ spurious activities.

How do these God Men Evolve?

The evolution of these God Men takes place in the following manner:

Firstly, they starts claiming to be a reincarnation of some famous guru. Thereafter, they start preaching and getting a lot of devotees to follow their teachings. Later they open ashrams and trusts all over the world.

Then their followers begin to create stories highlighting the miracles done by these God Men to their lives. Finally, these thugs become renowned God men who are hub of every possible criminal activity one can think of.

Moreover, these God men do not belong to a single faith, they are present in every sect of each and every religion with no exception. Lets have a look at a few so-called God Men. 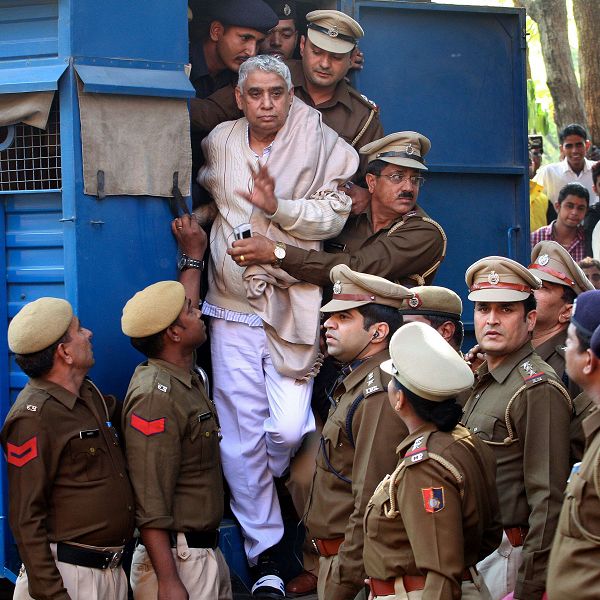 Rampal, proclaimed himself to be the reincarnation of Sant Kabir. The followers of Rampal were prohibited from idol worship, temple visits and untouchability. He founded the Satlok Ashram in the state of Haryana.

How did this so called Sant Kabir’s God Man have a run – in with the Law?

On two different occasions Rampal created religious rifts with the members of Arya Samaj leading to the death of 1 person. As a result, he was sentenced to 22 months of rigorous imprisonment but that did not change him. The moment he was released, his notorious activities again picked up and one more time, he was arrested against a non bailable warrant. May he always be inside so that peace can prevail outside!

“Bapuji” as his followers affectionately call him, preached the “existence of One Supreme Conscious in every Human being”. He is influenced by Bhakti Yoga, Gnana Yoga and Karma Yoga. He started his journey at jobs like a tea seller, a liquor seller and a worker in a milk diary.

Interestingly, today Asaram is the

How do you think he managed to generate so much of wealth?

Well, the answer is simple. By fooling people and claiming to be a God Man! 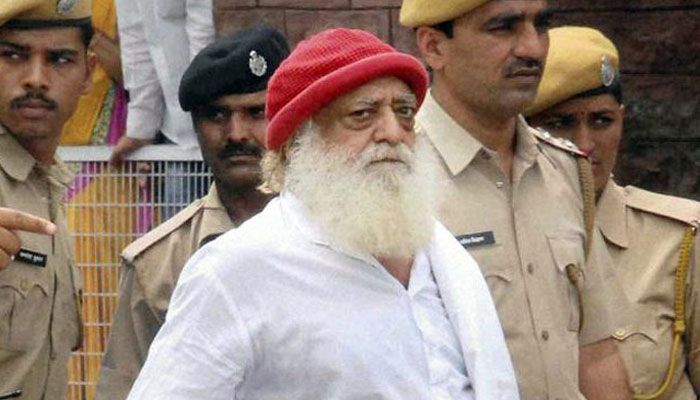 What caught him in the hands of Law?

Asaram Bapu is simple in his appearance.He is often seen sporting  white Dhoti-Kurta and a long white beard. But this saint’s character is not as pure as his attire. He has been accused of possessing land acquired illegally and for the deaths of two boys in his ashram.

Most recently, one of his female followers in Jodhpur reported a sexual assault case. Following which, other families too got the courage to come out and report similar crimes.

He was the third successor of a spiritual organisation “Dera Sacha Sauda”. Gurmeet Ram Rahim Singh has played multiple roles. He is a spiritual leader, social reformer, actor, director and a singer. 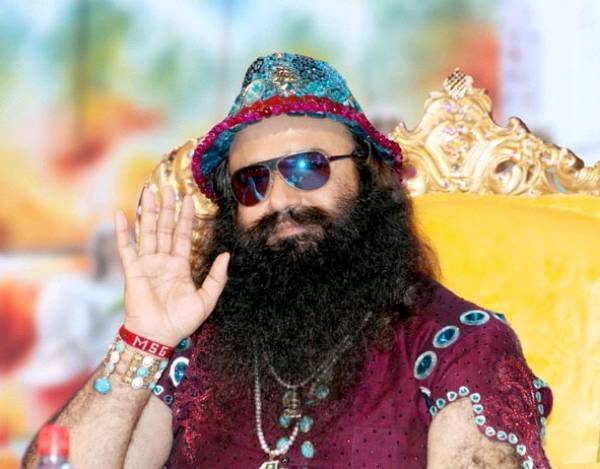 In addition, he has made constant endeavors to engage himself in social service activities. Few of them are:

In addition to all these noble deeds by “Insan”, what made him a controversial God Man?

First of all, he is a self obsessed  man which is quite from the three movies that he has made. Tracking his crime record, in the year of 2002, he was accused of sexual abuse by one of his female followers. Following which, he was also accused of murdering two people. The first being a journalist named Ram Chander Chatrapati who wrote critical articles on his organisation and the second being Manager of DSS. These cases are still pending on his name. 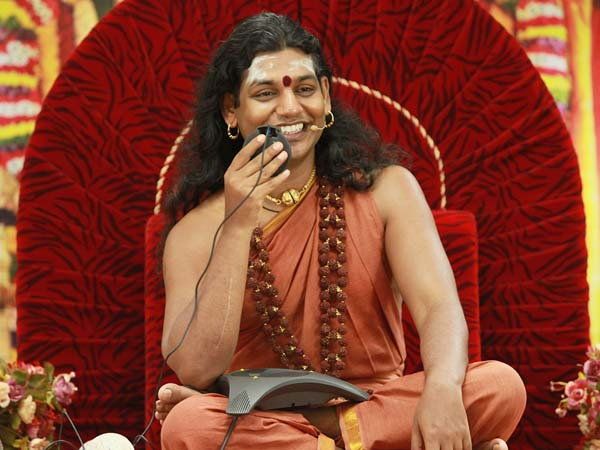 Swami Nithyananda is the founder of Nithyananda Dhyaanapeetam. He has looted the wealth of innocent people. Today he is the mastermind behind accumulating Rs. 1400 million and as a result, has ashrams in India as well abroad.

What brought this god man into trouble?

In conclusion, Nithyananda has 12 cases pending against him in various courts today. He has been accused of cheating, rape, unnatural sexual acts and land grabbing. 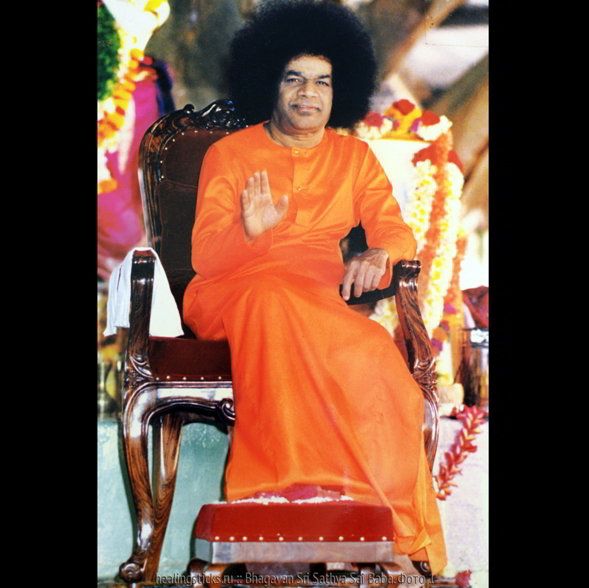 Seems like, God Man Sathya Sai Baba deserves a special mention. He won the heart of all his devotees by organizing many social service campaigns. Free treatment campaigns, multi specialty hospitals, schools and colleges, he did it all. So,he was called “Bhagwan” by his followers.

He was charged with various allegations of sexual abuses and pedophilia. Furthermore, he is responsible for siphoning off funds in the guise of donations.

Even after the Baba’s demise, trustees found 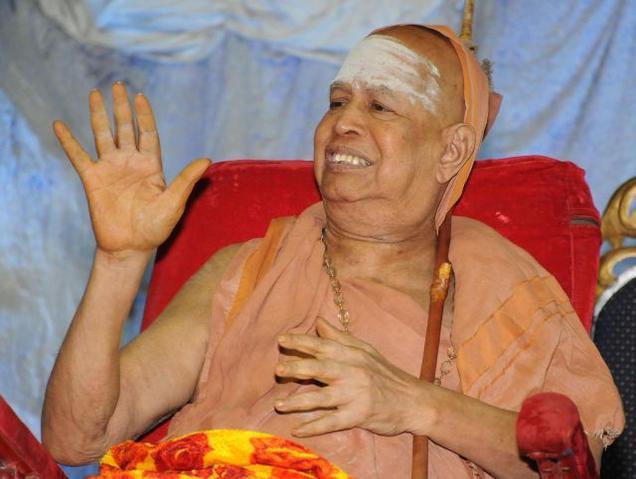 Jayendra Saraswati was the 69th Shakaracharya Guru. Also, he belonged to the Kanchi Kamakochi Peetham. He was the founder of Kanchi Math. Today, it runs many schools, eye clinics and hospitals.

What made this God Man convicted in the eyes of Law?

He was accused of the murder of the following two persons namely,

Hence, another fraudster God Man was revealed who looted his devotee’s and created huge amounts of wealth. 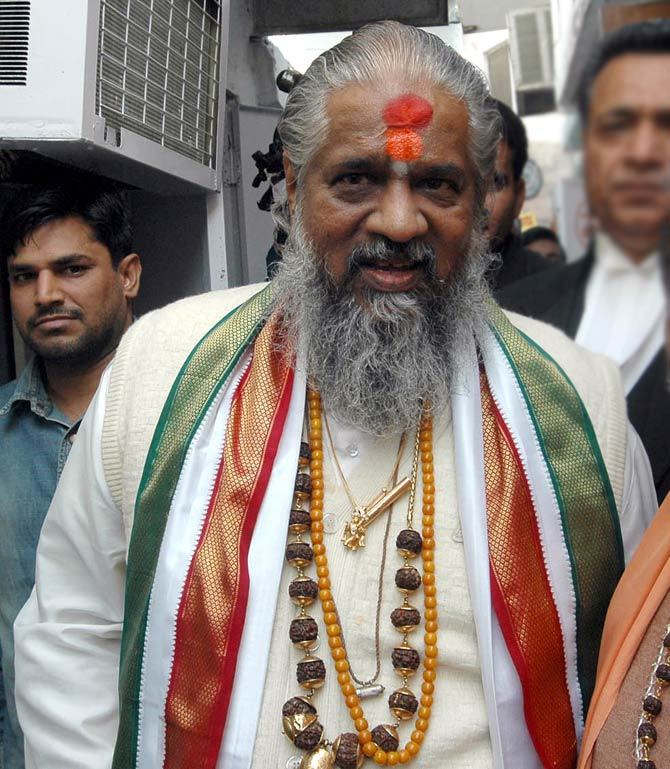 Chandraswami was fascinated by Tantra right from his childhood. And, he practiced meditation for years in the forests of Bihar. So, he claimed to have obtained extraordinary powers called Siddhis. As a result of this false claim believed to be true, he became the spiritual advisory of Narasimha Rao. Probably this was one of the reasons behind his prominence in the world of God Men.

Radhe Maa, the famous God Woman, was known for her controversial issues. Since childhood, she was drawn towards spirituality. She proclaimed herself to be an  Incarnation of Goddess Durga.  Consequently, she founded Shri Radhe Guru Maa Charitable Trust.

What lead this God Woman into controversy?

Her attire of wearing a mini skirt which had gone viral on the social media, definitely does not portray her as a “God Woman”. 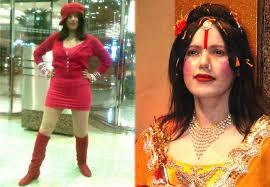 Beware of these so called “Dhongi Babas” claiming themselves to be God Men.

The list above goes on and there is no end to these self styled “Babas” claiming themselves to be God Men. Time and again their motto is only creation of wealth to fulfill their own selfish needs. Hence, approaching these God Men is like dialing a wrong number and trying to reach out to God.