We all know what it is. A few days every month, you – or, if you don’t get PMS, then somebody you know – gets a bit achy, a bit emotional, a lot irritable and unpredictable. Don’t immediately assume that somebody who shows those symptoms is PMSing. That is just a bad idea all around. A woman who is not PMSing will get extremely annoyed at the assumption, as if the only reason she can be irritable is hormonal. If she is PMSing, she’s bound to be irritated anyway. It’s a no-win situation, so just go with a general ‘Are you alright? Is there any way I can help?’ if you must say anything.

Here’s something that might surprise you a bit: The cause of PMS is unknown. It’s assumed, generally, that it has something to do with cyclical hormonal changes, but that is just what seems to be a logical assumption. ‘Biochemical events in the nervous system’ is the closest thing we’ve got to an explanation. The cause of PMS is actually unknown, though it’s assumed that factors like a high-salt diet, loads of caffeine and alcohol might make symptoms worse. 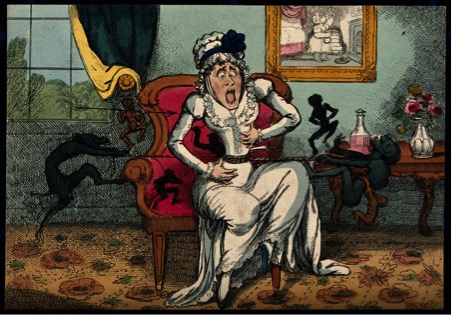 They say colic, but what do they know!

Having calcium and vitamin D supplements helps for many women. Another thing that helps, which seems counterintuitive, is exercise. Yes, we know that sounds like a horrible idea. If you’re PMSing and the idea makes you want to punch somebody, totally understandable. But exercise can relieve symptoms from physical cramps to general irritability. Our current pet theory is that it just gives you more aches and pains so that you just stop caring. 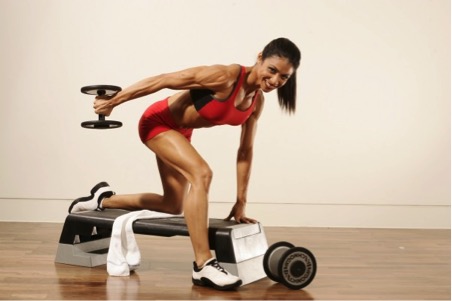 But some things are not normal, and it’s important to recognise that, too. Cramps that are so bad that you feel like your normal life is being interrupted are not normal. Go to a gynaecologist, and insist that you be taken seriously, because endometriosis might be the culprit. It’s difficult to find accurate numbers because so many cases go undiagnosed, but it’s estimated that up to ten percent of women might have endometriosis. This condition causes endometrial tissue – what makes up the lining of the uterus – to develop outside the uterus. It can, left untreated, become a fibrous cyst.

It can also contribute to infertility among women, but as long as it’s caught early and surgically treated, this is temporary. Catching it can involve diagnostic laparoscopy. Doctors can be reluctant to do it and tell you to take an anti-inflammatory medicine instead. But insist on it if you notice the symptoms, including: 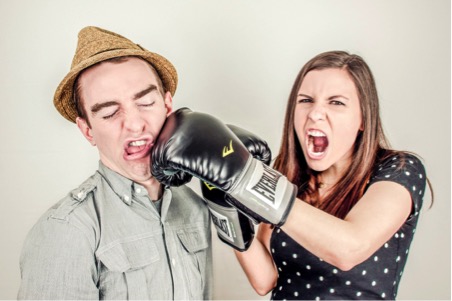 We’d put this in the ‘not normal’ section, even if he left the toilet seat up.

The other thing that isn’t just something you’ve got to roll with is PMDD – Premenstrual Dysphoric Disorder. If the kind of mood swings and negative emotions that swamp you around that time leave you miserable and unable to function well, it’s not normal. You don’t have to brush it off as normal, and you’re not weak to feel as if you need help. Up to eight percent of women are assumed to have PMDD, but since going to a doctor about feeling blue when you’re PMSing is a silly thing to do, most don’t get diagnosed. There are treatments to help handle this, and make it easier for you to function during the worst of it.

If you think you need help, please remember that it’s more than okay to get it – to insist on it. You deserve it. It’s not always just PMS. If your body tells you that it’s not, trust it. But even if it is just PMS, there’s nothing wrong with wanting a little extra TLC, too. Cut yourself a break. It’s alright.