Amidst the ever existent poverty and illness in the world, Mother Teresa posed as a shining beacon of positive light and spread her wings of love and compassion to the needy. She was the light in the darkness of pain and sin. She founded the Missionaries of Charity which served hospices to the ones in need. In the last two decades of her life, even when she was severely ill, she traveled all around the world to reach out. She had such a magic touch that her actions reached souls and her words reached hearts.

Popularly known as the saint of gutters, it came as no surprise when Pope Francis agreed to elevate Mother Teresa to the position of a saint. The announcement was made on 18th December 2015 after Mother Teresa’s second miracle got recognized by the Vatican.

Know more about these Miracles of Mother Teresa:

The first miracle was recognized in 2002 by the Vatican. In this incident, an Indian woman named Monica Besra was completely healed of her tumor in the abdomen. In September 1998, on the first death anniversary of Mother Teresa, Monica was miraculously healed.

Monica was first admitted in Balurghat Hospital with tubercular meningitis and later she was diagnosed with an ovarian tumor. The doctors had declared her to be so weak that she would have died if they got her on an operation table. Following this, on Mother Teresa’s first death anniversary, the sisters announced a special mass. That evening, they tied a tiny medal that had been blessed by Mother Teresa around Monica’s stomach. The next morning when she woke up, she looked at her stomach and noticed that the lump had entirely vanished. This was immediately informed to the Church authorities and in December 2002, Pope John Paul II officially attributed this as a miracle. 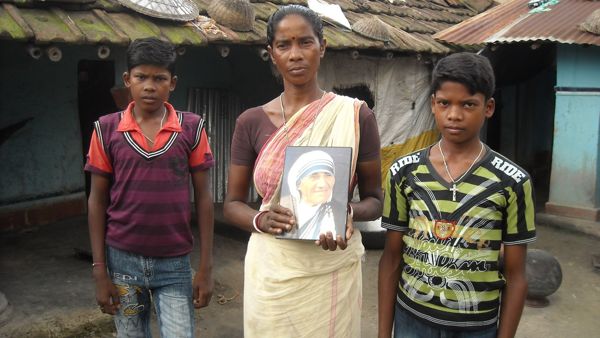 The second miracle was recently attributed by Pope Francis. The miracle involved the healing of an ailing Brazilian man (living in Santos) with several brain tumors in 2008. He had a serious brain infection. His family and especially his wife continuously sought the intercession of Mother Teresa for him. This man had been in a coma for long enough and was about to undergo an operation when the surgeon who was to operate him was left stunned at what he witnessed.

The patient was awake and showed no signs of any kind of pain! He had made an immediate recovery. Also, the medications that he had taken for all the years had made him sterile but despite this, he was able to have two children.

These two miracles paved the way for Mother Teresa’s sainthood. She will be canonized as a saint in September, 2016 around the date of her death. Obviously there has been a lot of backlash and a lot of criticism towards Mother Teresa and her miracles but where there is belief, there are doubts. Despite this, Mother Teresa lives and will immortally reside in people’s hearts and will forever be respected for her generosity and kindness!

Know Everything About Sanathan Dharma

Know Everything About Sanathan Dharma