Terry Pratchett: If you haven’t read Discworld, you must.

Having your favourite author’s last book published posthumously is not an experience most book lovers would relish. But that is what Terry Pratchett’s legions of fans – ‘We are legion’, and Pratchett fans will get that – have to face. But as ‘The Shepherd’s Crown’ finally gets to us, hot off the presses, the one thing we can do is try to introduce everybody we love, and even those we don’t, to the legacy of Terry Pratchett. 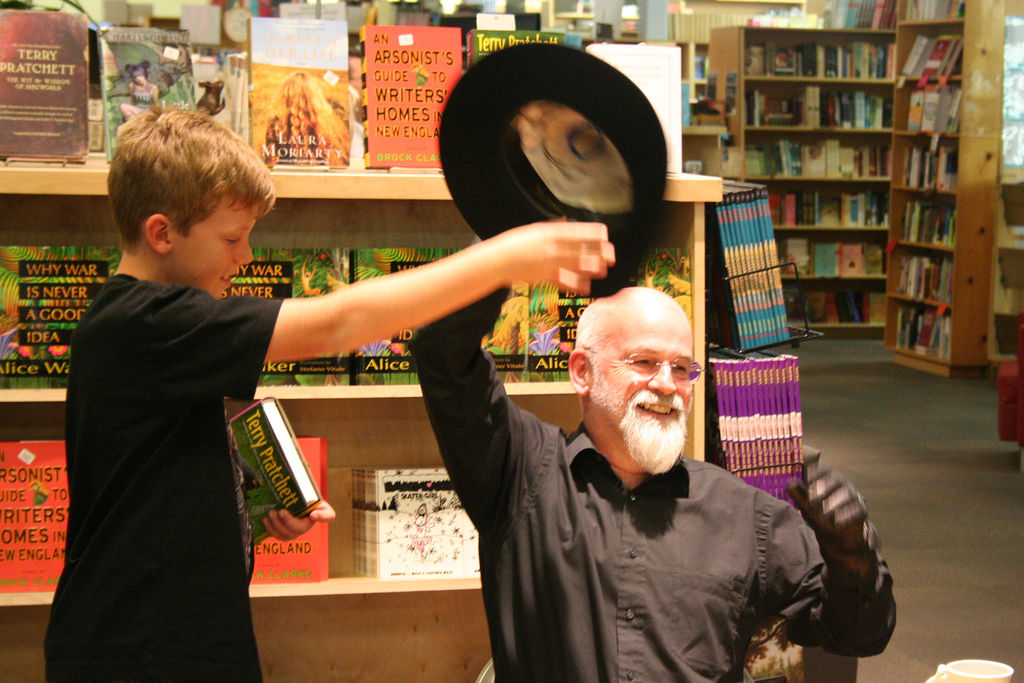 Terry Pratchett with one of his legion via

No writer could hope to leave behind a legacy more undeniably joyous than the Discworld. Pratchett created a flat world that sits atop four elephant, who in turn stand on a vast turtle, A’tuin, who swims through space. If that doesn’t intrigue you, I despair. On this world, there are all the classic elements of fantasy: dragons, wizards, trolls, dwarves, werewolfs, gnomes, pictsies, witches, auditors and more. But they are all set in a world as unlike the traditional high fantasy realms you know. They are set in a world that will remind you of our own, only so much sharper, funnier, wittier and where even if everybody won’t live happily ever after, they will probably live an interesting life.

His Discworld books have multiple protagonists, and each protagonist has his own series of books. Rincewind, for instance, stars in many Wizard books. Granny does in Witch books, though Nanny is just as important. Sam Vimes is the antihero of the Watch (like watchmen) books. Death stars in his own. 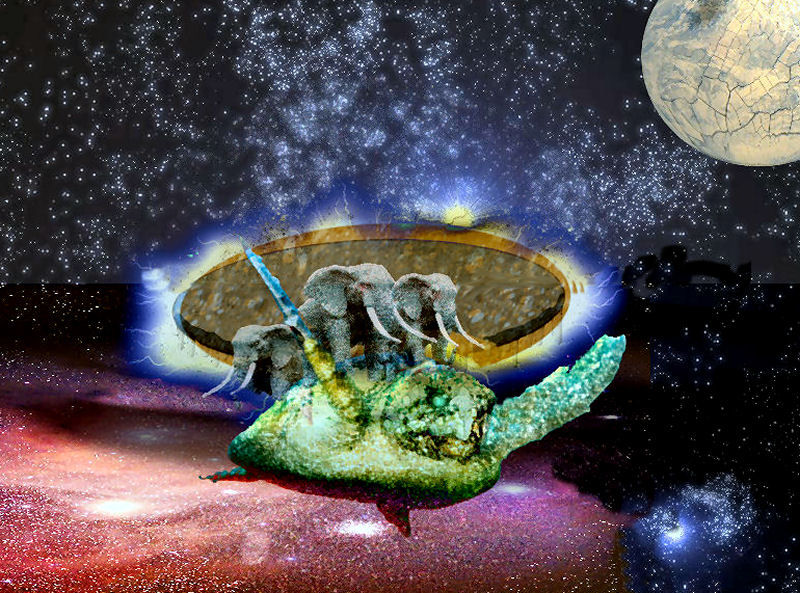 It all happens here. And it’s awesome. via

So before you embark on what, I promise, will be the most fun adventure of your life, here are a few introductions:

Death: HE SPEAKS IN CAPITALS, CARRIES A SCYTHE AND RIDES A MEAN MOTORCYCLE WHEN REQUIRED. LIKES CATS.

Susan Sto Helit: Death’s granddaughter. Alright, adopted granddaughter, but some heredity has nothing to do with actual genes.

Rincewind: The most incompetent wizard in Discworld. Specialises at running away, is usually spotted accompanied by Luggage, which is made of Sapient Pearwood. Has legs, follows his master, and is rather bloody-minded and murderous.

Nanny Ogg: The most cheerfully bawdy witch you will ever read about in your life. She’s got thighs that could crack coconuts and is an accomplished midwife. Could drink you under the table any day of the week. Yes, you.

Tiffany Aching: Young witch, still finding her feet, but has to find them while running since she seems to attract trouble. She doesn’t take kindly to nonsense.

Sam Vimes: Commander of the City Watch and Duke of Ankh, but he hates the Duke part. Hates everything to do with the aristocracy. Once arrested the leaders of two nations about to go to war for disturbing the peace. That, when you think about it, is what a lot of commanders should do.

Lord Vetinari: Patrician of Ankh Morpork, the finest city on Discworld. All roads lead to/away from it, depending on how you look at it. He has made Ankh Morpork work, and that is something nobody apart from him has ever been able to do, so no assassins will accept a commission on him. 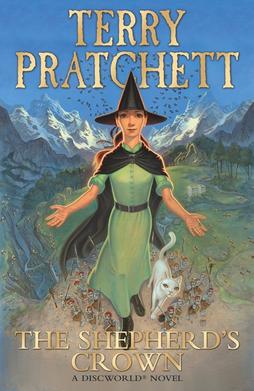 The latest and last book is a Tiffany Aching one, and is meant for young adults, but Pratchett’s books have a way of appealing to the young and old.

The one consolation we all have is that even if this is his last book, every time we read one of his old books, we will always find something new. That is the mark of a truly great author, and Terry Pratchett is one of the greatest of them all.