Biryani has become an indivisible part of the Indian culture. It is found everywhere, in every form, right from street food to the 5-star restaurants and everywhere in between. There are thousands of food joints throughout the country that run purely by selling biryani exclusively. For those who are yet not been exposed to the delicacy, it is essentially a rice dish that is prepared with aromatic spices, saffron and pieces of meat. Biryani is neither a fried rice preparation, nor is it a traditional Indian pulao. Whatever it is, it is extraordinary. 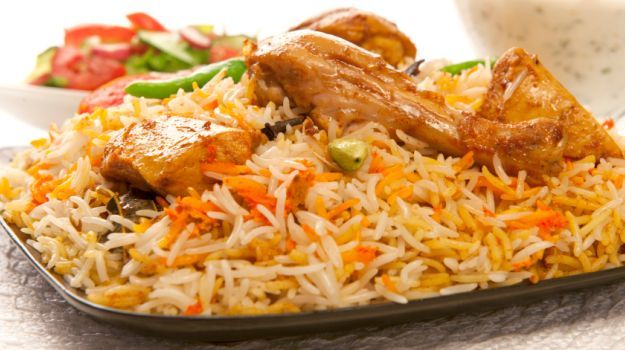 Most people assume that biryani became a part of Indian cuisine because of Babur the Mughal emperor. Babur came from Central Asia. However, in Akbar’s journals, we find him saying that the word “biryani” existed much before the Mughals came to India.

Biryani was not brought in to India even by Timur Lane. Essentially, what has been found that the process of cooking biryani using dum or steam for an extended period of time, had existed much prior to the advent of these foreign rulers in India. Although they definitely helped in giving rise to the various kinds that exist today.

One of the best places to start your biryani journey across India is Kashmir, which is home to one of the most essential spices used in biryani – saffron.

Famous for its lakes, hills, weather and overall natural beauty, Kashmir is also famous for its exceptional cuisine which consists of rich flavors and spices. If you are visiting Kashmir, then visiting Srinagar is a must, which is the capital. Kashmiri biryani is more like a pulao, but it is cooked in the same style as other biryanis, for a long period of time, but with different spices. It is sweeter, with no garlic and not onion. 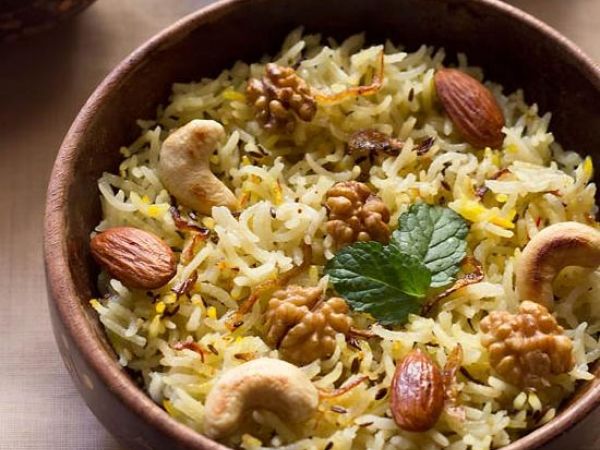 Lucknow is known as the city of Nawabs, and the Persian influence is still evident in the culture and lifestyle of the people. This is the biryani which was perfected by the Nawabs and the Mughals and it is also known as Awadhi biryani. They come most popularly in two ways – either with Murgh (chicken) or gosht (mutton). This kind of biryani is made with less spices, but it is very aromatic and subtle nonetheless.

Where to try best Lucknowi biryani: Lalla Biryani at Chaupatia Chowraha in Chowk, or even Wahid Biryani in Aminabad Market.
Where to stay: Hotels in Chowk include Hotel Tej Kishan Plaza and Amber Hotel. 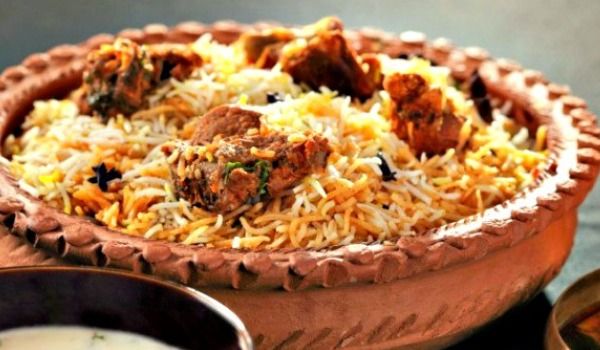 After getting a taste of the most authentic kind of North Indian biryani, it is time to travel south, where you have to stop at Hyderabad. This is one of the more popular kinds of biryanis, which can be found all over India. However, a person travelling to the city of Hyderabad solely for the purpose of tasting their biryanis is nothing new. It’ll take about 15 hours to reach Hyderabad by train, and 22 hours by car from Lucknow. There are direct flights also which you can take to Hyderabad.

Hyderabadi biryani is a dish that owes its heritage to the Nizams, though its roots lie in Mughlai and Iranian cuisines. What sets it apart from other biryanis is the method of making it. There are two variants, the Kacchi Biryani and the Pakki Biryani. Usually mutton is the meat that is used in the various kinds of Hyderabadi biryani.

Where to try the best Hyderabadi biryani – Hotel Shadab, Bawarchi, Paradise Hotel
Where to stay – Central Court Hotel, or the Park Hyatt. 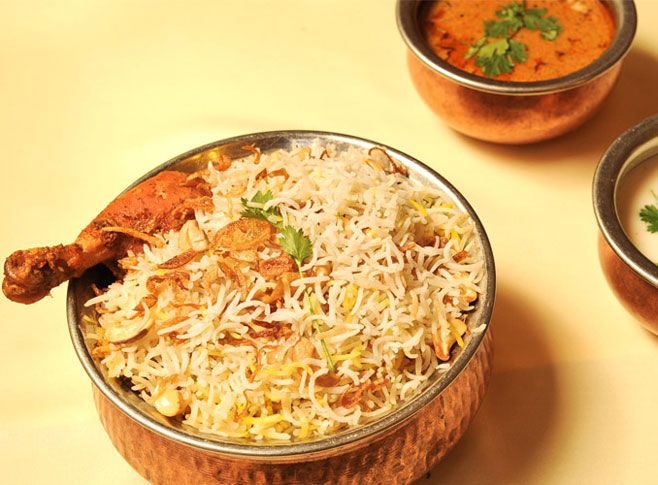 After you have had a taste of the biryani that Telangana has to offer, it is time to travel further south, which will take you to Tamil Nadu. The tiny city of Ambur is located on the Chennai-Bengaluru highway. It is a 10 hour car ride away. Alternatively, you can also take trains and buses to the small town, all of which can be booked online only a day in advance.

When you enter the tiny town of Ambur, you may be taken aback by the amount of biryani you find everywhere. From proper restaurants to little stalls on the streets, people in Ambur simply love biryani. But the biryani served here has its own twist to it. Before adding the meat to the rice, they let it marinate in curd or dahi for a really long time. The marination adds flavor and makes the meat tender. They come in variations such as chicken and mutton, and even prawn and beef, and the specialty lies in the fact that coriander and mint are dominant flavors in the rice. It is best served with brinjal gravy and raita.

Where to try the best Amburi biryani – The Star, located on top of the highway
Where to stay – Hotel Anand Park, CR Regency, etc. 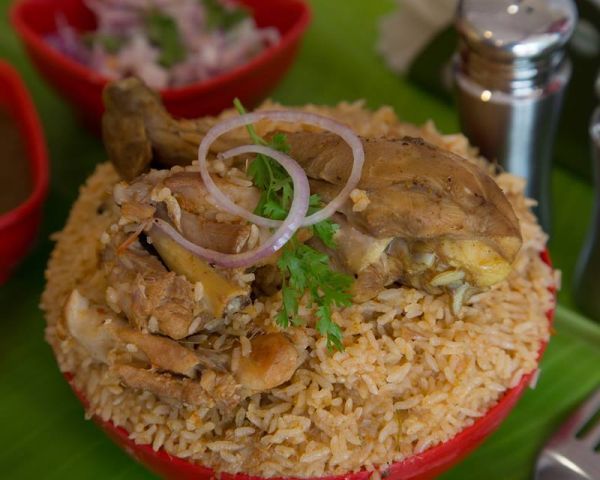 Thus, here ends your journey across the length and breadth of the country. No other dish represents the myriad culture of the people of India, other than biryani!