2 women centric movies have been released more or less during the same time. While one is based in a rural set up of Gujarat, another is in the urban city of Delhi. Both the movies revolve around the lives of 3 women respectively. As audience, once again we have been exposed to hard truths about our country, urban or rural. Pink and Parched have yet again opened the Pandora box highlighting the crimes against women.

She will not tolerate it, says Pink and Parched

In the movie Pink, Minal was threatened on the phone that she will be taught a lesson. No matter how scared she felt within but instinctively she could not put up with it. She rebelled to say “jo karna hai karr le, samne aa phone pe kya dhamki de raha hai”! Similarly in the movie Parched when Naomi was eve teased in the bus stand she did not look down and walk away. She turned back and gave a fierce glare which could have ended with few slaps on Gulab and his gang if Kishan had not entered the scene right then.

P.S.: Many might say that wasn’t eve teasing because afterall our society has got so used to such behaviour that they forget that cat calling is also eve teasing.

Her Life Her Choice

Deepika Padukone received lot of backlash for saying “my body my choice” in her fashion magazine video. However fact is, women are indeed entitled to make a choice for themselves. Be it Falak choosing to have a relationship with an elderly man in Pink or be it Radhika Apte choosing to have a baby through some other man in Parched.

When men are flirtatious with women it is called being Casanova. Unfortunately, when women exhibit such behaviour she is branded as a whore! Nobody saw the need to coin a word for harmless flirting done by women! There is no place for flirtatious women, the moment they venture there, they are considered to be sluts! Be it the court scene of Pink or the slut shaming of Bijli in Parched. This attitude of the men is a common thread in both the movies. 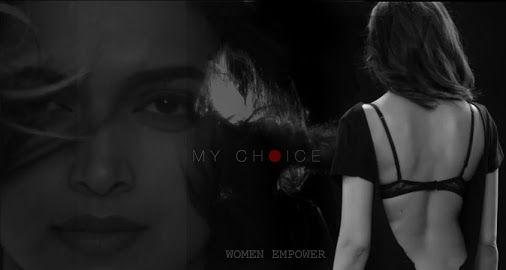 When local people in park identified Minal as the victim of the ongoing court case in the movie Pink, Minal reactively covers her head. Similarly, Gulab’s wife is also shown hiding her face and covering her hair all throughout the movie in Parched. Somewhere women reactively show resilience when they are shamed at. It is only later when the suffocation culminates that they shed the inhibitions and come out raw to say this is who I am, like it or leave it. 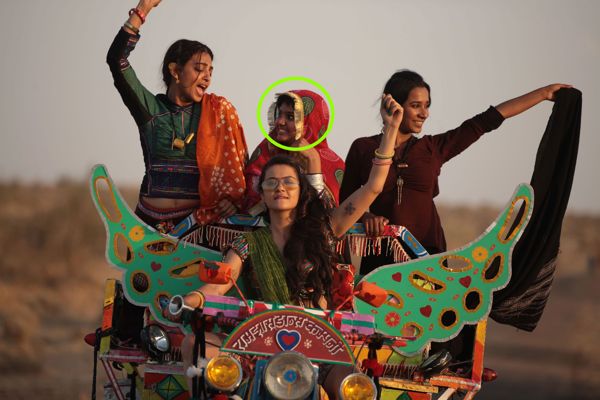 Financial Independence is not enough

Financial independence of a woman is never enough for her to earn respect and dignity in the eyes of the society. 5 of the 6 women of the 2 movies – Pink and Parched were financially independent. However that was not enough for them to gain respect or be independent in their lives.

Interestingly, pimps are never looked down upon the same way as prostitutes are. Pimps are not considered to be a black spot on the society, but sluts are. Bijli in the movie Parched was outcast from the village and shamed when she went to congratulate her best friend Rani for Gulab’s marriage. But Bijli’s friend/pimp was never shown suffering from similar situations.

It took no time for Falak’s office to fire her basis some morphed photographs of hers in the movie Pink. However we have hardly ever heard or seen men losing their jobs for going to brothels in real life! Remember the scene in Parched where the woman did not want to go back to her in laws place because she was sexually assaulted by her brother in law and father in law? Well even in that scene, the men were not shamed at; but the woman was; for not wanting to go back! Aghasted! 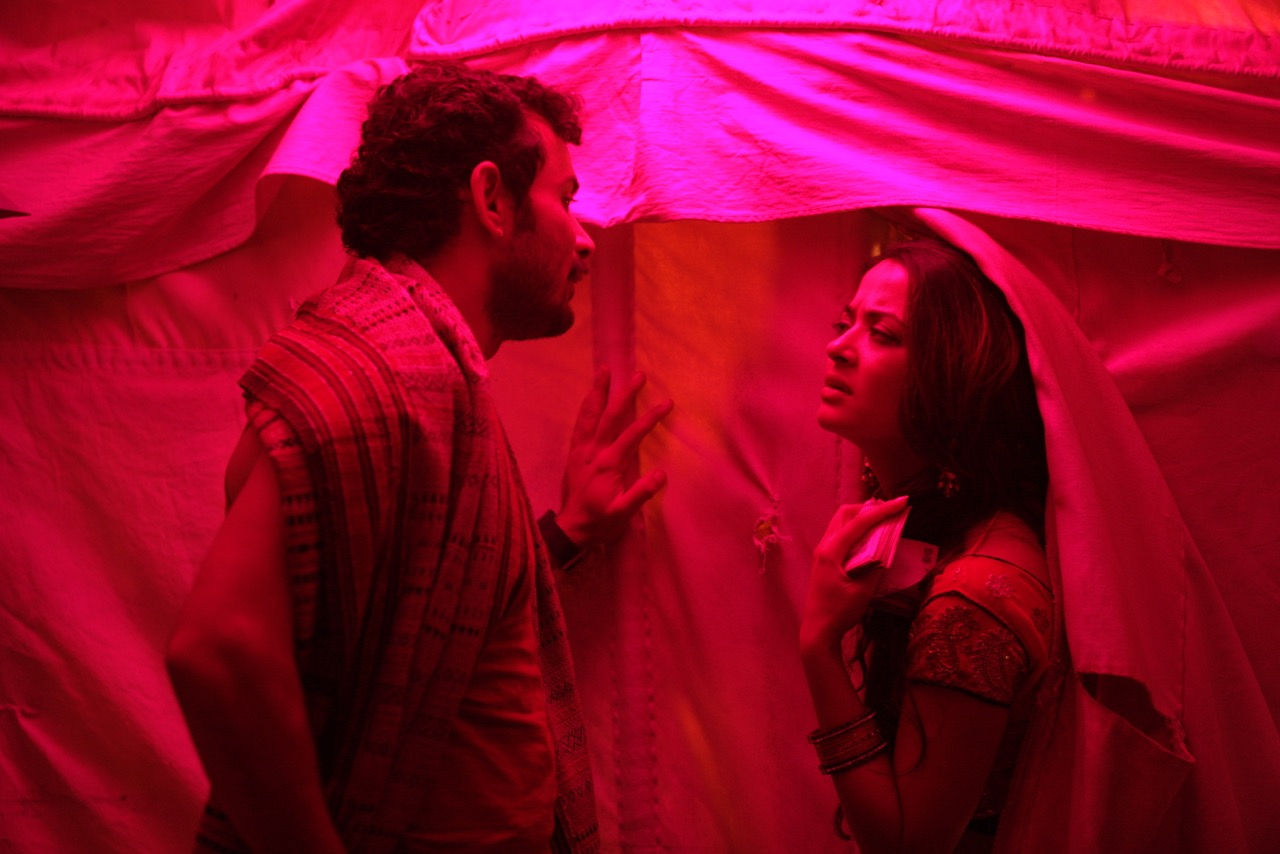 Bijli with her pimp/friend in the movie “Parched”

The most famous dialogue of the movie Pink is “No is a statement in itself. It needs no explanation or justification”. But some men who are eunuchs actually do not understand a no; they see it as a threat to their masculinity! 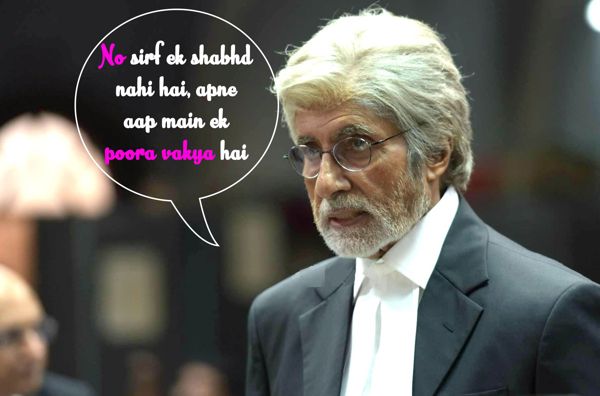 Nation is filled with filthy and horrible people like Mulayam Singh Yadav and more who make horrible statements like: rapes are a “mistakes of youth” or that it is a right of men after marriage! Same is the reason Radhika Apte’s rapes and assaults in her marriage did not take the audience or the movie characters by surprise. We all knew it happens. We were absolutely unmoved and okay to see it happening on screen in front of us! The movie throws light on how cold and dead we have become to such incidents.

What can we say when the Indian courts itself do not consider NO as an answer by married women who wish to resist sex. 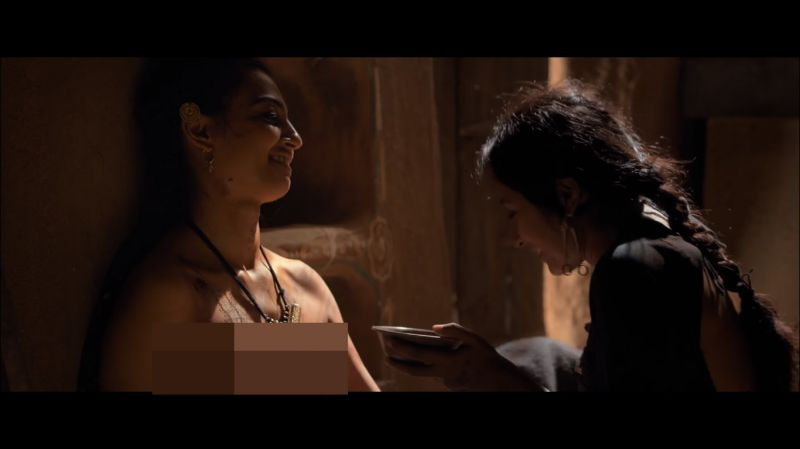 50% of women’s suffering is because of other women

In both the movies – Pink and Parched, we have seen that while men surely pulled down women’s self-esteem but in doing so, women were equally responsible. Be it the police officer in Pink who backdated the FIR and gave a wrong testimony in the court or be it Rani of Parched who initially encouraged and covered up for the behaviour of her son Gulab towards his wife! Rani’s bed ridden mother in law also in her yesteryears supported her son to assault Rani on different instances.

There are many more references which we can allude to. But crux of the matter is that no matter which set up a woman is in, in our country today, the crime on her has not changed much. What has changed is now some pockets of the society have begun to raise a voice. This war of inequality is long and tedious. It will not reap results until all come together and bring a paradigm shift in the mindsets of the people.

Education can help but education alone cannot help. What will help is probably realizing that no man is a gift of God to this world to feel superior – physically/mentally as compared to the women around them.