There are many contemporary Indian writers who are a joy to read. They write much better than the ‘best-selling youth writers’ that our country is sad spectacle to. One such book is Cutting For Stone, by Abraham Verghese. The book is about a lot of things: the world of medicine, the story of twins intertwined through life, politics and morality. “What treatment is given through the ear during an emergency – Words of comfort.” 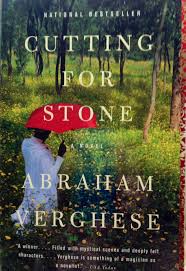 The above are lines from the book that capture the essence of a book. It is about the kind of medicine, the helpful profession where helping the patient is paramount. It is very different from the money-minting egoists we meet these days who have the term ‘Dr.’ prefixed on their name.

Why is the book a joy read?

The book is narrated from the point of view of Marion, one of the two twins. The other is called Shiva. They were born of an illicit union between a nun and a surgeon, and how the two met and how the nun came to Ethiopia is in itself quite interesting.

The surgeon works at Missing Hospital in Ethiopia and is somewhat of a legend is surgery. He works alongside Hema and Ghosh who also play an important part in the plot of the book. Marion is a lot like most people, comparing himself to others and yearning for the love and trust of his parents. Shiva on the other hand, is slightly odd. But also a genius in what he does. However, he simply does not care too much about social approval. Their playmate Genet also plays an important role in how the story unfolds. 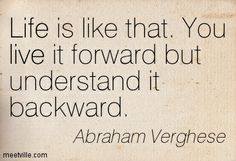 Marion’s life and career are traced – growing up in a hospital environment with his polar opposite twin – the good memories, turmoil in Ethiopia, connections with politics and how this has both good and bad effects to the family – to the point where he has to flee to study in the States. Life comes full circle when he finds his missing father, as well as the love of his life – but this coming together means the loss of someone else who is truly dear to him – but he hasn’t entirely forgiven that person for what they did.

Abraham Verghese makes it interesting as you proceed

The climax when all this unfolds is pretty thrilling. The narration of it keeps one flipping pages. The narration of the entire novel is actually quite appealing. One can also feel the jealousy, rage and exhaustion of Marion as he feels it. Marion is the kind of person who goes and thinks about people, and those thoughts are outlined very well, as and when they happen.

In all, it’s a long detailed novel spanning years, and it is about a lot of things at once. But this is exactly what makes it a good read: you get an authentic peak into a very engaging, deep and interesting story. Sometimes it’s hard to believe that it’s entirely fictional. Abraham Verghese has one more time managed to impress me. 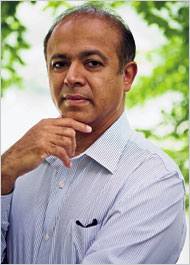