Warning: This is not to be watched by the faint-hearted. This is not the usual and-they-all-lived-happily-ever-after superhero adaptation. Jessica Jones makes The Dark Knight Rises look like a bit of a fairytale. 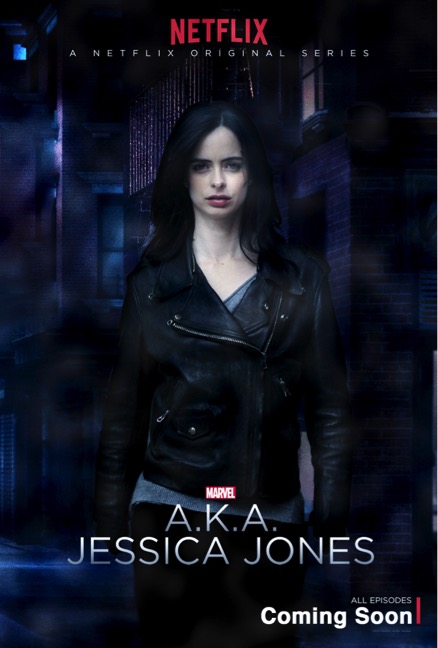 Jessica Jones was a superhero. At least, she tried. She has super strength. But that didn’t work out so well, because she ran into Kilgrave, who has the power of mind control. She was controlled by him, did terrible things, had terrible things done to her, for far too long. When finally she managed to escape, she was in bad shape. Physically, she was fine. Mentally, she was fragile.

So now she is a hard-drinking, hard-headed private investigator who is just trying to make a living. She spends most of her time taking pictures of cheating spouses, and the rest of it getting yelled at, or threatened, by the other spouse who hired her and doesn’t want to hear the truth.

It’s not a great life, but it’s her life, and she just wants to be left alone to live it. She doesn’t hide the fact that she has ‘gifts’, but neither does she advertise it. Breaking and entering to find proof is possibly her best skill. Being able to jump to pretty impressive heights helps, too.

All of that changes when she gets a case – find a missing young woman. But she realizes, soon enough, that the young woman was taken by Kilgrave. But his real target, as always, is Jessica Jones. The series explores just how difficult it is, even if you have super strength, to go up against somebody who can control people simply by telling them what to do. You never know who has been told to kill you. You never know who might come for the people you love. Of course, it helps that there are so few people you love.

Jessica uses her powers, of course. But a lot of how she goes after Kilgrave is just her own intelligence, canniness, and bravery. She doesn’t think of herself as a hero or as someone brave. She just does what she has to do. Jessica also has a strong belief in the system, despite being a bit of an anti-hero. That’s the biggest development you see – when the system fails, that part of Jessica dies. You can see it happening through some wonderful scripting and direction.

Marvel series usually have excellent cinematography. Jessica Jones follows those lofty standards. This series also sets up another series scheduled to be released in 2016 – Luke Cage, the man with super strength and unbreakable skin.

David Tennant’s performance as Kilgrave is compelling. He makes you like him, and almost dislike Jessica, at a point in the series, and that is a real testament to the actor’s skill. Kilgrave is set up to be despised from the very first moment in the series.

It also deals with some very real issues, like abuse, PTSD, assault and sexual abuse. It’s not easy to watch this series. Since binge-watching is what this setup of having all 13 episodes at once is all about, be prepared to have a few disturbing dreams, and a generally unsettled few days, because it can overload the senses a bit. You’ll see that Rosario Dawson has done a wonderful job in her guest appearance, too. 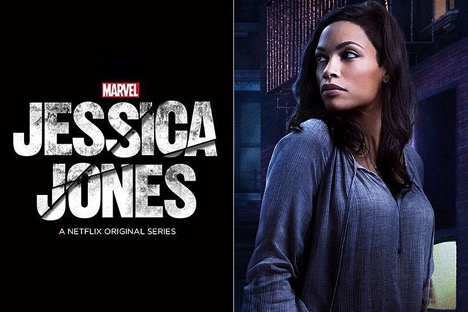 The most unexpected joy of the series is the scripting. Jessica has a couple of really cute lines – like one where she’s given anti-psychosis drugs by a doctor, and Jessica keeps them, ‘just in case’, instead of telling the doctor to go to hell. There’s dry wit there, and it makes you like Jessica, instead of just rooting for her to do her job.

The relationship between Jessica’s best friend (and adoptive sister) Trish, and her boyfriend, Simpson, is also a high point. He’s a take on the typical Hollywood hero – ex-special ops, handsome, conventionally brave, and a complete chauvinist of all kinds. If you find those heroes irritating, you will especially enjoy how Simpson develops.