Richa Nigam: Ruling The Ad World With Her Husky Voice

“Daag acche hain” is an iconic line that has stayed in our hearts since the day the Surf Excel ad came out. Over the years, this particular voice has created a place for itself in all our hearts. We don’t even realize that the same voice that evoked childhood memories in The Paper Boat ad was the same voice that rewarded the kid with a pizza in the Domino’s ad. She has made us realize that not every voice has to be smooth like honey. Husky voices too have a place in the world of entertainment. For everyone out there who constantly thinks about their imperfections, Richa Nigam is a shining example of how to turn your insecurities into your biggest strengths.

So who is the face behind this captivating voice?

Born into a musically inclined family, one would think that Richa Nigam would follow the same path. Most members of her family are trained in classical music. Richa, as a child, wanted to train in classical music as well. But her unusual voice prompted her singing teacher to advise her to take a medical test. This put her off learning music and she decided that it was perfectly ok to not pursue classical music. With the unique quality of her voice, she would always end up playing the male parts in her all-girls school plays. But she wasn’t complaining!

As fate would have it, she ended up becoming a voiceover artist with a bag full of successful branded commercials. Wonder what her music teacher has to say about that. 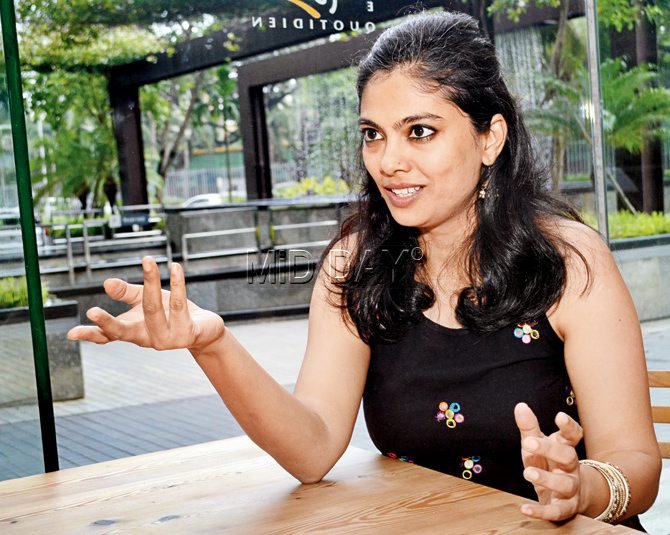 The Overflowing Portfolio Of Richa Nigam

Getting into the league of India’s top 5 voice-over artists is no easy feat. Richa Nigam is someone who likes being behind the camera and detests being in front of it. Perhaps that is why she chose to work as an assistant director. She even assisted Shimit Amin on Chak De India! From an AD to a copywriter, her journey has been quite unexpected. She had never imagined that out of all the voices in the nation, it would be her voice that would make headway with the audience.

Nigam has done commercials for Surf Excel, Paper Boat, Tata Sky, Dominos, Amway, Pillsbury, Brookebond, Coca-Cola, and ING Vysya. The Paper Boat commercial was her breakthrough moment. Her voice took us back to our childhood and each one of us was washed with a wave of nostalgia. It is her grainy voice that we all identify with so closely.

Richa Nigam was awarded the best dubbing artist in 2015. The award recognized her contribution of ten years to the industry. Her work graph was never straightforward. There was no progression of one thing after the other. Her first voiceover commercial just happened during the shooting of Chak De India. Since then, she has continued working in commercials while also working as a copywriter.

While balancing different aspects of her career, she is also a mother to two kids. Her parenting style is quite strict. But her kids are allowed to yell in excitement when her commercials are shown on TV.

It is extremely refreshing to see someone who doesn’t fit a certain mould be so successful in a career she didn’t even choose! She chose to not go down the musical path taken by her entire family and yet her voice is famous throughout India for voicing some of our absolute favorite commercials. Destiny indeed works in strange ways.