India has a lineage of successful women to be proud of and when we caught up with one such alpha woman; we were awestruck! Tanvi Shah is India’s only woman till date to have won the prestigious Grammy Award. This multi-talented singer sings in Spanish, Arabic, Portuguese and other Latin languages too apart from English and Hindi. It was in 2010 when Tanvi Shah won a Grammy Award for the Best Song Written for Motion Picture or other Visual Media of the revered song “Jai Ho” from Slumdog Millionaire.

Tanvi Shah shares her award with maestro A.R. Rahman and lyricist Gulzar. She also shared the World Soundtrack Award (2009) with Rahman and Gulzar besides receiving the BMI Award in 2009 in London for the same.

We got an opportunity to catch up with this beautiful singer and here’s the conversation: 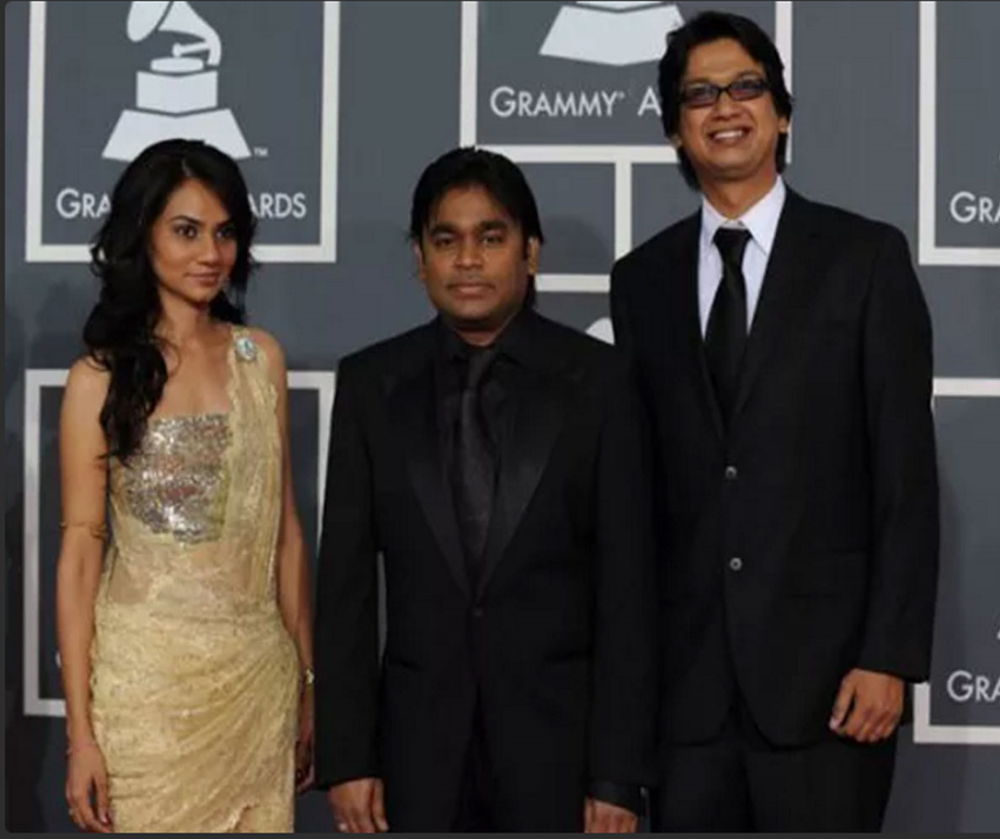 Q. From family of Gemologists, why music? Was there family resistance? How did it begin?

Music was always a part of me, for me music is God, my religion, my divinity. That was how I connected with the higher self and drifted into a different world. I always say, I have been blessed as I have both music and design in my blood. Though, it was never in my plan of action to become a musician or a singer as I was always supposed to be a designer/artist. Somehow, music was thrown at me and I took it up seriously. I never knew I could sing professionally or that I had a voice, it all started with ARR’s recording on the 13th of May 2003 with ‘Fanaa’ from the movie YUVA.

Q. How was life before and after ‘Fanaa’? Was there a paradigm shift?

Life before that was of a designer and girl from business family. I was in the US completely into Art and Design just before I was discovered. Never expected such a big shift but when I look back I am happy everything fell into place and was meant to be.

Q. You have worked with A R Rahman, Yuvan Shankar Raja, and Amit Trivedi? How was it working with them? What was your learning?

I can’t really define in words what I learnt from each one of them but all I can say is, each of them are geniuses in their own way and yes I have learnt so much about music from each one of them. Each has their own temperaments and visions and they know how to get work out of an artist. Therefore I would say it’s been phenomenal! The things I figured out about my own voice and about what I can do with my voice and then blending it with their ideas.

One common factor with all three of them I would say is the fact that they give you a free hand to try stuff and do not discourage the artist. At the end they keep what they want eventually which I think is a brilliant idea.

Q. How often do you practice singing? Do you constantly work on your voice modulation?

Singing keeps happening all the time… I mean even while talking to you, I have a tune going on in my head. Yes, I listen to a lot of music so I have to be able to try different tones, which some people disagree, but I do believe that I am just molding my voice in different ways, it’s like going to the gym, unless you work out, how will you get toned?  No pain No gain 🙂

Q. Do you have a band? Tell us more about your band members?

Yes, I do have a band called ‘Tansha’. We are a world music band. I am very lucky to have such great musicians in the band and I feel much honored to be standing on the same stage as these artists as they are BRILLIANT.

Q. Can you tell us more about the other members of the band?

Jeoraj Stanley George is the drummer. He is trained at Drumtech a college for drummers in UK and graduated bagging the top student award from his batch. Jeoraj has also performed for various commercial film music projects by A.R.Rahman, Harris Jeyaraj, Karthik Raja, and Yuvan Shankar Raja in India and abroad.

Santosh Chandran is one of the very few flamenco guitarists in the country. His versatility on the instrument has won him several accolades. He plays a unique genre of Flamenco, Rock, Jazz, Blues and western classical music.

Shyam Benjamin stepped into the world of music as a child with a notion to play the keyboard. Having learnt the basics, he ventured into various kinds of music viz. Carnatic, Jazz, Pop, Funk, Fusion, World Music etc.

Oh hahaha…. that was a song for ARR. He has always thrown challenges at me and always wants me to think out of the box so when he made this statement… I was really taken aback but eventually the song was a hit so I can’t complain about it, Can I?  🙂

Q. Your first thoughts or reactions when you won Grammy along with A R Rahman and Gulzar in 52nd Grammy award for “Jai Ho”.

It was all a dream. I had to pinch myself, like what is going on! Now coming to think of it, everything happened so soon that it took a lot of time for me to let it sink in. Of course I was ecstatic but the first thing was; OMG, I’m representing my country! I have to call my folks and my teacher etc…. scary and happy at the same time as this was the world stage. The thought still gives me Goosebumps.

Q. How different is music scene in India and abroad? What is the striking difference?

There is a major difference. Things work differently in India and here it’s very businesslike. Punctuality and Discipline are very important here and there’s no time for excuses. It’s either a yes or a no, no beating around the bush, highly competitive. It’s that simple. 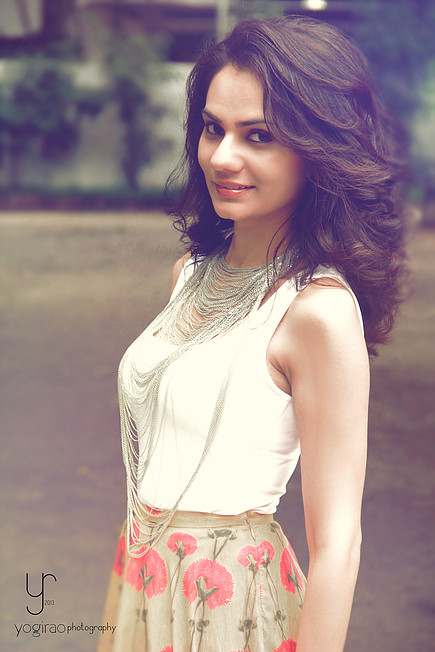 I have no idea why I picked it up! I don’t speak half the languages but I sure do sing in them. Guess you could call it some past life connect haha… but jokes apart I think I have an affinity for languages and accents otherwise I would not be singing on stage or even giving it a shot. I believe music is universal so why not? At the end of the day, its music and it makes me happy!

Q. What instruments inspires you? And why? Do you play any instruments?

Nope … I don’t play any instrument… Wish I knew how to play the guitar… there’s something very ethereal about it.

Q. What’s the weirdest thing that’s ever happened to you while working on a song?

Hmmmm….. Can’t call it weird but yeah I have gone into the studio right from the hospital with the butterfly still in my hand.

Q. Have you had any crazy fan encounters?

I wouldn’t say crazy … but a fan of mine wanted to buy me a car!!

Q. Is it difficult for Indian artist at International forums?

It’s difficult everywhere. Nothing comes easy. You have to work hard and that’s the only key. But I have to say when I walked the Latin Grammy carpet, it was a bit over whelming because people welcomed me with open arms and were very supportive!

Q. Which is your favorite song to belt out at the bar/in the car/ for karaoke?

As of now it’s Valerie by Amy Winehouse and Shape of you by Ed Sheeran.

Q. Your experience at the Grammy’s this year?

It was amazing. And to be working with people like Sophia Banks who is one of the best stylists around, nick Alexander, Adrianne Papell, Steph Audino, oh my god … just amazing! I was added to the list of best dressed. 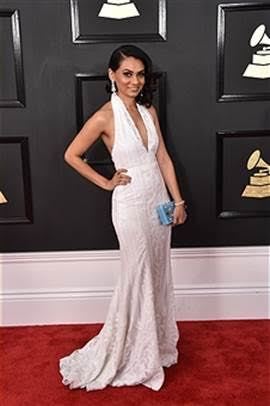 It’s a very important aspect these days. I mean if you don’t take care of yourself first how will you even survive. But my main focus was on autism and how music helps. I had done a random cover of a lullaby which helped an autistic kid actually calm down and sleep well which he had not been doing for years! For me, I think that was an award by itself as I could – through music – calm the person down and for someone who has autism… that’s not easy at all. I do hope to help more hospitals etc. in the near future.

Q. Your stint as a Jewellery designer? What drives you to design?

I still do that at times with select clientele. Design is a part of me as I said before when I am singing or creating a tune I can always doodle and when I am designing I have a tune in my head which goes hand in hand.  And since it’s a family business for the last century, I try to create new stuff and work with the clients from scratch.

Q. You are a Fitness freak, a surfer, a yoga enthusiast, how do you handle your time and energy?

You know they say where there’s a will there’s a way. I have to tell my body what to do hahaha….. I don’t do all of the above in one day but I pan it out. but I never stop doing my yoga and breathing as I feel that’s the most important thing I need to do. Keeps me grounded and focused and also … I have one life…. I don’t know what is going to happen to me in the next minute so it’s better to live life to the fullest yea??? 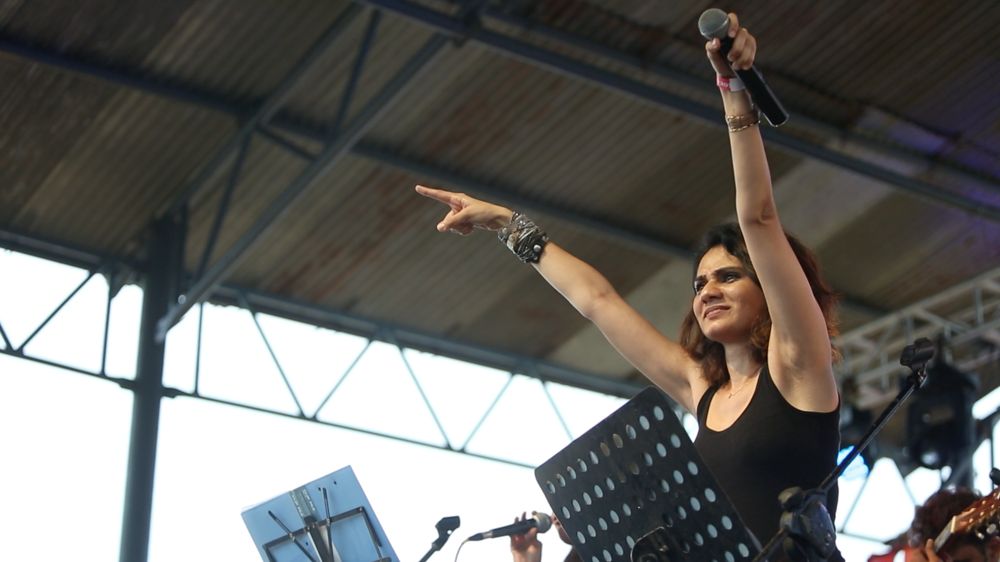 Q. What’s your motto in life? Any suggestions to upcoming musicians?