True Story Of Manjit Rai Thapar – Bus No. CTU 23A

After three long and tiring hours of journey, finally I stepped out in Sector 43. Humidity had pissed me off. I was all drenched in sweat, sitting beside window. Slowly passengers filled in and occupied every breathing space left in the CTU conducted by the hero of this article – Manjit Rai Thapar. I was surrounded by Chandigarh crowd, students mostly. There were nurses, who themselves were in dire need of hospice care after toiling around patients. Ladies flaunting their new hair colour and their kids filling the only left gaps in the bus.

Finally the bus started to move. Alas! Nothing on this earth comes easily to me. Not even a sigh of relief. A man in brown safari suit came running towards our bus with a black handbag. He waived the driver to stop and there we were falling on each other. The automatic doors opened again bringing in fresh air and bunch of old people. He made them comfortably seated; of course by asking men to leave their seats. Poor men folks! He gave his own very seat to a girl in uniform carrying bag double her own weight. Manjit Rai Thapar urged men in the bus to co- operate with ladies and senior citizens. He struggled himself to reach every passenger and finally came to me. 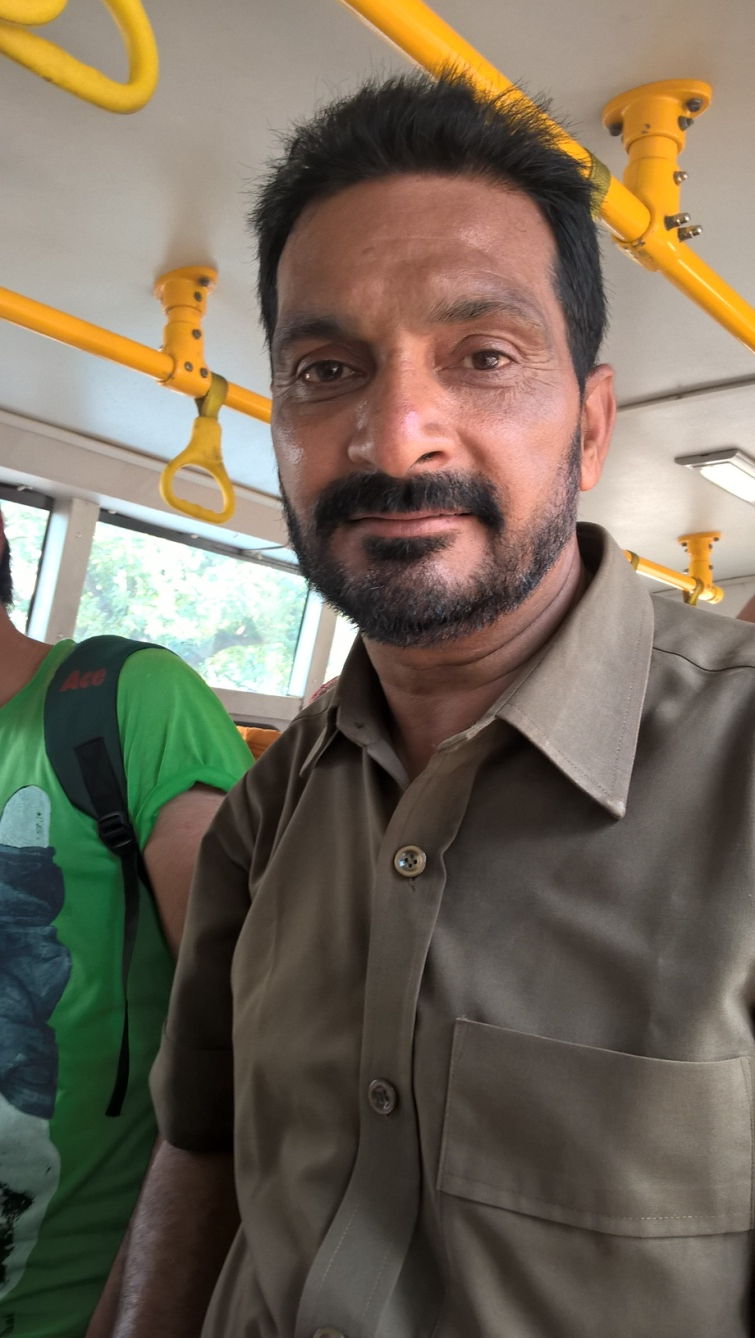 I paid the fare and he moved ahead. I could see him wiping his forehead, handsomely carrying a smile on his face, inquiring health of almost every senior citizen. He even exempted fare of few of them on knowing their critical financial situation and paid on their behalf from his own pocket. His laughter and big heart pulled everyone’s attention. Busy in chit chat, he missed a stop, thus infuriating a passenger. “Sorry, dear. I made a mistake. I missed the previous stop but don’t worry. I’ll get you board another bus myself. Forgive me and please don’t be angry”, he apologized.

Slowly, bus unloaded. A girl sitting with me got down and he being the only one standing by then, sat with me and stretched his legs. He was extrovert enough to open a conversation with any stranger; even if that stranger’s face was fully covered like some militant. I asked about him and his reply was instant.

“Uncle, your rectitude has drawn everyone towards you, even me. Don’t you feel bad when passengers don’t reciprocate to you in the same manner?” I inquired.

“No matter how good I’m to them. They will still find flaw in my work and respond rudely. But that must not stop you from being who you are.” He quipped.

“But you are exempting fees of passengers. Are you not scared that someone might sue you?”

“Who says they’re exempted? They did pay. The only difference is money went from my pocket. I’m blessed with everything. I’m a strong believer of Karma. Some day in time of need, someone might help me”, he beamed with optimism.

“It makes no sense.”

I reached my stop, he waived me good bye. I couldn’t figure out whether he was real or ethereal. The very existence of humanity is based on these kind souls. I got down the bus with full of hope, optimism and joy. Positivity is viral. And thanks to Manjit Rai Thapar, I’ve got the virus.

Impact Of Positive Incidents On Our Daily Lives

Impact Of Positive Incidents On Our Daily Lives