All You Want To Know About Club 27

Club 27 or Forever 27 denotes the collective of musicians who died on or before attaining the age of 27. These are some famous musicians who are part of this club.

The famous line by Neil Young “It’s better to burn out than fade away” would find itself in Nirvana lead Kurt Cobain’s suicide note. Known for taking off grunge music and pushing Micheal Jackson off the no.1 slot on Billboard music charts, Nirvana was a band to recon with. It is characterised by songs like Smells Like Teen Spirit, but Kurt Cobain was also known to produce mellow hits like ‘Where did you sleep last night’ and ‘The man who sold the world’. 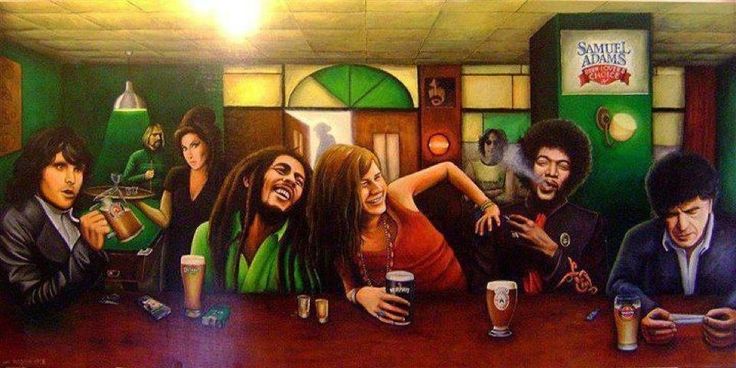 His outfit, his left-handed guitar and his music, all stood out. With the ‘Jimi Hendrix’ experience, he revolutionised rock music. He also headlined the biggest music festival of the day then, called Woodstock. He was found dead one year later, overdosing and having choked on his own vomit (asphyxiation).

Amy Winehouse’s death is the most tragic irony. After having sung ‘They tried to take me to rehab, but I said no,no,no” – she checked into a rehab in 2011. She took a Europe Tour after that. At her music concert, she showed up intoxicated and could not remember the lyrics to her song and was booed off the stage. She was found dead in her London flat a few weeks after that. 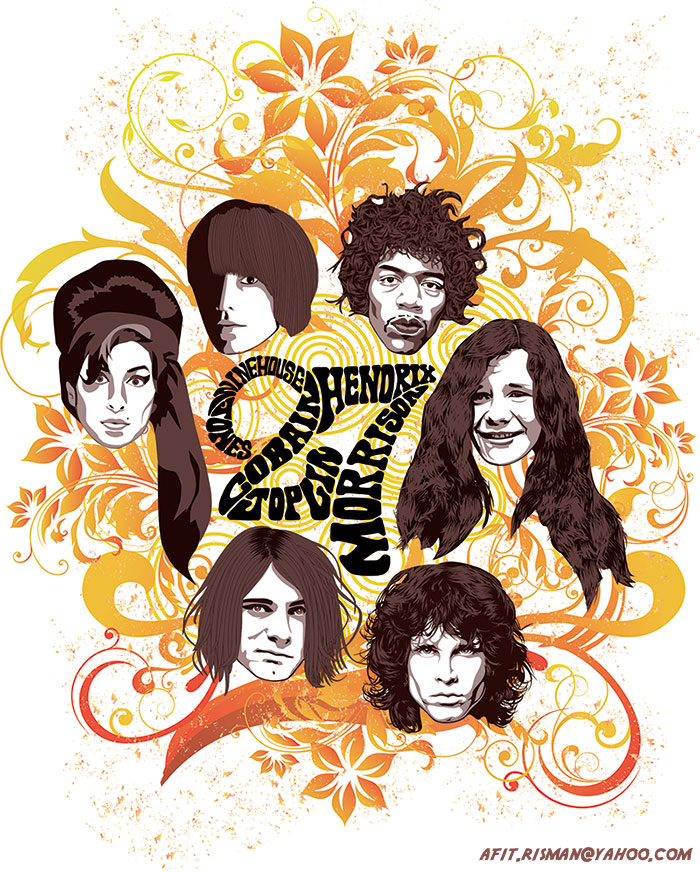 Known for her powerful vocals in a male-dominated era, Janis Joplin also suffered from drug abuse. She performed at Woodstock music festival but highly inebriated. While she did visit Brazil to get off drugs and stay sober, her return to the States was detrimental. She died of an overdose of cocaine.

The founder of Rolling Stones, he was pushed aside by a more original member. Brian Jones  started the band that they would only do R and B covers till Andrew Oldham came along. However, once he did, Jones’ role reduced further and further till he was not a part of the bank anymore. He was found dead in his swimming pool a few days after this incident. He too had joned club 27.

The lead singer of The Doors as well as a writer, poet and film-maker, he was multi-talented. However, once The Doors became a successful Jim Morrison started to lose control. He would be drunk and drugged all the time and show up late for shows. He moved to Paris in 1971 and was found dead in his apartment. The circumstances surround his death are unclear as there was no autopsy done.

Numerology theory says that 27 reduces to 9 which shows a transition, and some people are not able to handle transitions. Astrology suggests that the cycle of Saturn takes 29.4 years and the effects start at 27 years. Things change drastically like old relationship ending and careers changing which may be too much to bear.

All these musicians also have a history of drug abuse and it could be that by age 27, the effects of the drug start catching up. Lastly, according to psychologist Eric Erikson, between 18 and 35 is the psychological stage of intimacy and isolation. In the absence of support and loving relationships, a person may feel too lonely to continue. Therefore, he may be compelled to join club 27.