We at Curious Halt did an extensive search through all sorts of religious and cultural literature over the world. What we were looking for is some sort of religious ritual which men follow for their wives. Something similar on the lines of Karva Chauth and Saat Saumvaar. But guess what we came up with: Zilch. Zero! However, we spoke to some good husbands who care about their wives and would like them to live longer. Here are the rituals which they follow to let her be in peace and thereby have a long healthy and peaceful life:

Men who love their wives show consideration towards them. Most often than not, it shows when they opt to eat food which is her favourite than assuming that she can cook her favourite things and eat on her own. Good husbands realize the big ordeal that cooking is, so they don’t ignore their wives’ choices.

“Good husbands very often suggest to have food of the wife’s choice.”

2. It was not God who put your things back into its place

Another example is, maintaining the order of the house. Be it putting shoes – socks in place, making the bed after getting out of it, drying the wet towel or taking care of the other accessories. Most men feel its “unmanly” to do household chores but good husbands don’t think that way. They don’t consider themselves to be larger than life and thereby take care of their things to not create a mess in the house. This is a small help for the peace and happiness of his wife.

2. Planning an outing to do things which she likes

Each outing does not have to be about going where you like and doing things which you prefer. Good husbands have realised this and therefore they plan such outings which will make their respective wives happy. A happy wife is the key to her long and healthy life.

Most men are so used to seeing food on the table, hot and tasty, that they can hardly be bothered as to how it got there. Instead of cribbing about her long shopping list, good husbands split the task and help in grocery shopping. A healthy practice is to let the husband pick up the dry items like rice, pulses and other packed food since the branded packs do not need quality inspection while the woman can go ahead and pick up the perfect colour, shaped, size, odoured vegetables and fruits. This way the task gets completed fast and no one is hassled.

In a startling survey, we got to know that most men did not know the difference between aata, maida and besan. While many did not even know that aata and maida are two different things.

4. Helping when you have guests

A lot of texts talk about “Atithi Devo Bhaava”. Maybe our texts also need to mention that both husband and wife need to treat the guests as Gods. Good husbands have taken the hint and have started to help. They help in chopping the food if not doing the main cooking. They also help in arranging the table, putting the soiled plates for wash and restoring the house as it was before after the guests leave.

5. Making one meal every alternate day

Men have figured that since most chefs are male and get paid a bomb to cook; kitchen is not such a shameful place after all. They have decided that cooking is going to be a frequent part of their life. Based on the levels of empathy and cooking skills, men cook anywhere from once a week to alternate days. 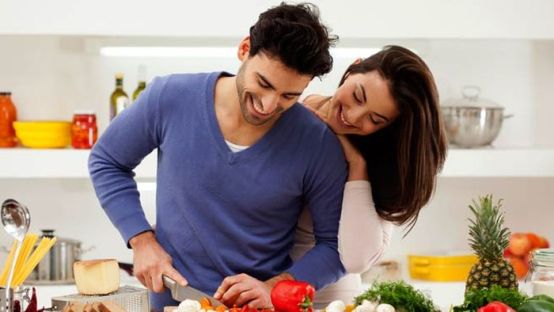 6. Taking the kids off her hands every now and then

Parenting is a tiring job, especially if one parent does 90% of the job. Realising this, men have decided to be more active as parents. They have taken up the responsibility of dropping and picking up children from school, helping them with homework and taking them out for playing, too.

7. Taking care of her health

Women are much more likely to be at a disadvantage of certain health issues. Realising this, men of the world have started some fascinating practices previously never thought of. They not only remind their wives to take their iron and calcium supplements, but also remind them of health checkups. They accompany them there for moral support and to pass time time easily.

While in the name of religion society has betrayed women since ancient times but now a new class of men have risen and decided to stand by their wives. These good husbands are not exceptions, they are the people who will revolutionize the equation between husband and wife for good.