“Jungle is no less than a passion; it’s an addiction. Once you are in it, it becomes quite difficult to ignore its charm and dissociate it,” reckoned Choubeyji. He was the expert naturalist tagged to us at Bandhavgarh. Though he was no fluent in English but he had many fascinating stories to share. Afterall 25 years of experience in the jungle was surely not a joke.

His basics were fool proof and his understanding of nature was exemplary. He knew not only about animals but also about plants and trees in detail. On our nature walk, he handed us over the leaves of saunf tree. The aroma of those leaves refreshed us to the core. He also informed us about the utility of the bark of Arjun tree in curing heart ailments. 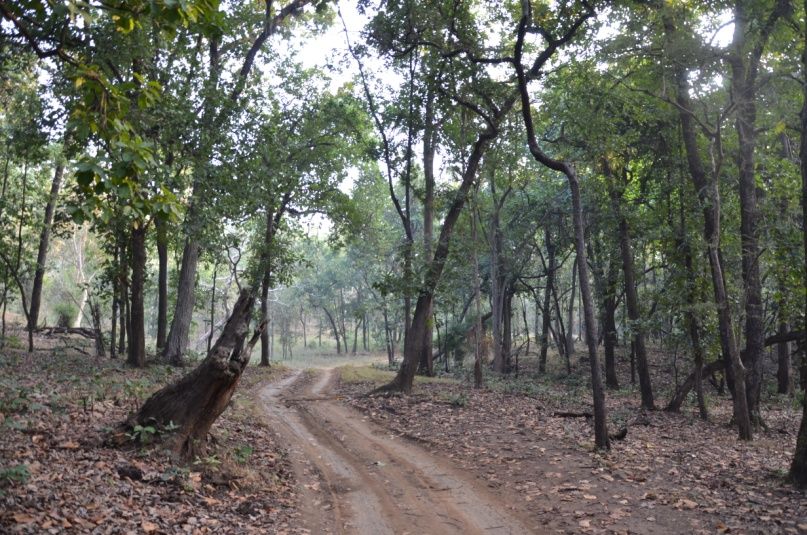 A Regular Day for Choubeyji In Bandhavgarh

Choubeyji has been serving clients every morning and evening in his vehicle. He would take them through the woods, spotting the jungle residents and reciting his exciting tales of encounters with tigers. Sticking to his belief and observation, he would literally race the jeep inside the forest. Though a guide was assigned, Choubeyji loved playing the dual role of a driver and a guide on his own. Ever alert and positive, he deployed smart tactics to trace the big cat. He revealed while practicing them.

How to Spot A Tiger?

Pugmarks provide the primary hint and assist in finding a direction where he or she is heading or must have headed. Alarm signals or calls made by Sambars or Langoors form the most important cue. It is recommended to lend ears for such calls and park the vehicle nearby. Secondary sources are definitely the tips received from the guides in other vehicles who might have sighted something in other parts of the park. The sightings from the prior sessions also form a good following point believing that he or she might be lingering in or around that area. 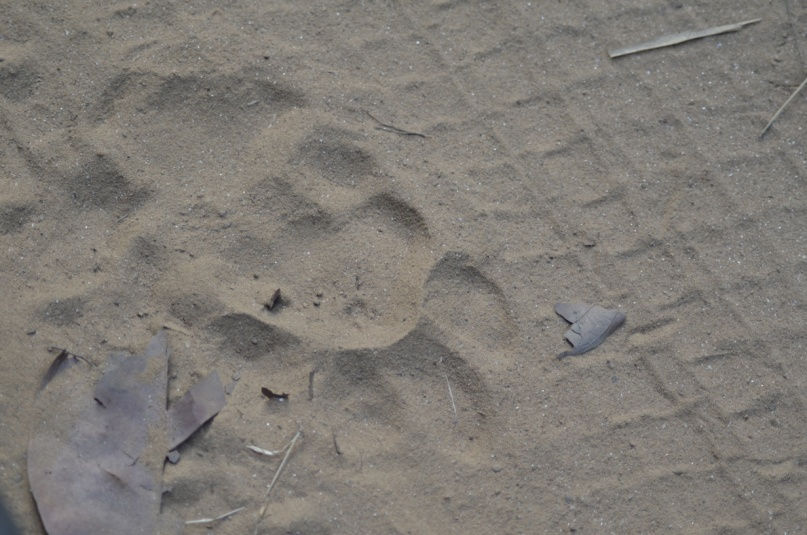 Patience is the key

The key is to find the “moment”, rather the term “movement” as misspelt by Choubeyji. Movements are quite unpredictable and unexpected which is understandable. After all, it’s a matter of pride to spot one of the rapidly receding species within an open space where they can wander anywhere and vanish in no time. It’s no less than a hide and seek game. It’s a lot to do with the timing and our fortune of the day. One might take ten safaris to sight a tiger while another may spot in the first outing itself. Early mornings and/ or late evenings are the best times to trace tigers. Also, compared to winters when the stored rainwater and foliage are abundant, summers provide assured chances of seeing them as they have to appear and stop by the watering holes to quench their thirst.

Did we get lucky?

We had a couple of very close calls at Bandhavgarh and nearly had a lucky sighting. However, the sound of jeep engines and few tweeting visitors spoiled the show. We did trace a horde of spotted deers, Sambars and Barasinghas, a pack of wild boars, lot many parrots, kingfishers, woodpeckers and variegated migratory birds. 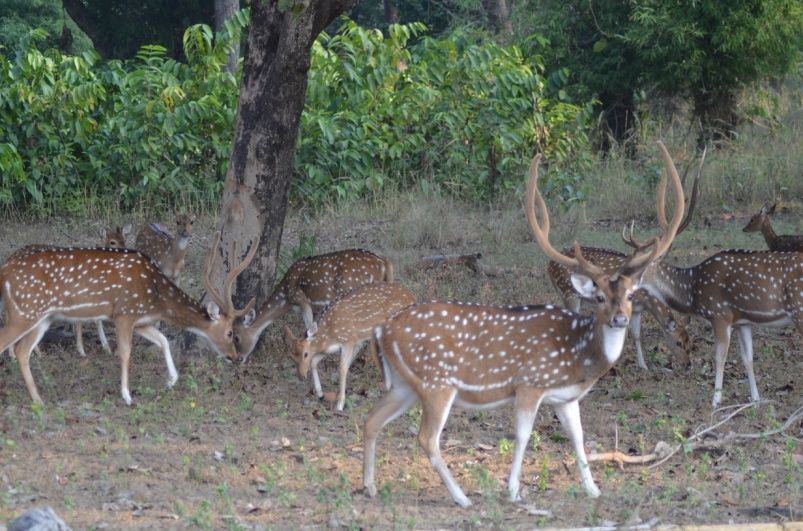 Leaving Bandhavgarh with a heavy heart, we shifted base to Kanha and ventured out in quest of a bright and successful outing. Though Choubeyji was missing, we pinned our hopes on a smart and extrovert guide. The formula for spotting was the same and we applied it to move ahead.

A close call invited us, however it stopped and drowned after a while. Reversing the jeep, about to take the other path, we found a couple of jeeps standing still at a distance signaling us to slow down and stand at ease. Slowly moving towards the gathering, we noticed the striped big cat in the bush. It was Munna, the four-year old male who made his way out to the road. He walked majestically right in the middle of the road, strolled a few meters ahead, stood for some time, turned his head back towards us, took a good look and then descended in the grass field. 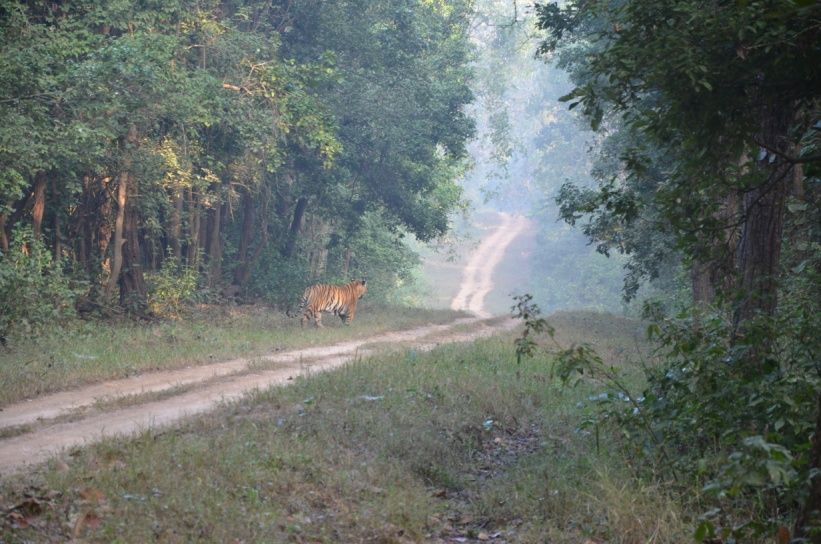 The guide mentioned that the word “CAT” naturally appeared on Munna’s forehead, which was quite exciting to hear though we could not notice it from that distance. It was the “moment” for all of us and those five minutes paid us off. Once Munna disappeared in the greens, he started growling very loudly. We kept listening to those roars unknown of the reason. However, we had all the reason to be cheerful about.

Apart from the tiger, we could find bisons and elephants. Some beautiful birds including peacocks and peahens, parakeets and ducks were also spotted. Few vultures were seen surveying proceedings from treetops. Deers including Sambars were aplenty here. We found a bunch of playful Langoors divided in groups blocking the roads. A shrewd jackal was also seen on the way camouflaging itself from the peacocks and young deers in search of a prey. 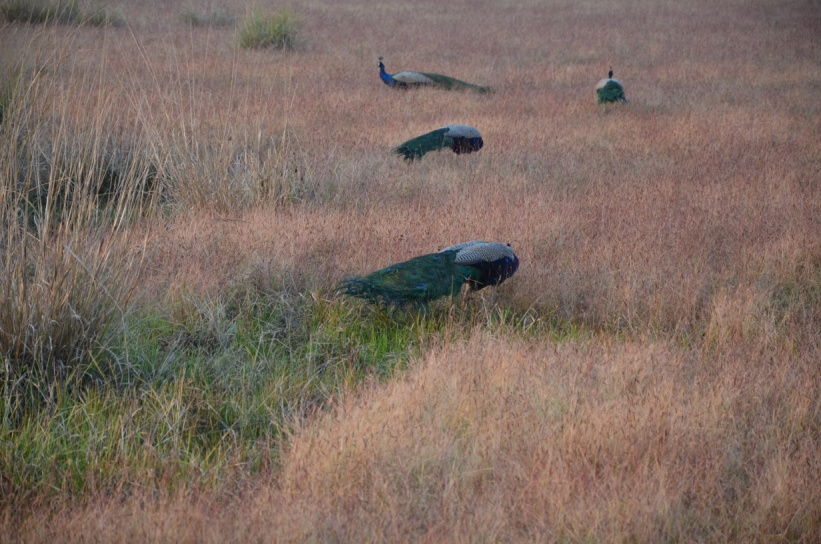 Tamed Animals: Bondage For The Wild

It was time to go to Pench Forest Reserve

Up next, we moved to Pench in anticipation of another successful sighting. We made our way through the woods on a misty morning. Again, there was a Sambar alerting the presence of a tiger. Few Langoors also seemed concerned. On reaching the spot, the calls became frequent and we were absolutely sure of our second tiger spotting. Very soon, there was a big gathering of around ten jeeps. Ultimately, the boss did not show up. However, we could get a sneak peek of a sleek leopard rapidly making its way through the slopes. We had to be content with the loud roaring of the unseen tiger inside the bushes and greens. 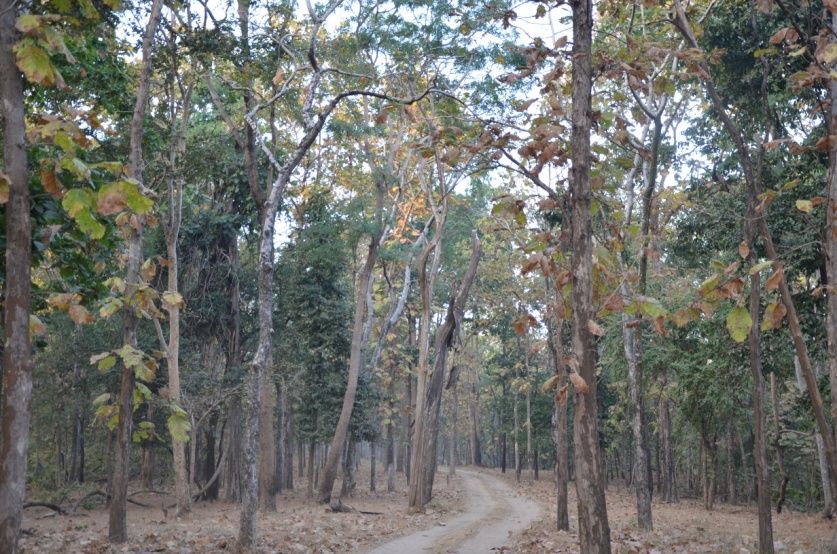 The exit gate of the park had a huge hoarding displaying the big glaring eyes of a tiger with the words, “You may not have seen me, but I have definitely seen you.” A consolation of sorts, these words spoke volumes about the intrusion which humans make in the territory of birds, insects and animals. Getting back to the claustrophobic city life required some sort of adjustment for us. It was pretty difficult to accept the artificial realities, honks and people screams leaving behind the chirping of birds and occasional tiger roars. Bandhavgarh, Kanha and Pench is the best thing for anybody who was to escape routine life.