Blue Dart is a story which makes us believe in the genius spirit of Indian Entrepreneurship. The company had quite a humble beginning with a seed capital of only Rs. 30,000. Its three founders were ambitious young men –  Khushroo Dubash, Clyde Cooper, and Tushar Jani. The year was 1983 and the air of  ”India’s time to shine” was all around and so – these young, enterprising people took a chance. 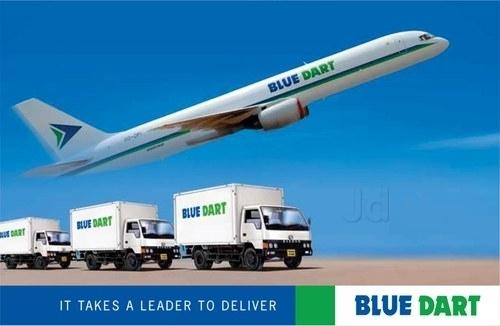 The company was started in a small office at Nariman Point, Mumbai, India. Their dream was to be the biggest name in the domestic air express service space – possibly even in South-east Asia. In 1983 itself the company had tied up with Gelco Express International UK and launched India’s first international air package express service. However, a year later, Gelco Express International was acquired by FedEx. This made Blue Dart a global service participant of FedEx. Blue Dart became first to provide domestic and international on–board couriers. Things were looking exciting.

Fast forward to ten years later – India has just opened up its markets thanks to globalization. Blue Dart takes two big, perhaps risky steps. The first was going public. Blue Dart Express placed an Initial Public Offering with a price of 2.55 million shares. It was at a premium of 14 times, valued at 382.5 million INR. The second was – buying a plane. This was a huge risk because, back then, the company was making an annual profit of three crores. Whereas the first plane that they bought – cost them Rs 30 crores. It was quite a big gamble to take. But it was a gamble that paid off – and we will learn, it was something that would later give direction to the company.

Those days, the air express cargo was entirely carried by commercial airlines and the capacity was limited to the number of flights Indian Airlines operated. No other logistics player owned or operated an aircraft in India then. Their resources were limited, so they banked on their soft skills: Right from the beginning, Blue Dart put customers at the core of the company’s operations. 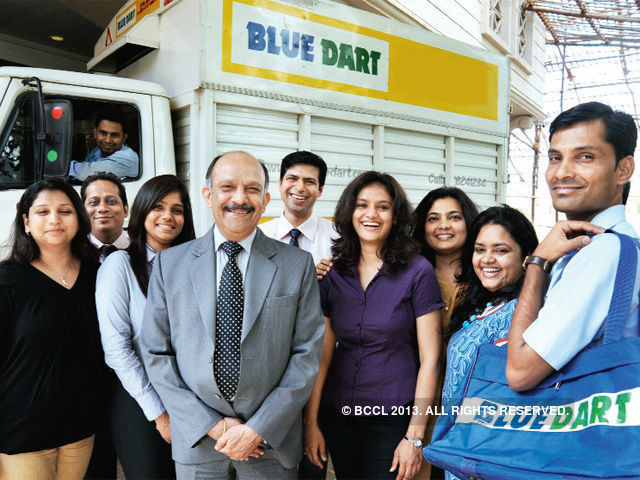 Of course, Blue Dart was quite aware of the power of Fedex. Thus, Blue Dart and FedEx did have an agreement. Something on the lines of, you rule there while I rule here. This move safeguarded both their interests. It was a global service agreement. Under the agreement between Blue Dart and Federal Express, all international shipments of Blue Dart are delivered using the FedEx system. Additionally, Fed Exp’s shipments to India are delivered through the established lines of BlueDart. A win-win situation.

What makes Blue Dart’s founder’s smart is their ability to smoothly adapt to new markets as well as the ability to let go.

Handing it over to DHL

By 2004, Blue Dart had four aircraft and a huge network of locations it was catering to. It had a lot of customer-centric products and was one of the first courier companies in India to have tracking mechanisms. In the same year, the German company DHL showed interest in acquiring Blue Dart. After much thought, the company decided to go for the acquisition. DHL Express acquired 81.03% stake in Blue Dart Express. However the company still operates as an independent brand that provides a range of domestic and international express services.

After the acquisition, important managers and executive officers from DHL would often visit the Indian offices. One such important person was Evan Brewer.

Even Brewer, on a four-day visit to India in end-June, chose not to meet government officials or hold a town hall for employees but visited some of Blue Dart’s key customers, such as Snapdeal, Amazon India, Xiaomi, Apple, Flipkart and the Tata group.
It was in one such customer meeting in 2008-09 that the officers realized that the cash on delivery (CoD) mode of payment was a major pain point for e-commerce players. It was causing losses in crores. 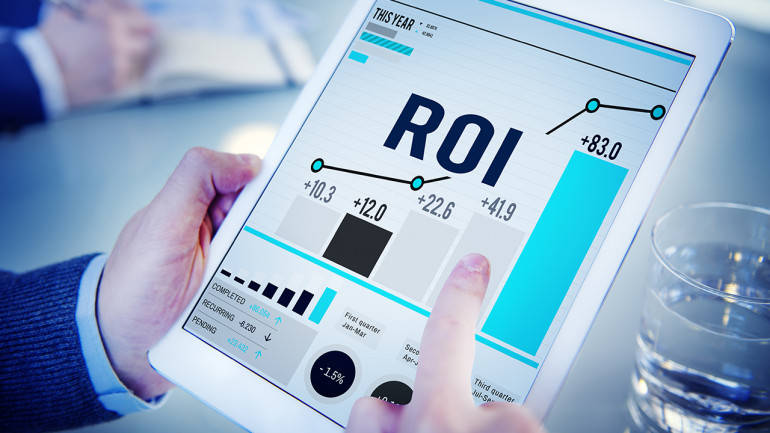 According to experts, CoD would remain a prominent mode of payment for e-commerce transactions and could account for as much as 70 percent of shipments in the future. Blue Dart came up with a product offering that ensured that the CoD money collected (it collects as much as Rs 600 crore a month) is transferred to the e-commerce player the very next day against the industry norm of seven to 14 days. And because of this ingenious solution, Bluedart gets to keep 20 – 30%, much higher than industry standards.

Does Blue Dart need to worry about FedEx?

Guaranteed that Blue Dart is doing great. Also, that the service agreement makes sure that FedEx does not need to intrude in their markets. But companies can step out of agreements. So does Blue Dart need to really worry? It seems not. Industry experts feel that the domestic hold which Blue Dart has is not likely to be gained by FedEx.

Apart from that Blue Dart has tackled the problem of sales tax form for all e-commerce clients whereas FedEx still asks for a number of forms for different states. By circumventing taxes in this way, Bluedart are ruling the indian market.

What makes Blue Dart so successful?

The aircraft are supported by 9,212 ground vehicles operating across 13 domestic hubs serving 34,705 locations (including 21,091 pin codes). A zero debt company, Blue Dart has registered revenues of Rs 2,553 crore in 2015-16 and posted a net profit of Rs 193 crore. Blue Dart is ready to ride the next growth wave.

So what makes them so good at what they do? It seems, the answer is, listening to the customers, time and again has been the key. That’s what they did for the CoD problem.

Customer Feedback is the Key

Even the decision to operate dedicated aircraft stemmed partly from customer feedback. “Commercial airlines gave preference [they still do] to passenger baggage and often offloaded general goods when the cargo hold is full. This meant that we missed delivery schedules,” says Yogesh Dhingra (CFO and COO). “There were also complaints of misrouting, damages and pilferage.”

Blue Dart has also adopted the ‘net promoter approach’. It is a tool to measure customer satisfaction and loyalty—to assess their own performance. Every month, customers are asked two simple questions on various touch points and a score is arrived at. “Our current score of 75 percent is very high among industry standards where even 50 percent is considered excellent,” says Anil Khanna, Managing Director.