Egypt – The Construction Of Pyramid Part 1

On a sunny April night of Egypt, Naunet screamed in labour, which seemed to ring through all of Dahshur. The first baby didn’t create much hassle to come out. But, the next baby took three extra hours to come out. Finally, at 9 pm both the babies lay in the crib, wrapped around in green shawls. The proud parents, Naunet and Sebak named the twins Fadil and Fenuku which means “generous” and “born late” respectively.

I am Fenuku, born to a slave family in Egypt. My father, Sebak became a slave by default as my grandfather, Lisimba was indebted to the pharaoh. Though he was well off, he had borrowed heavily from Sneferu, the pharaoh. He could never pay back the debts and, unfortunately, became a slave.

We constitute to the lowest level of the social pyramid. Though we aren’t persecuted as presumed but we definitely weren’t as happy as the other classes. However, slaves could climb up the rungs of the ladder if they had skills and talents.

From the tender age of 12, I was sent to work. First I worked as a gardener and then after three years I was sent as a servant to work in the palace. That’s where I first saw her, Tahirah. Her eyebrows were like the wisps of the night and her hair was the night itself. Her mischievous eyes always had some story to tell. I had spoken to her just once but often stole glances and she responded with a smile. But, she belonged to the highest class of nobles while I was not fit to call myself a commoner, even.

After six years when I was 21, Pharoah Snefru ordered the building of his second pyramid at Dahshur after the collapse of his first pyramid at Meidum. The builder appointed, Jamila, apparently needed more labourers. I, along with several more young boys was sent to the royal necropolis of Dahshur. 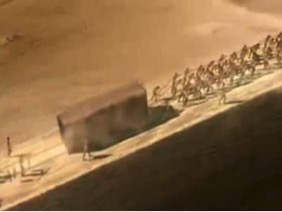 The task of building a pyramid was actually tedious. All the responsibility fell on the visor that first planned out the structure of the pyramid on the papyrus.

How are Pyramids Made in Egypt

The process of building the pyramid started with the building of the chamber in which the Pharoah’s dead body was to be laid. It was built 25 feet under the ground and we had to perform the tiring task of digging the sarcophagus of the pharaoh. Across the underground chamber, we built chambers which would serve as a royal palace for the pharaoh after death. The plan proposed the building of two tombs. I was given the task of building the tomb where the body of the pharaoh would be placed where as some other workers worked on the tomb, where his organs would be kept. While digging the tomb, I hurt my leg with the shovel. Helping me get up was someone who would be my friend for the rest of my life, Anen. 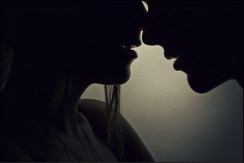 Anen was a noble once, but he fell in love with the Pharoah’s daughter. The pharaoh came to know of this and banished him from the kingdom for 4 years and sold him into slavery later. 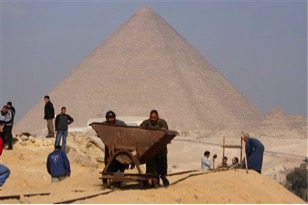