Journey Back To The Seashore – Part 3

The clock chimed again and she could hear the front door opening. He had let himself in, the one aspect of city that she was okay with. It would have killed her to open the door for him as he came home from work, each evening. She mentally did that to another man, repeatedly, a million times in her head and that pleasure was his’ alone.

He peeped in from the curtains and saw her lying sprawled on the bed in the dark. Frowning, he stepped into the room, switched on the lights. She closed her eyes shut, instinctively. She opened them, slowly, to find his face hovering above her, concerned. He took her temperature form the back of his hand. It must have been hot, he frowned harder.

She woke up with a start, apologizing, turning her hair over and over again on the top of her head to make a bun. His hand restrained her. She stared blankly into his face.

“I didn’t know you before I was married to you. I don’t know you now, I have a feeling I won’t know you, no matter what”, He said, staring wildly into her eyes.

“There is nothing to know”, She said and released her arm from his grip, rather harshly. And started walking towards the kitchen.

“You know, you are free to leave whenever you want to. This marriage does not seem to suit you much. You look so different from your pictures. Your people do not have to know the hows and whys of it.  Relationships are ridiculous as is, it won’t matter much if we divorce. Think about it”, he said, as she stopped, her back turned to him, listening.

Slowly, she turned around and walked in hesitant steps towards him.

“Now is a good time”, he said, looking exhausted.

She nodded, packed and was all ready to leave.

“I am sorry; there is nothing to eat at home. There is some leftover curry in the fridge. You can order rotis, can’t you?” she asked, slightly concerned.

He smiled, “ close the door when you leave” he said, and collapsed on the bed.

A train ride later, she was home. She breathed in the salty air, felt the sea breeze ruffle her hair  while passing the seashore, she felt a long forgotten smile playing on her lips. The deafening sound of the sea put to sleep the sickening wrench of her heart and the endless expanse of the seashore was her only refuge. It was home. She was home. 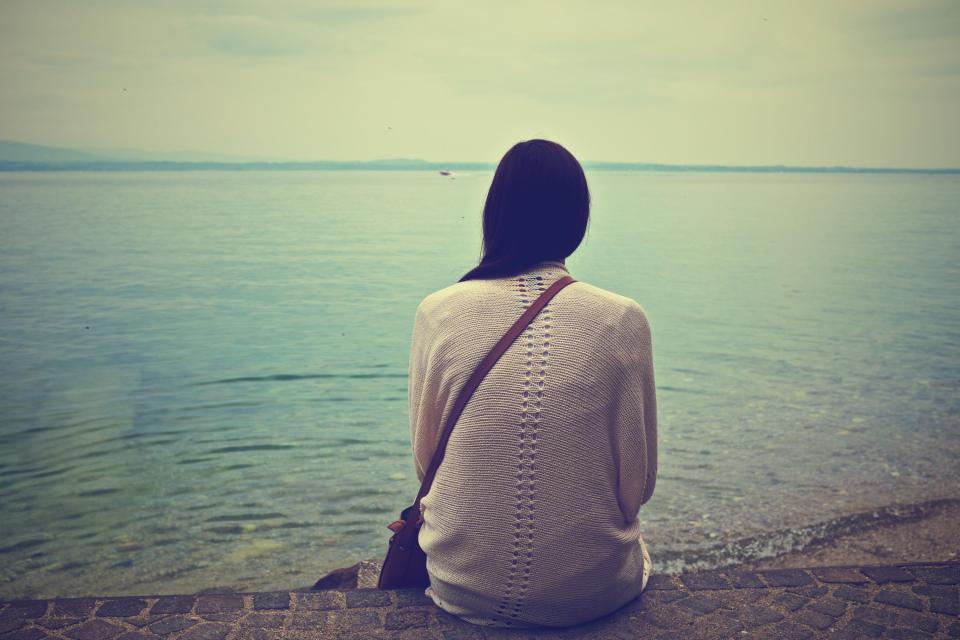