Remembrance By The Seashore – Part 2

Reality away from the seashore

The empty air around her only mocked her in reply. This air was of the cities, it witnessed a million frail people like her being crushed into submission. The order of chaos, had to be followed in the city and the silence of the air, was a testimony to that fact. The silence of the seashore was where she belonged.

She didn’t know for how long she laid there, staring at the ceiling with burning eyes. A loud chime brought her to senses, she knew she had to get up and get started on the potatoes. Her mind urged her on with all its might, but the body refused to move. She was paralyzed and the only indication of life was the steady stream of tears.

She had walked into this place of torture, dressed in finery and was cheered on by a throng of people that loved her to pieces. It made no sense whatsoever. Her mind reeled back into the past.

She thought of his eyes, a thought that made her take deep breaths, rested as she was. Loving, warm and kind, his eyes were. His laugh was always in harmony with the sound of the sea, not the laugh of an outsider, but the laugh of someone whose prayers started and ended with an ode to the ocean. 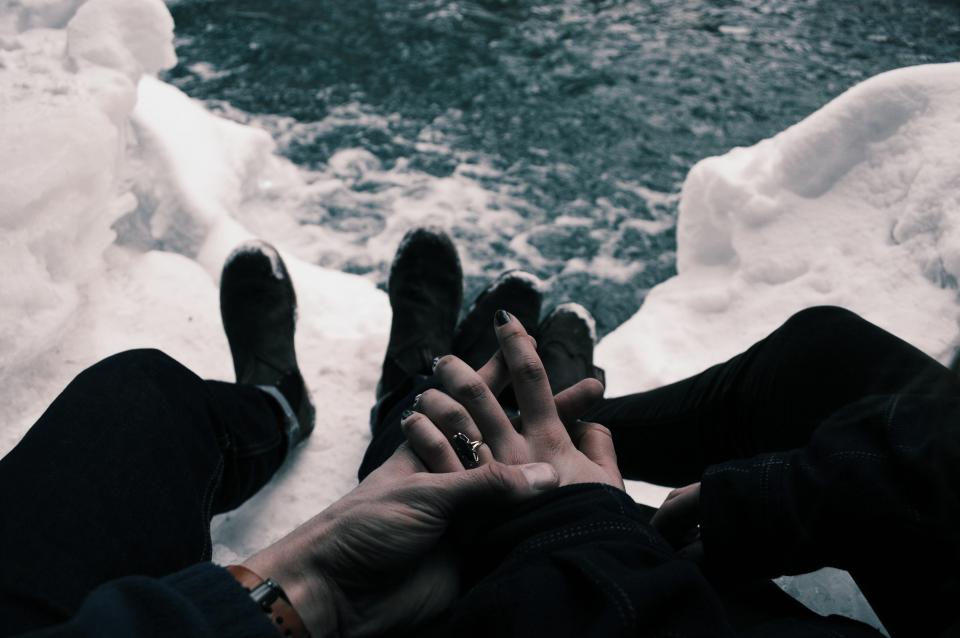 His embrace was honest and as he held her tighter, she could sense longing. His’ was a touch that ran deeper than skin. It imprinted its seal on her heart and how was she ever to be someone else’s?

A shudder ran through her and she wailed loud and clear. The burial, the funeral, the dead lover’s face cradled lovingly in her arms, as arms tugged at her gently from behind, urging her to let go, everything came to her at once. She was married off to this suited man in a hurry, fearing death and destruction and as the new husband entered her for the first time, urgently, she was still in shock, dazed and distant. She hardly felt a thing.

When grief does not leave you…

Two days passed since then and now, lying wide awake, her grief found her and wouldn’t let her go. Details of her lover’s death started playing in front of her eyes. He went out into the sea as he did each day before that day in his life. He just didn’t return like always, this time. He used to return proud, standing tall and beaming with pride at his catch. This time, his body was fished out, like a terrible, helpless thing. She held his bloated corpse in her arms and stared at his face in disbelief. The face she kissed many a night, in the low flames of the candles.