So, where were the Indian cartoon series back then?

Well, producing cartoon shows used to be quite expensive earlier as compared to now. Every single movement and gesture of the character had to be manually drawn on paper and then videographed. Another aspect which adds to why there were very few Indian cartoon series is because of the limited accessibility to television.

TV made an advent into India, much later than western countries. Further, for the longest time, Doordarshan dominated the scene. The channel had to balance the time between news, movies, shows for adults, awareness campaigns and shows for children. Therefore, children got hardly any air time, and later, shows produced outside India were aired, either in English or dubbed into Hindi.

Famous Cartoonists Back Then

Suddhatva Basu was a very famous designer and artist of the 90s. He worked on Ghayab Aya and many other adaptations. He also worked on nature illustrations for Khushwant Singh’s Nature Watch and Ka: The Story of Garuda (2004). Bhimsain Khurana was another important name. He was the main person behind the creation of Ek, Anek Aur Ekta. Mr. Basu worked at the fore of many other projects, for example, the educational video “This is our India”. He is the pioneer of Indian animation.

Some other important names are Ram Mohan, the man behind the Banyan Tree, and he was also one important name in the production of Meena. Another one is Shaila Paralkar, one of the first women animators of India. She has animated over two dozen films and won many national and international awards.

Back in the day, cartoons were produced with actual cameras. Nowadays, its done digitally. There was a specially made camera called the rostrum camera that was used for this purpose. It is a movie camera specially adapted for frame-by-frame shooting animation or stop motion. It consists of a camera body with lens and film magazines, a stand that allows the camera to be raised and lowered, and a table, often with both top and underneath lighting. The artwork to be photographed is placed on this table. As for dubbing artists, it was very common in the initial days, for the cartoonists themselves to often lend the voice or use people from the film industry to do it for them. The more famous names like Vinod Kulkarni and Saumya Daan came in the later days – when dubbing was required for shows like Dexters Laboratory and Powerpuff Girls.

How much did it cost?

As for the cost, figures for earlier days are not available with much clarity. Now-a-days, a 20 minute episode will cost between Rs.50,000 and 1 lakh. Ths would include the artists, the digital work, renting the space, editing and audio work. Earlier, the costs would be of manpower and dubbing and capital costs like camera and art materials.

Things began to change when Doordarshan could no longer take monopoly of the TV shows. With more channels, people spent more time watching TV. This meant that there was a demand for Indian content. Prominent names like Mr. Ram Mohan and others like Mr. E. Suresh, then began working on studios of their own. This brought about a change and soon the quality of content improved. Many more people started working in the animation industry.

However, despite these limitations faced back then, these three shows did make a mark on the children of the 90s:

This is first Indian animation (1974) and is only seven minutes long. The concept was around unity in diversity, an evergreen important message. Much needed now than ever before.

It is India’s first completely independent animation film. Since it released in ten parts or episodes, its considered to be a show. The story revolved around the adventures of Ghayab the friendly always do- gooder ‘Casper type’ naughty ghost. 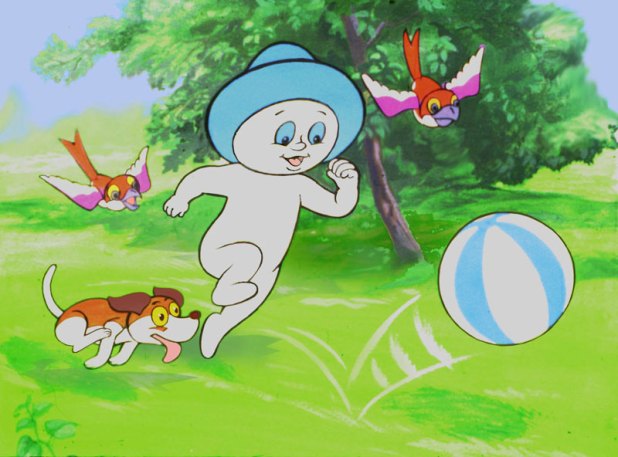 Created by both UNICEF and Toon Bangla, this was a cartoon that tackled a mighty lot of social issues. From education for girls, having equal share of food for women as for men, precautions against HIV AIDS to even the right way to give birth! The main character is Meena, the ancillary characters are her parents, her brother Raju and her pet parrot Mithu. 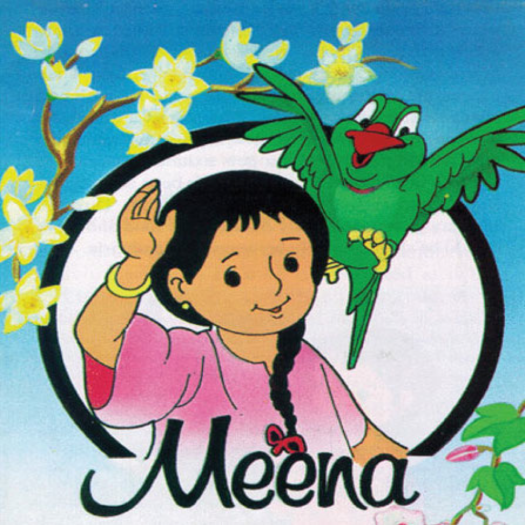 Post 2000, the middle class grew and the Indian child audience became a fairly huge and popular market. Thus, there was definitely more interest in producing Indian cartoon series. One of the first to leave an impression was the Legend of Tenali Raman. Toonz Animation Studios produced it. It aired in June 2003 on Cartoon Network. Many shows of Indian origin and content now do form a part of the prime time. The most famous ones include Chota Bheem, Motu Patlu, Chorr Police, Krishna Balram, Roll no. 21, Kumbh Karan, Howzzat and Mighty Raju.