If you find yourself in want of some food inspiration and you do not know where to look then you must take a look at chef, cookbook writer and all round beauty, Rachel Khoo. Her unconventional methods of cooking have been influenced by her wonderful family heritage, which happens to be a combination of Chinese and Austrian, set in the background of the United Kingdom. This amalgamation of cultures is what makes her food special as she creates British favourites and incorporates Chinese and Austrian flavours. 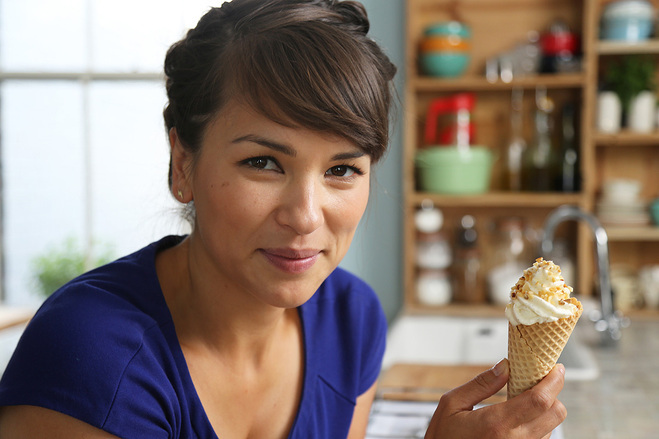 Having graduated from Le Cordon Bleu, Paris, she has since written a number of cookbooks which have been translated into more than five languages. She is also an avid traveller and each time she visits a city, she records her food findings and creations which she later creates into a television series as well as a cookbook!

Personally, she is part of my top five favourite chefs as she is not only a great chef but also a great inspiration.

Here are five easy-to-make recipes by Rachel that will leave you feeling like a Masterchef once you are done!

(This is a great recipe after a night out as it is comforting, easy to prepare as well as it can be made with whatever is in your fridge! Get creative with the recipe and add your own ingredients like leftover chicken or bacon and different veggies!) 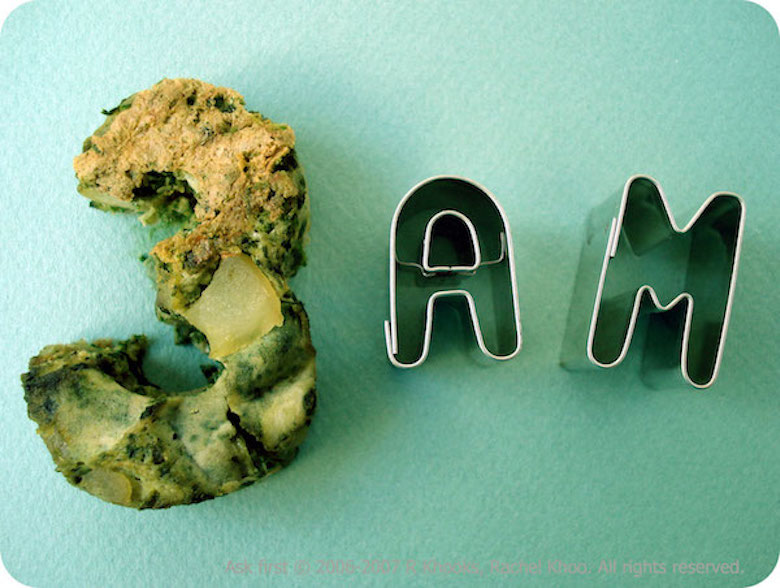 Cook the quinoa as indicated on the packet. Drain and set aside until needed. Soak the red onion in the vinegar. Place the other vegetables on top. Preheat the oven to 160°c.

Clean the pan and heat up with a tablespoon of olive oil. Throw in the quinoa once the pan is hot. Toast the quinoa until golden and crunchy. Toss together the vegetables with the red onion and a drizzle of olive oil. Taste for seasoning. Cut the chicken breast into slices and place on top. Sprinkle with toasted quinoa. 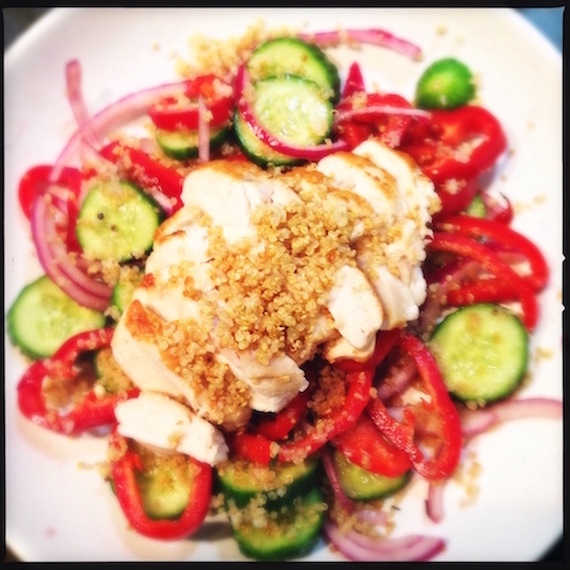 Make the pastry by beating together the butter, sugar, caraway seeds and a pinch of salt until soft and creamy. Mix in the flour followed by the egg yolk and water. Bring together to make a smooth ball, adding a little more water if the pastry is too crumbly. Wrap the dough in cling film and refrigerate for an hour.

Put the butter in a large pan, add the sliced leeks and season with salt. Sweat for 10 minutes on a medium heat. Add the wine, cook for a further 2 minutes and check the seasoning. Leave to cool.

Preheat the oven to 180C/Gas Mark 4 and line a baking tray with parchment paper. Roll out the pastry to 3mm thick and make two circles 13cm in diameter. Place on the baking tray. Add half the leeks to the centre of each pastry circle leaving a 2.5cm border. Sprinkle with cheese. Fold up the edges of the pastry, crimp with your fingers and paint with egg wash. Bake in the oven for 25-30 minutes, or until crisp and light golden. 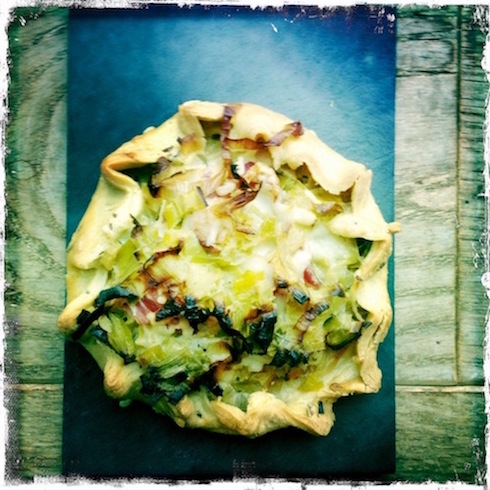 Line a baking tray with silicone-coated parchment paper. Heat the sugar and syrup in a heavy saucepan over a medium heat. Cook until the mixture reaches 150C, by which point it will be golden and bubbly. Take off the heat and quickly whisk in the bicarbonate of soda (it will start to rise and foam up). Pour quickly into the baking tray. Leave to cool slightly before placing in the fridge.

Once cool and firm, bash up half the honeycomb quite roughly. Remove the ice cream from the fridge and place in a large bowl. Fold in the chunks of honeycomb, place the mixture in an airtight container and put in the freezer. Leave for 30 minutes to harden to a scooping consistency.

Whip the cream to soft peaks and set aside. Peel and halve the bananas lengthways. Place in separate bowls and add 2 scoops of ice cream to the centre of each. Scatter the berries over the top, drizzle with the warm chocolate and add a dollop of the cream. Top with a glacé cherry and a couple of pieces of the chocolate-dipped honeycomb. 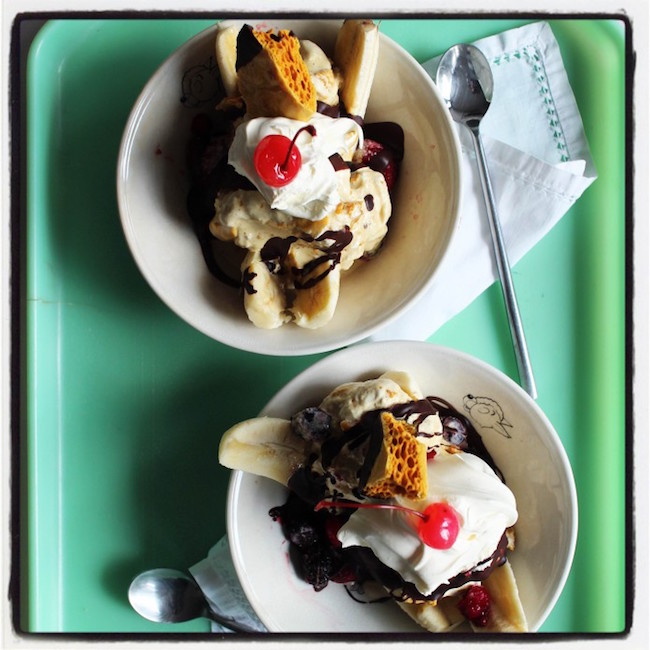 Preheat the oven to 220C (200C fan). To make the filling, whisk the egg yolks with the sugar until pale, then incorporate the corn flour until you get a smooth paste. Heat the milk, cream and vanilla bean paste in a medium pan and bring to scalding point.

Add a splash of this to the egg yolk mixture, whisk vigorously, then incorporate the rest. Return the mixture to the pan and stir over a low heat until it thickens (this will take about 15 minutes). Do not let it boil or it will split. Cover with cling film touching the top of the surface (otherwise it will form a skin) and set aside to cool.

Dust the work surface with half the caster sugar and the cinnamon and roll out the pastry to a 15cm x 20cm rectangle. Dust with the remaining sugar and press it in with the rolling pin. Starting from the longer side closest to you, tightly roll up the pastry, then cut into six pieces. Take one piece and place it spiral side up in a hollow of a non-stick six-hole muffin tin. Use your thumb to push the dough outwards, evenly lining the base and sides. Repeat with the remaining pieces.

Add a spoonful of eggy custard to each hollow, leaving a 1cm gap at the top. Cook in the oven for 30 minutes or until the pastry is very crisp and the filling is puffy and slightly scorched. Remove from the tin and cool on a wire rack. Best eaten the same day! 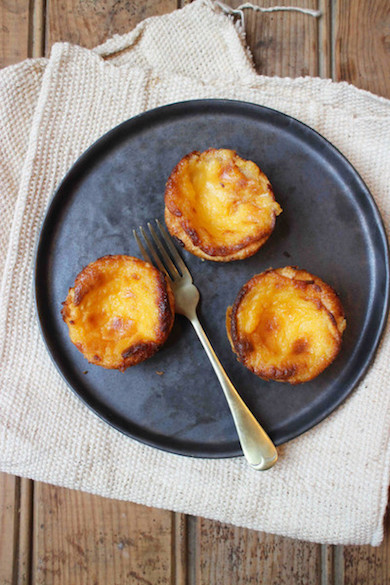