All Sheikhs are Arabs but all Arabs are not Sheikhs. Yes, its a common misnormer to address all white robbed men as Sheikhs but truth is, only the royal families are allowed to use the salutation of Sheikh while rest are best known as localities/Arabs or Emiratis. To add to that, no Sheikh has ever basked in the limelight as much as Sheikh Mohammed Bin Rashid Al Maktoum does. And all that limelight, has never been more justified. If part of it stems from the lives of the royals being more public than ever in this age, that’s only a small part. The majority of the reason remains in what he has brought to the UAE as the Prime minister and to Dubai, as its ruler. 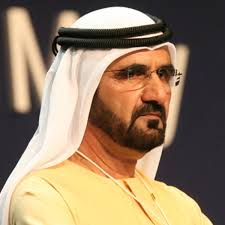 The country of Dubai is a monarchy and has been ruled by the Al Maktoum Family since 1833.

United Arab Emirates was formed in the year 1971 and is, in simple words, seven emirates put together. Each emirate has its own ruler but all are presided over the President of UAE. Dubai is the largest Emirate out of these seven and the president is elected from one of the 7 emirati leaders. In the year 2006, it was the turn of Sheikh Mohammed Bin Rashid Al Maktoum to be the President of the UAE, being the ruler of Dubai.

Sheikh Mohammed Bin Rashid Al Maktoum is often credited with making Dubai the sprawling city it is today. He is the man who has opened up vistas in Dubai to the world for exploration, and has made Dubai the pride of the Emirati people. His persona is charming, authoritative but at the same time a leader who understands the importance of human touch.

The king of sky, seas and skyscrappers

In 1971, he became the first defence minister of UAE. That was his first time assuming office in the governance of the country. Further, during his stint as the defence minister for the UAE, the now leading airlines, “Emirates”, took its flight as did the Dubai Air show, in the year 1989. To give one an idea about how successful these two ventures have been, there is one beautiful example:

In the 2013 Edition of the Dubai Air Show, Emirates placed the largest order for airplanes in history.

After making his mark on the skies, in the year 1999, Sheikh Mohammed Bin Rashid Al Maktoum founded the Dubai Ports International. Subsequently in the year 2005 the port merged with Dubai Ports Authority to form DP world.  As of today, DP world stands as the largest marine terminal operators in the world. Midas touch? Hard to refute that.

Going further, he built the Burj Al Arab, touted to be the most luxurious and ONLY 7 STAR hotel in the world! Then came the Palm Islands – Palm Jumeriah that have been captured aerially so many times to be printed on tourism brochures that have everyone dreaming up the Dubai trip.

When we are talking of buildings and Dubai in the same sentence, one has to pay their respects to Burj Khalifa. The tallest building in the world which is the centre of the Downtown Dubai development, a project again spearheaded by Sheikh Mohammed Bin Rashid Al Maktoum.

Its already known to many that Dubai is now building a tower even taller than Burj Khalifa! If that was not enough to make jaws drop then here is another piece of news: Dubai is also developing a group of Islands which will resemble different countries of the world. What more? Each of these islands will have average temperature same as what it is in the native country!

However, while building world marvels that pierce through clouds, the ground realities weren’t ignored. While reforming the political structure of the country, he aligned social welfare and justice with economic development.

For a nation to get there, a lot of things need to align to the same policy and attitude. One of the things that will hamper this would be corruption. Corruption is a disease that internally bleeds out a country. So, it’s not a surprise that the Sheikh has a zero tolerance policy towards corruption.

Yeah that is something every country’s government that is plagued with corruption says. However, Sheikh Mohammed Bin Rashid Al Maktoum is a man of his words. In 2001, he ordered the arrest of the head of Dubai Customs and the Chairman of World Customs Association over chargers of corruption.  This arrest was followed by a string of high profile arrests, leaving the world gaping at the city of Dubai. Contrary to the custom of keeping the arrests and the offences hush hush, they were publicly “named and shamed”.

This was is just one instance. Sheikh is known to make surprise visits to government offices to keep a check. Now that is what we call, a zero tolerance to corruption taken seriously and personally.

He is an internationally known figure in thoroughbred horse racing and breeding.  As a child, he used to race horses. So the interest has its roots in his childhood which he took it up a notch and how!

Darley Stud is the biggest horse breeding operation in the world and, it is owned by him. His horses have won races all over the world. And has age softened this? No. At the age of 63, he won the 2012 World endurance championship. 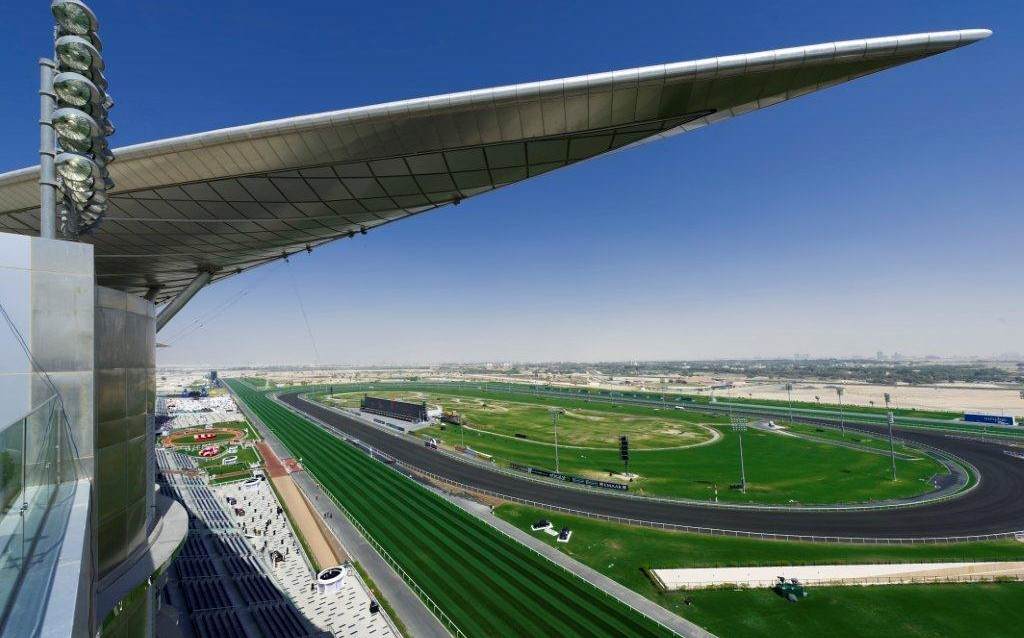 The Sheikh and his Poetry

Everyone understands the importance of art. But, someone who has art in his own hands, understands it on a whole other level. The sheikh is a poet himself, starting very early on under the pseudonym, “Saleet”.

This love for art was brought to Dubai in various brilliant ways, like the setting up of SMCCU with the motto “Open Doors, Open minds” or the Patron of Arts award. With a gentle hand, he guided a city that could very easily lose itself in its own parade of lights to stop and smell the flowers.

Dubai obviously is rich, flourishing and under the firm rule of a great leader and always becoming better.  But its ruler always had an olive branch extended to the less fortunate countries. His philanthropy and generosity is yet another unrivaled quality about him.

If you thought Dubai and its ruler just built big buildings; you will change your mind. The aid Dubai offers is just as grand as its buildings. It hasn’t left itself behind.

The Dubai Humanitarian city, set up in 2003, is now the world’s largest hub for aid. Campaigns like “Dubai Cares”, “Noor Dubai” and other aids to poorer or disaster struck nations are an ongoing feature of the country.

Not to say that everything is perfect and that, there are fountains of gold sprouting up everywhere in Dubai. No, every place has its imperfections. But, Dubai carries the weight of a glitzy, glamorous and flourishing city with its name. And, we just wanted to show you why and who was behind this giant push towards prosperity.

So when one speaks of Dubai, one might not immediately think of its ruler. But we can only hope, if you were ever curious as to Why Dubai and why is it loved? We’ve just given you a part of an answer.