Picture perfect is the word that came to everyone’s minds when describing Meha and Rishi. They were the perfect couple. High school sweethearts, they had dated through school and college. Even when Meha was in Mumbai working on her Master’s Degree, and Rishi was in Canada working on his, they stayed strong. All these years of patience, understanding, and long distance communication had finally paid off.

Meha’s family had known Rishi since he was in his diapers. They knew his family and had absolutely no hesitation in giving the couple their blessings. Rishi’s family, on the other hand, had always had slight reservations about his and Meha’s relationship. Surprisingly, it had more to do with Rishi’s personality than Meha’s. They adored Meha, and they knew that she was the perfect girl for Rishi. 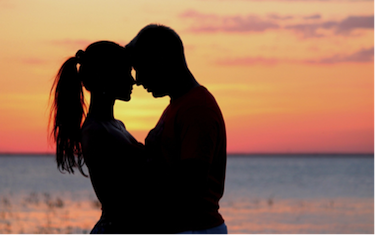 This May, when Rishi came back from Canada, they had decided to finally get engaged. They had always been informally engaged, but it was time to formalize their relationship. Rishi and Meha had absolutely no doubts about the fact that they wanted to spend the rest of their lives together. They had been certain of this since they became friends in school. They had common friends, they did things together, celebrated birthdays and anniversaries and festivals together. It was as if they were one person, and no one could imagine one without the other.

Time flew by and they got engaged. All their friends and family attended the ceremony. It was a grand affair. Both the families had been waiting for this for a while now, and they wanted to make it big and memorable. The date for the marriage was set. There was no need to wait now. Meha and Rishi had finished studying. They both had wonderful jobs in New Delhi. They had just bought a house so that their parents could stay with them whenever they wanted to visit. Their life was nothing short of a fairy tale. 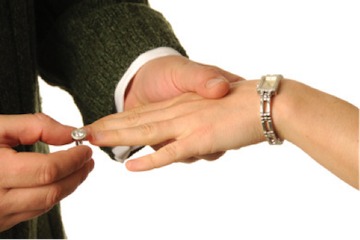 The wedding took place in Goa. It was another grand affair, but only with the closest family and friends. They wanted it to be intimate. They wanted their wedding to be about them and not about the guests. Of course, Meha and Rishi had a few disagreements, and one of those disagreements had escalated into an ugly fight. But every couple fights and every couple has ups and downs that they have to work their way through.

Rishi’s temper had reared its ugly head quite a few times in the past few months. But Meha had learnt to ignore it. She knew how to pacify him and calm him down. The easiest way was to distract him with other things. During wedding planning, it had become harder to get him to calm down. His temper was getting worse. Increasingly, he would get annoyed at small things and blow them up. Meha attributed this to stress before the wedding. She had known him for years. She had no reason to think his anger meant he loved her any less.

The day after their wedding, she stepped out of the bathroom after a shower. Rishi was still asleep. Last night had been strange. They had had an argument about something trivial. She opened her bag and picked out a long sleeved shirt and jeans. When she lifted her hand to wear the shirt, you could clearly see the bruises on her back and arms. All these years, she had thought she could calm Rishi. She thought she of all the people would be able to save Rishi from himself and his temper. Of all the days, her wedding day was when she was proved utterly wrong. Love is a strange thing.