Short Story: The Cat That Wasn’t

The Monday meeting was about to begin when Steven’s phone rang. His father Martin had the knack of calling him at all odd times. “I’m sure he can’t find the remote again,” Steven said aloud, as he disconnected the call. The phone rang twice again before Steven turned off the ringer and gathered his papers to go in to the meeting.

Three hours later he checked his phone again to find two more missed calls and a text message from Dad telling him something was wrong with the car. “But of course there is,” thought Steven as he packed up for the day.

When they sat down to dinner that night, Martin asked him if he had checked the car. “What is wrong with it?” asked Steven. “I took a look when I came in, it seemed fine to me”

“The car is fine,” said Martin. “But did you hear the cat?” “A cat?” repeated Steven, “That’s quite possible, Dad, You must have left the garage door open again and a cat must have wandered in.”

“But what is it doing in the car? I could hear it mewing when I drove it today” said Martin. “Don’t be silly Dad, there is no cat in the car,” said Steven as he shoveled forkfuls of food into his mouth.

“I’m telling you, Stevie, there is a cat in the car,” said Martin. “Don’t worry about it Dad, I’ll take care of it,” said Steven.

At dinner the next day, Martin asked him again if he had heard the cat. “But we don’t own a cat, Grandpa,” said Steven’s five-year-old daughter Lilly, as her older brother nudged her to be quiet. He stuck his tongue out, pointed at Martin and drew circles in the air above his ear. Steven caught his eye and grinned back at his children. “Lilly is right, Dad, we don’t own a cat.”

“You’re imagining things, Dad. When is your doctor’s appointment?,” he said, attempting to change the topic. “I’m not,” said Martin. “And it’s on Thursday.” “Don’t drive,” said Steven. “I’ll take you.”

“Will you go get the car fixed after that?” asked Martin. “Yes Dad, I will,” said Steven with an exasperated sigh. His father wasn’t getting any younger. Sometimes he was convinced the remote was conspiring against him, other times he was convinced someone was trying to sabotage his well-cared for petunias. And now this cat. Was he hearing things now? Steven wondered.

“There,” said Martin, as they drove to the hospital on Thursday. “Do you hear it? There’s that cat again.” “I don’t hear anything, Dad”

“Listen close,” said Martin, “There is a cat in the car”.

“I hear it, Dad. You’re right,” lied Steven, as he neared the hospital building. Martin’s doctor told Steven that his father was healthier than ever, but he was not convinced. “Dad needs a new doctor,” he told his wife that night. “I don’t think his old doctor is any good.”

The next morning, the car refused to start and Steven took a cab to work. That weekend, he called the mechanic over to take a look at it. As they opened the car door they were hit with a foul smell. “What on earth is that?” asked Steven. “I’ll take a look,” said the mechanic as he tinkered with the car. An hour later, he called Steven to the garage, asking him to come alone. When Steven walked into the garage, the stench had only grown stronger. The mechanic said had found a dead cat in the engine compartment of the car. The cat must have snuck inside the car, seeking some warmth, and gotten stuck, the mechanic told a dumbstruck Steven. “By the looks of it, it was alive for quite some time before it died,” the mechanic told him. “I hope it wasn’t a pet because I threw its body away. How did you not hear it all this while?” he asked, as he started the car. The engine revved to life, as a deflated Steven paid the mechanic, aired the garage out, and walked back inside his house. 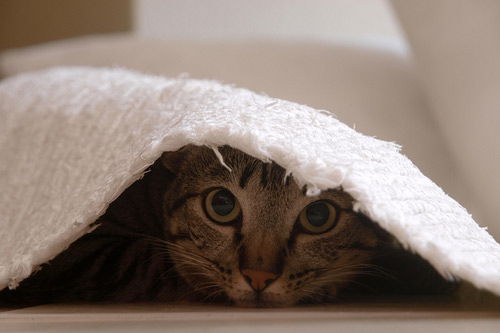