Everything about her was a mystery, which only made her more interesting. When I look back on that day, 13th December 2011, I know I should have realized that a person shrouded in so much mystery either harbours a deep secret or is dangerous. Her radiant smile and the twinkle in her eyes made me ignore the multiple warning bells clanging in my head.

I know she caught me staring at her in the coffee shop. I was a regular there and when I asked Ali, my favorite waiter about her, he had no clue about who she was. She had been coming there on the exact same day that I had, every Friday, for five weeks now. 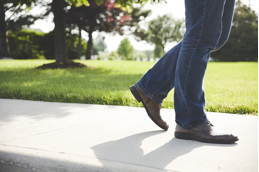 She came alone, ordered the same thing, always left a 10% tip and walked out after precisely 45 minutes in the coffee shop.

I was trying not to be presumptuous, but it was hard to ignore the glances she sent my way when I entered the coffee shop. I often told myself that she probably liked the coffee here, or maybe she was waiting there for a friend, or maybe, just maybe, she was waiting for her boyfriend/husband. Three more weeks of stolen glances, surreptitious looks and radio silence ended when Ali handed me a napkin with my name written on it. I was nervous, excited, scared and experienced every emotion possible in those five seconds that it took me to open the folded napkin.

My first question should have been, “How on earth does she know my name?” But sadly, in the throes of something along the lines of infatuation, I was just happy to get my hands on that napkin. I opened it to find a very weird address scribbled in red lipstick. Ah, more mystery from the mysterious woman.

“Should I go there immediately?”
“No, that looks extremely desperate, even though I am!”
“Patience is the key to the game.”
“Or maybe not, what if she is waiting for me?”

My internal monologue continued until I opened the second fold to see 7 pm written in more red lipstick. 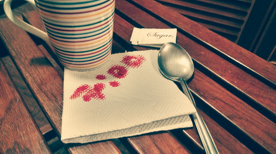 I looked up to see the mysterious woman leaving the coffee shop. It was 5 pm already. No one in the coffee shop knew where the address was located. I walked out to try and find someone who could help me. Five minutes later, a woman of my mother’s age pointed me in the right direction. Before she left though, she gave me a weird look and told me to be extra careful. I nodded at her motherly concern, but did not give it much thought.

Everything that happened after I reached the mysterious abandoned fort is a haze. I remember reaching there and seeing the woman. She did not tell me her name, but only beckoned me to follow her further into the maze of walls. Once we reached a clearing, she motioned for me to sit down and came to sit beside me. She put her hand over mine and I felt a jolt of electricity go through me. When I woke up half an hour later, she was gone. I felt a searing pain in my abdomen. I pulled up my shirt to see a precise incision and stitches where my right kidney should have been.