She promised to never forget him, but fate had a way to prove her wrong. Sara and Shaan were college sweethearts. They knew that they could never be together as they hailed from different religions, which was a big hindrance to their story. In the last year of college they decided to split mutually but their selfish love made them make a promise to each other. He promised that no matter how hard things might get, they’d meet every month on the 25th under Kaling Bridge. She sealed the promise with a small nod and a smile. 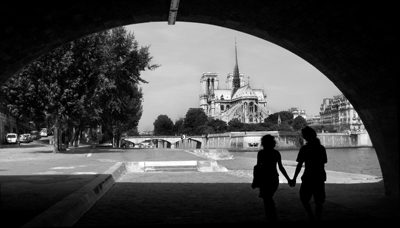 And then, life happened. Both got busy with their hectic lives and Sara had to look after her husband Muhammad as well as her son, Rahman. Shaan had become a successful banker. But for 12 years they continued to meet each other under the bridge and share their daily lives. She cried about how monotonous and loveless her life was. All Shaan could do was hold her hand and comfort her through her misery. He never got married.

However, fate had different plans despite their best intentions. On one such month, he waited and waited, but she never showed up. The trend continued for 4 months after which he became seriously concerned. On the 5th month, Sara showed up with a smile as though nothing had happened. She acted strange and started kissing him like she did in their good-old-college days. Somehow, she was dressed like a teenager too. Shaan was bewildered beyond imagination but he liked the situation and didn’t want to stop it.

On 14th of the next month, he received a call from an unknown number.

“Hi, are you Shaan? I am Muhammad, Sara’s husband. I needed a favour”.

In his mind, he was scared that her husband might have found out about her escapades and tortured her emotionally. He also wished for her safety. A million thoughts ran through his head at that point, all centred around Sara. “Can you come over, please? It’s urgent.”

He rushed over to her house and was shocked to see her screaming his name and wailing. As soon as she saw him, he grabbed his collar and started screaming.

“Where did you go? Why did you leave me and go?”

He looked around. Her husband was sitting at the corner of the room and wore a very weird expression that Shaan couldn’t read. The doctor dragged her away and gave her an injection which put her to sleep.

“She’s suffering from Alzheimer’s and the only thing her brain is stuck on is you, Shaan. She thinks you’ll leave her and go. She refuses to believe otherwise. You need to stay with her for now till she gets better,” the doctor said. Muhammad without being selfish agreed to this arrangement. Shaan was thrilled and was trying to conceal his happiness with great difficulty. Spending time with her was his only dream in life.

With his help, she started getting better, but Shaan knew that her recovery would mean that they wouldn’t be able to spend time together in future. So, in a moment of selfishness, he started doing the unthinkable. He didn’t give her proper medicines or injections and let her health detioriate just to be with her all day.

…
Standing near her burning pyre, he knew it was his fault. If he had not become selfish and given her the medicines on time, she would have survived longer. But he had no regrets, he got to spend a lifetime with her in eight months and that’s all that mattered to him. The poor girl didn’t even know what took her life at the age of 25.