Short Story: Wish Upon A Star

On Christmas Eve, the smell of delicious food coming out of the kitchens from different houses filled his heart with despair. The lights on the Christmas tree flickered and danced to the tune of the carols and the angels sitting atop the tree seemed to be casting a magic spell all around the place, spreading an aura of happiness and glee. This magic touched the lives of everyone, but him. He was cold, hungry and all alone. To his loneliness a lone shooting star travelled above him and he quickly made a wish! 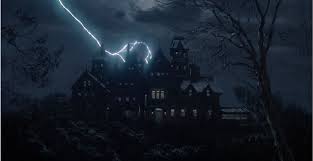 It was the chilliest of nights and the cruel wind made it even more difficult to survive. He had never believed in Santa Claus. Through the walls and open windows of big houses, he had heard stories of the great old man in the red suit. He had heard that this fabled man came bearing gifts for children who had been good all year round.

In his 14-15 years he had never believed in these stories. He had seen the world and knew better than to believe in magic and magical creatures. His countenance appeared as that of an old man with the burden of wisdom beyond his years. But only on nights such as this, he could not stop himself from believing in stories and fairies and fairy dust.

Only tonight, before going to sleep on the cold sidewalk, he wished upon a star. He wished to enjoy one Christmas of his life with a roof above his head and some food before him.

The next morning when he woke up to the chirping of the birds, he hardly knew his fate was about to change. He went about his daily work of looking for food in the garbage dumps and begging to strangers for money. Sometimes he did odd jobs such as cleaning someone’s car or carrying someone’s luggage from one destination to the other. Today was Christmas and people in the spirit of charity threw a few extra bucks at him and he was more than content with it.

One kind looking gentleman noticed this young boy sitting on the footpath in ragged clothes and gulping down stale bread. He observed him for some time and then went up to him hastily. “You don’t have a job do you?” The man asked. “No not really” the boy answered taken by surprise! “Do you want to come with me? You can stay and work at my house and I will give you food” the man said expectantly. The boy was quick to agree. The prospect of food and a house cheered his heart.

It looked like God had finally heard his prayers. It was Christmas and he had food and a small dark corner of a massive mansion. He had worked all day cleaning the house, but he was content because he had everything he wished for. 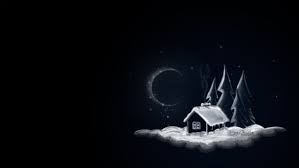