Significance of Ring Ceremonies In India

Be it the engagement followed by a gap and then the wedding, or the ‘chat mangni pat byah’ kind of wedding, ring ceremonies never gets missed out. There are many questions around the ring ceremony. When it should be done? Which hand and which finger should the ring be worn on? Why is solitaire considered to be the most romantic ring and so on. Not just that, importance of ring ceremonies is so much that many cultures have a ring related rituals even after the wedding has got over! The popular one being couples are asked to find the ring from a bowl of milk or coloured water.

So what’s the point of ring ceremonies? Did this tradition come from outside or was it a part of our culture from before?

The meaning of a ring ceremony and thus the ring finger has to do with some bit of romantic medical misunderstanding. Historical records show that ring ceremonies were first documented in the European cultures. There are records from the Greek culture propagating the belief that the veins from the ring finger connected directly to the heart. Ring Finger is also considered as the ‘life finger’ because it had the direct connection of oxygen flow to the heart. Therefore, it became the right finger to associate with a life-long bond of the heart.

Some other records state that marriage as a bond needed protection from the couple to keep it going. Since thumb is too far placed and index and little fingers are on the edge, so the ring finger qualified to be the ideal one for wearing the ring which was a symbol of protection of the sacred marital bond. For some unknown reason, middle finger was considered to be vulgar even then. This seems like an interesting explanation too. 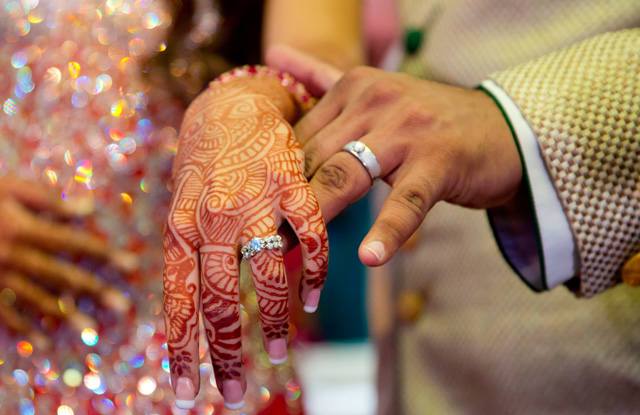 When & how did we have this seemingly western traditions infused into ours?

Turns out that our weddings had already started to look very different from the Vedic period, with each successive invasion. Britishers came into India in 1700s and slowly their cultures also started to influence us. In the 18th and 19th century, there was a burst of information about other people when industrial revolution and globalization had taken route.

Therefore, we saw English movies, and our movies began to copy from them. Many of us were ‘foreign return’ and we brought back seemingly interesting cultural practices to our land.

By the time we started to exchange rings in our ceremonies, it did not feel alien because we had seen some or the other history of the ring. Another major push to this was provided by our jewellery industry. 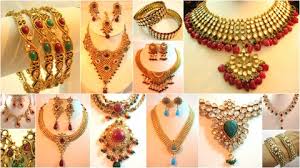 We had very talented artisans right from the Hindu kings times. With time, we not only produced beautiful jewellery but also imported a lot of it later on. India had one of the highest gold reserves. Therefore, the ring and the finger it was worn on became all the more significant by interwoven traditions around it.

Besides, Kings have always known to wear rings with precious stones for many auspicious reasons. They would do so especially around wars. Therefore, a combination of ring-wearing behaviour plus foreign land traditions have made ring ceremonies important in our weddings today.

Why Was Polygamy Never An Option For Queens?

Why was Polygamy Never an option for Queens?