The good guy can never appear as good unless there is a bad guy to compare him with. Isn’t it true that not only do villains highlight the goodness of heroes, but also provide us with an outlet of our negative desires? Bollywood has some really great actors who play negative roles. These legendary villains are so convincing that as a child, I would have a hard time believing when a typical ‘villain’ played a good guy! Here is a list of some awesome villains of Bollywood!

Who can forget the hilarious Crime Master Gogo? His dialogue “Aaya hun toh kuch lekar hi jaunga” is etched in our memory. Andaaz Apna Apna would not have been as fun as it was, were it not for this legendary villain! He has also played villain roles in the memorable films like Chaalbaaz, Ankhein, Main Khiladi Tu Anari and of course, Gunda. 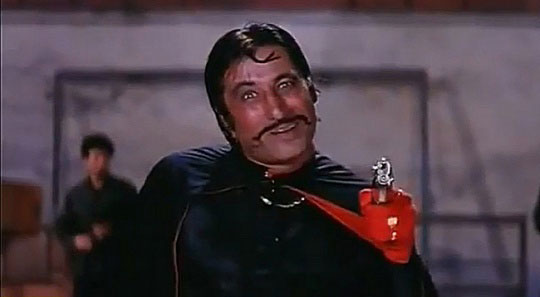 The heavy-voiced Mogambo fits the perfect stereotype of a villain. Who would have thought that a golden wig would suit an Indian man so well? Ambrish Puri was a versatile actor but I personally liked seeing him in negative roles. Some outstanding performances as a villain are in movies like Mr. India, Koyla, Damini (remember the hair flipping lawyer?), Ghayal, Meri Jung, Ram Lakhan and Saudagar. 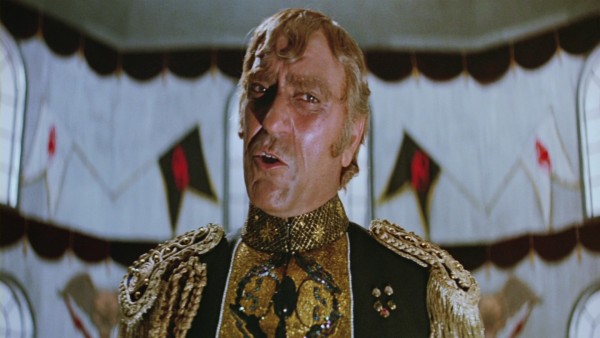 Dil Garden garden ho gaya! And no, I’m not talking about the song. Rather, I’m talking of this Bad Man with a Dirty Mind. Gulshan Grover, the most lovable villain of Bollywood worked not only in a series of Hindi films but also in Hollywood as well. Some of his memorable performances are in Mohra, Khiladiyon Ka Khiladi, 16 December, Ram Lakhan and Hera Pheri.

This man with the booming voice often played a corrupt drug lord or politician. While he also did quite a few positive roles, his role as villains surely stand out. Perhaps the most influential role was as Sir John in Ram Lakhan. He was also one of the villains in Mohra as Jebran – “Baarud ke dher pe baithke aag ka khel nahi khelte”. His negative roles in Heena and Vishwatma are also worth remembering. Recently, he was part of Bajirao Mastani.

The quintessential creep, he was and continues to be one of the most memorable villains. He would often play a lustful, rich man trying to get his way around women. His famous movies for roles as villains are Hulchul and Dharmatma. Most recently, he appeared in Houseful 2 as himself.

Prem Chopra is another one of those villains like Ranjeet who uses his own name. Even when he would play the role of a villain his screen presence would capture the audience’s attention. Some of his best parts have been in Bobby, Dulhe Raja, Kati Patang, Do Raaste are some of the other movies where he has played impressive roles as villains.

Who can forget Gabbar Singh? The man known by the sound of his boots on rocks and by his scary laughter, Amjad Khan is definitely THE villain of Bollywood. Starting as Gabbar in Sholay, Amjad Khan went on to play quite a few negative roles. Some of the best roles he has played as villains are in Himmatwala, Mr. Natwarlal and Suhaag.

This great man is associated with fatherly and royal roles now, but that was not always the case. He played this really impressive villain called Shaakal in Shaan. I personally think it should have been ‘Sharkal’ since he had sharks floating in his under ground water torture chamber where he would routinely dunk people who offended him. But anyway, lame jokes apart, this character was inspired by the Bond movies character Blofeld.

While he has appeared in quite a few positive and supporting roles, Pran can do really well in negative roles too. Some movies to remember him by are  Jis Desh mein Ganga Behta hai, Madhumati, Zanjeer and Amar Akbar Anthony. He played a really classy bandit in Jis Desh mein Ganga Behti hai, by the name of Raka. “Hum wo hai jo ameer ko thoda sa gareeb aur gareeb ko thoda sa ameer karte hai, hum duniya barabar karte hai” is a line from that movie. Check out his look: 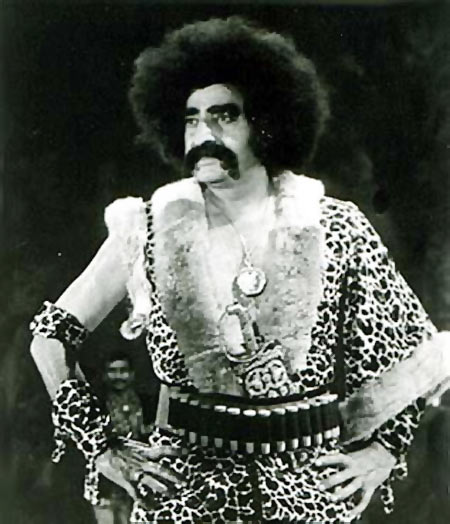 He played Kaancha Cheena in the original Agneepath and played it so well that we all hate Kaancha from the core. He is one of the most talented villains of Bollywood. His other memorable roles are in Ghaatak, Hum, Bhagwan Dada, Krantiveer and Andar Bahar.

Overall, we feel that this is not an exhaustive list and there are so many legendary villains who make our movies as entertaining as they are. Who are your favourites?