The idea that there is proof of running water on Mars has caught the world’s imagination. But imagination of the world, meet imagination of me, which can be a formidable force. Because you see, I have an advantage the world in general does not have: a complete and utter lack of any knowledge of astrophysics. Or geology. Or physics in general beyond the class five text book.

So with that sharp, incisive and keenly questioning mind, I went looking for other seemingly outlandish theories that could be true if there’s water on Mars. Here are a few to keep you intrigued and entertained, and maybe a bit terrified.

We’re due for an asteroid collision 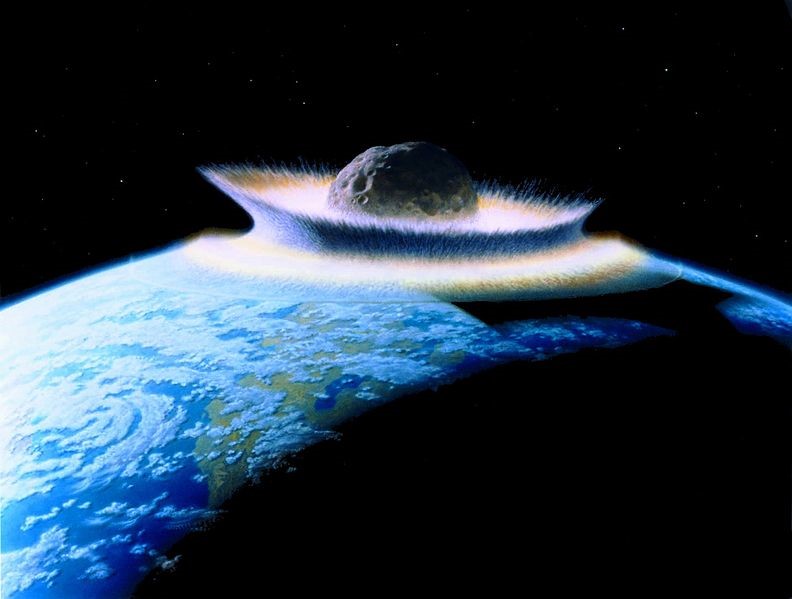 Planetoid crashing into primordial earth, aka possible apocalypse, end of the world, via wiki

Oh yes, our lovely planet is due for a big kaboom. Dinosaurs went extinct thanks to an asteroid that kaboomed into earth about sixty five million years ago. That asteroid, according to people who found the crater caused by it and measured things I don’t understand, was about six miles, or ten kilometres across. It was so devastating that it made a species that could’ve made us go extinct very easily go extinct. According to more calculations that I don’t even pretend to understand, earth is expected to get hit by an asteroid that size once every hundred million years. We’re past the halfway point there now, so it could be coming.

If that seems unlikely to you, consider this. There are about a thousand asteroids that are close enough to the earth that there could be collision, each at least one kilometre across. That is still big enough to cause the end of civilisation, and there’s a one percent chance that one such could hit every millennium.

According to this, there are two universes. In different dimensions, but not like parallel universe or multiverses. Pic via wiki

The Ekpyrotic Universe theory has a more interesting origin: it’s that the Big Bang wasn’t an origin point, but a certain point in a cyclic expansion-contraction that the universe goes through. But here’s the really interesting part. This theory says that there are two three-dimensional universes that collided in a fourth spatial dimension to cause that big expansion/contraction moment that came to be known as the Big Bang. This means that there is an alternate universe in another dimension that exists, at this moment, just a few vibrations of atoms away. All kinetic energy and matter in our universe was created thanks to that collision.

Some people also call it the Big Splat theory, giving you the image of two universes that are drawn together until they splat together, causing a huge Bang, after which there’s a period when they move apart again – which is expansion, something that Big Bang theory, too, says is happening to the universe. The cycle continues. It’s also called the Big Bounce, where the Big Bang is the moment that transitioned the universe from contraction to expansion thanks to the big collision in another dimension.

This theory is considered the precursor of the ‘cyclic universe’ theory and actually has a lot of support in the scientific community, and explains the ‘what came before the Big Bang’ question. Or at least, it would if I could understand it. String theory comes into the really accurate scientific explanations, so I assume Sheldon would approve. 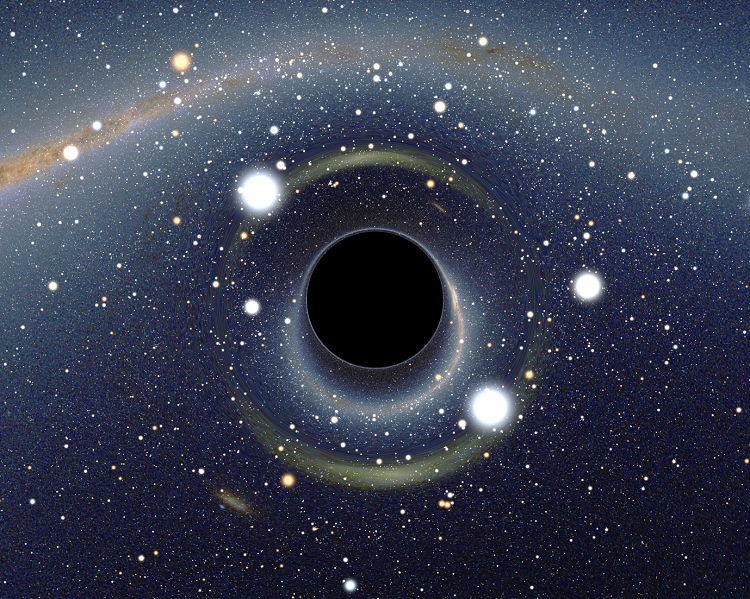 Again, in my pathetically layperson’s terms, a black hole draws energy and matter. Everything that goes near its horizon gets sucked in. But what happens to it after it gets sucked in? Energy, matter, everything gets drawn into black holes. It can’t just go nowhere – there’s a vast universe out there, so ‘nowhere’ would also technically have to be part of some universe.

Apparently, this explains things like the ‘impossible singularity’ (an unlikely event used to explain the Big Bang), gravity (or general relativity, which is used to explain gravity) and quantum mechanics. It gives you the idea of ‘spacetime torsion’, which, according to people who actively research this theory, could explain dark energy – the cause of accelerated expansion of the universe that has, so far, not been explained.

Since we can’t explain most things about a black hole, or even locate them accurately, this could very well be true. Why not? Anyway, according to this theory, aliens are a guarantee, and I like ET and ALF.